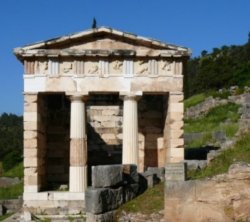 Delphi â Treasury of the Athenians, built to commemorate the Greek victory over the Persians circa 480BC. As a result of these treasuries, through the protection of the Amphictyonic League, Delphi came to function as the de-facto Central Bank of Ancient Greece. It was the abuse of these treasuries by Philip of Macedon and the later sacking of the Treasuries, first by the Celts, and later by Sulla, the Roman Dictator, that led to the eclipse of Greek civilization and the eventual growth of Rome.

Daniel the Prophet was was told,

Then said he, Knowest thou wherefore I come unto thee? and now will I return to fight with the prince of Persia: and when I am gone forth, lo, the prince of Grecia shall come. (Daniel 10:19-20)

And now will I show thee the truth. Behold, there shall stand up yet three kings in Persia; and the fourth shall be far richer than they all: and by his strength through his riches he shall stir up all against the realm of Grecia(Yavan). And a mighty king shall stand up, that shall rule with great dominion, and do according to his will. And when he shall stand up, his kingdom shall be broken, and shall be divided toward the four winds of heaven; and not to his posterity, nor according to his dominion which he ruled: for his kingdom shall be plucked up, even for others beside those. (Daniel 11:2-4) 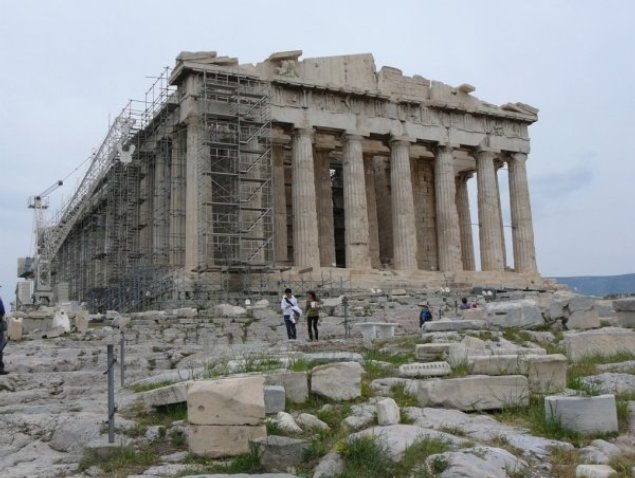 Athens â the Parthenon on the Acropolis. Built of marble, dedicated to Athena. Built in 447-432BC in the Golden Age of Pericles.