1) The Extent of Inspired Books

But the study of the orgins of use of the Bible books in history and the Bible itself shows evidence for divine preservation and very early acceptance of the books considered inspired.

The book called the Bible (from byblos Greek meaning 'book') is actually a collection of books written over a period of more than 2000 years, in Hebrew, (Chaldean, Aramiac) and Greek. The full collection is called the Biblical canon. The word canon is from the Greek 'kanon' meaning 'reed', 'rule' or 'measure', which is likely from the Hebrew קנה 'kaneh'. The Bible canon is the full measure of books considered inspired.

Though the core of accepted inspired books seems agreed, there are some books that appear in some Bibles but not in others. In addition, in the English speaking world various translations have included books as an appendice that were not considered inspired. The King James translation included some books not considered inspired, but separated them and labelled these books as hidden or in Greek apocrypha. In addition over time some other books have emerged.

There is much historical information about the formation of the various canons and translations of the Bible, much more than for any other book.

The variation in Bible canons is due to church leaderships at various times determining which books they thought were inspired. But they had no authority to decide, as there is evidence that a writing was known as inspired at or near the time it was written. Due to the evidence of the revealed power of the God of the Bible in events in the world, we can be sure that, despite human interference, we have all the inspired writings in the modern protestant Bible.

For the remainder of the article we will define the Bible canon as the full collection of books that were known as inspired at the time of their writing. 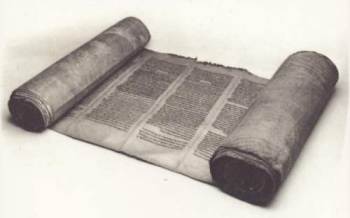 Why the original texts are considered inspired and translations are not.

In the book of 2 Timothy, Paul writes, (from a word for word translation),

All writing inspired-of-God is therefore profitable for teaching, for poof, for correction, for that discipline in righteousness: (2 Timothy 3:16)

The disciple of Christ, therefore understands which writings are inspired, as they are the ones which are profitable.

Every investigation of specific words and their context in the original Hebrew and Greek text that we have carried out (such as 'paradise', 'spirit', 'satan' and 'fig') shows us an amazing extra insight and shows that all books of the Bible are connected to the level of the very words used. This is beyond human engineering and is evidence that the Bible is inspired. There is consistency in even what seems irrelevant detail throughout the whole Bible (eg. The carpenter, 2 Kings 8).

However study of words merely gives deeper insight. In analogy, if the whole word of God is a forest, then a translation shows the trees but the original text gives detail to the leaf level. But nobody learns the character of a forest by looking at leaves, hence the need to read the Bible in a familiar language.

How do we know in the extant texts we have the exact inspired words that were written so long ago?

This will be addressed on the following page.