It should be added that there are far more Christians, at 2.1 billion, outnumbering Muslims 4 to 3. But since when is it a numbers game?

Of the wars last century the first great war began between peoples of the same religion, as there was a hair's breadth of difference between Germany's and England's religion in WW1. And there was a huge death toll from the conflict between Iran and Iraq, both with a majority Muslim population. In wars since 1900 technology may have more affected who won, not troop numbers. And religion is a poor guide as to who was on which side. Numbers may not matter as much as people think.

Politics, Middle Eastern or otherwise, is thought to be about numbers. Often in noisy multitude.

A lot of voices agitating globally may give a sense of impressive volume.
Do quiet voices speaking in rational calm exist anywhere, anymore?

The idea of Numbers is constituted into 5 parts:

The second and fourth are a feature of the Middle Eastern political landscape. Apparent power comes from a leader gathering as a following all people except those against them. For this reason Israel has been very useful to those seeking power in the Middle East. Quite clearly the divides in the Middle East are enough to break the power blocks, but some leaders seek to exploit the category 'those who don't like who we don't like'.

For them it is about  numbers, as numbers are an argument for control, as shown by a  Jerusalem Post report by Abe Selig about the recent trouble at the Al-Aksa mosque,

But another man, who called himself Haj Faraji, who owns a vegetable store in the neighbourhood square, told The Jerusalem Post...
"Al-Aksa isn't just important to Palestinians," he said. "It's a revered holy site for two billion Muslims.”

Someone told Faraji there were 2 billion. Someone who is agitating for control and power. The BBC NEWS reported a detailed American study putting the figure at a possible 1.57 billion, most of who were not Arab and not living in the Middle East. This study also put the Christian population at 2.1 billion. The source of information Faraji was quoting wouldn't admit Muslim numbers were less than Christian, and inflated and rounded up the real figure by nearly 25%.

This Muslim use of inflated numbers was featured on a U-tube video which claimed that "in the Netherlands, 50% of all newborns are Muslim." The BBC NEWS investigated this and found this claim impossible.

But it shows once again the importance of the idea that power is in numbers.

But where, if this is the case, is Israel's power base at an estimated 14 million Jews? This is less than 1 hundredth the real number of Muslims (let alone their inflated figure). Clearly if numbers are the issue Israel needs allies, or "those who don't like who we don't like". Some in Israel seem to think numbers matter and look everywhere for support.

But let us explode the numbers fallacy.

Let's take the Al-Aksa mosque. If it is indeed a place valued by 2 billion people, when it is threatened the best they can muster is a handful of hoodlums that might number in the hundreds? (Debka reports 150-200 in a few 'platoons' causing problems. Even at 10 'platoons', it's a maximum of 2000 men).

There is ancient wisdom related to the reality of numbers,

"The race is not won by the swift, nor the battle by the valiant" Ecclesiastes 9:11

There is time and chance. Events often happen by chance, as far as it seems under the sun. But above the sun, in the Heaven of heavens, there is a different view on numbers. There, chance comes with loaded dice. It was said of the Israelites

It is not because you are the most numerous of peoples that the LORD has set His heart on you and chose you - indeed you are the smallest of peoples, but it was because the LORD favoured you and kept the oath He made to your fathers that the LORD freed you with a mighty hand and rescued you from the house of bondage.  Deuteronomy 7:8 JPS

Numbers don't mean a thing. It's about what God the One who controls chance wants, because- note this- God made an oath. The deliverance was not even because Israel were more worthy, or their cause more right.

It is for the glory of the God of Israel, that victory is given to those with fewer numbers.

“The LORD said to Gideon, “You have too many troops with you for me to deliver Midian into their hands: Israel might claim for themselves the glory due to me, thinking 'our hand has brought us victory'..let any who is timid and fearful turn back” JPS translation Judges 7:2-3

At that time an army of 32,000 was considered too many to face an the combined armies of Midian and Amalek. These armies were,

'spread over the plain as thick as locusts:and their camels were countless'. JPS Judges 7:12

An army of 10,000 was also considered still 'too many' to take on this vastly superior force. Gideon went into battle with a mere 300 troops carrying, not the best weapons, but a ram's horn and a jar with a torch in it. They were given victory, precisely because nobody could imagine how so few could win except there was another Power with them.

There is a charming incident in Israel's history about numbers. The Syrians declared Elisha a 'wanted man', as he was telling the king of Israel the movements of the Syrian troops. But when the Syrians finally had Elisha and his servant surrounded with a huge force, including chariots, Elisha was not one bit worried. The servant was. Very.

"Alas, master what shall we do?" his servant asked him.
"Have no fear," He replied,"There are more on our side than on theirs" 2 Kings 6:17 JPS

Which wasn't at all obvious. So Elisha prayed,

"LORD, open his eyes and let him see" ..and he saw the hills all around Elisha covered with horses and chariots of fire. 2 kings 6:17

The surrounding enemy army was blinded and Elisha and his servant led them to Samaria where the Israelites fed them and sent them home. This was the power given to mere two over a host. And not one death.

It is not a one off. Jonathan son of Saul and his armour bearer with one sword between them took on a the whole Philistine army with 30,000 chariots and 6,000 horsemen and so many troops the Israelites didn't bother counting them. Jonathan's rationale was,

'Perhaps the LORD will act on our behalf, for nothing prevents the LORD from winning a victory by many or by few'  1 Samuel 14:6 JPS

Approximately 150 years later, Asa king of Judah is reported as proclaiming to his army similar words

Asa cried to The LORD his God, and said, “LORD, there is none besides you to help, between the mighty and him who has no strength. Help us, LORD our God; for we rely on you, and in your name are we come against this multitude. LORD, you are our God. Don’t let man prevail against you.” (2Chronicles 14:11)

From where did they gain this great trust? The Law, the Torah, speaks of numbers.

Elijah, when he thought he was alone amongst enemies, ran to the wilderness. There he was shown what many see as mighty power; a mighty storm, an earthquake and fire. But he was shown that the real power was not in these, but in "a still small voice" (I Kings19:12).

The servants of the God of Israel don't need to seek the numbers for support. They don't need to hire crowds and to agitate multitudes. They need only speak with a quiet voice. There is not any virtue in the might of numbers.

It doesn't mean we need do nothing. No, it means if we seek first the One who can stack chance, and then they put effort and intelligence into speaking to others, then by seeming chance, by the oddest of opportunities, the word of God will prosper. We will succeed by a still small voice and a prepared mind. God didn't want quantity but quality. Jesus (Yeshua) proclaimed that only a few would find the straight path. 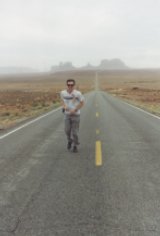 Because strait is the gate, and narrow is the way, which leads unto life, and few there be that find it. (Matthew 7:14)

If your congregation values being counted by numbers you might want to rethink whether they are going the right way.

The first political symbol of Israel is not a predatory animal, animal, plant or military symbol, but a lampstand. A lampstand fed with oil was shown to Zechariah, and he asked 'what is it?'

Israel need 'have no fear' when it looks as if the numbers are against them by 100 to 1, the eyes of trust of Elisha is, "There are more on our side than on theirs".

Even yet, the real Power on earth is in a still small voice. The people who matter will hear.

For more Israel at 61, the land that devours

Towards an understanding the Bible canon.