2) How do we know the text was preserved?

Extant Texts and the Material they were written on

The scriptures were not written on clay, though longlasting. Papyrus was common in the ancient world, but fragile. The Jews ruled that the material used for copies of the scriptures had to be skin (of clean animals). Fine skin is called vellum or parchment. The earliest documents existing on parchment date to approx. 190BC. Until the Dead Sea scrolls were found, the earliest Hebrew text was from 930AD, due to the constant renewal of the scrolls (and disposal of old scrolls) and loss due to persecution forcing Jews to leave old scrolls they could not carry behind. Until the Dead Sea Scrolls were found the oldest text from the Torah was in Greek (part of Numbers and Deuteronomy), and was from first half of the 2nd century AD. The Dead Sea Scrolls date between the 2nd century BC to the 1st century AD and include a complete scroll of Isaiah on parchment and fragments from all books except Esther.

We have evidence that for nearly 2000 years since Christ that the Hebrew text was accurately copied. The same standard was used for 1500 years before Christ back to when the Torah was written.

The earliest Greek complete texts of the Bible (including O.T) that we have are on vellum and date to the first half of the 4th century AD: The Codex Vaticanus and the Codex Sinaiticus. There are older portions of a codex with the four Gospels and the Acts, from early 3rd century, and Paul's Epistles of about 200AD. The oldest fragment of the New Testament is on papyrus found in Egypt. It is from John and is dated approx. 125–150AD.

The History of the Text

The Jews had one standard master copy of all books of the Old Testament. This reduced errors. The master copy of the book of the Law was most special and was kept beside the ark,

Take this book of the law, and put it in the side of the ark of the covenant of the LORD your God, that it may be there for a witness against thee. (Deuteronomy 31:26)

Samuel added the other master copies of books written up to his day and put them away, in the Tabernacle

Then Samuel told the people the manner of the kingdom, and wrote it in a book, and laid it up before the LORD. And Samuel sent all the people away, every man to his house. (1Sam. 10:25)

And Hilkiah the high priest said unto Shaphan the scribe, I have found the book of the law in the house of the LORD. And Hilkiah gave the book to Shaphan, and he read it. (2Kings 22:8)

It is a Jewish tradition that Ezra brought back the master copies of the books with the temple fittings. Ezra records,

according to the law of thy God which is in thine hand (Ezra 7:14) The vessels also that are given thee for the service of the house of thy God, those deliver thou before the God of Jerusalem. (Ezra 7:14-19)

As Kings and Chronicles reference other sources it shows that at the time those books were compiled that anyone could check the sources (2 King 21:25, 1 Chron. 29:29). There were some writings that were history but not considered inspired by those prophets who were given power to determine what writing was given by God. This matches with the record of the Maccabees that claims that Nehemiah founded a library (2 Maccabees 2:13-14). This would be in addition to the temple scrolls which were the master copies of the sacred books. The Maccabees rescued the original copies from Antichus Ephinanes as well as all the books they could. Josephus refers to the copy of “the scripture laid up in the temple” at least twice (Book 3 Section 1, ). The Talmud also speaks of the “Temple court copy” of the scriptures, from which the high priest read from on the day of Atonement. This set of scrolls making the scriptures “the laws of the Jews” was carried away by Vespasian and Titus. This set kept in the temple explained how Josephus could be so confident as to the number of inspired books (scrolls). 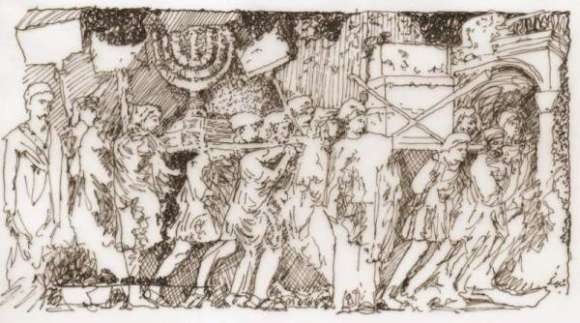 Ancient sources agree to a long history of respect for the writings of Israel and the existence of a priestly line that maintained the preservation of the Laws through the meticulous work of the scribes, on material that would not decay. The scribes were honoured since the time of Samuel (2 Samuel 8:17). By the first century AD Jesus could with confidence endorse the scriptures as the basis of knowledge of God, his expectations and purpose with the earth. What had been relevant to the Jewish nation became relevant to the Christians.

Modern Hebrew texts of the scripture are all based on just one text. From 270 to 500 AD the standard text preserved by the meticulous work of the Talmudists, then from 500 to 900 by the even more rigorous work of the Massorites who counted every letter of every manuscript produced and noted all possible variants. The various manuscripts extant show one single tradition going back to the Massorites in 930 AD (Preface JPS Tanakh).

In addition the Massoretic text was shown to be accurate when compared with the Dead Sea scrolls. The texts of Isaiah have been photographed and are now available on the Web at Isaiah Scrolls

The Dead Sea scrolls were not the temple copy and show where scribes have amended the text. Many of of the scribal emendations were corrections, obviously, to make the scroll accordance with another more correct scroll. That scroll which they used as a 'master' copy at beginning of the Common Era must have been exactly the same as the Massoretic text that we still have today 2000 years later.

The Greek New Testament gospels and the Apostles' letters were not as faithfully copied as the Hebrew text. However, the scholars now have such a range of ancient texts, with many early quotations all with such strong agreement that they can be sure they have the text. Our experience has been that the Minority texts (as used by Westcott/Hort) are more consistent than the Majority texts, they are also more reliable. Isaac Newton's critical research of the early church fathers suggests that the scribes of the Majority text may have been guilty of adding to the text. Any modern copy of the text of the Bible will reference the minor variants, none of which are significant if the whole Bible is understood.