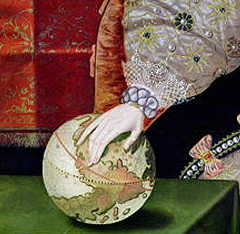 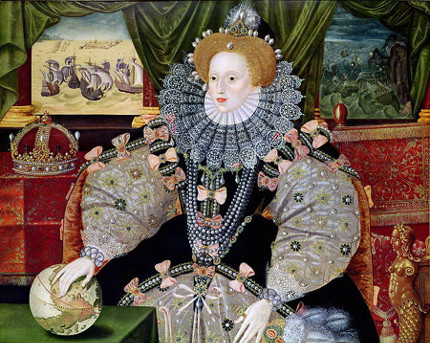 The Roman Catholic Church to all intents and purposes came into being in AD312.  By AD313 the Roman Emperor Constantine had structured a formal church system and it became the religion of the State.  All Christians by law were required to become part of the Roman Catholic Church and were persecuted if they did not join.  In England, in AD597, the See of Rome established its authority by Augustine of Canterbury.  This continued until Henry VIII’s reign and his break with the Roman Catholic Church over the matter of Catherine of Aragon and Anne Boleyn in 1533.

The daughter that resulted from the union of Henry VIII and Anne Boleyn was pivotal to the break of England from the Catholic Church and the start of a new era where the Gospel could emerge and be preached throughout the world.  Revelation 11:2 contains a prophecy where the true word of God would not be freely available for a period of 1260 days (years).  The period from AD312 to AD1559 when the Elizabethan Religious Settlement came into being was 1247 years.  The reign of Elizabeth I was a momentous turning point.  The Protestant movement was then able to flourish throughout the British Empire, through to Africa, India, Asia, the US, Australia, Canada and New Zealand.  While many strands of Protestant faith were little removed from the Catholic faith, it was a movement that allowed people to freely read the Bible and to search for the true Gospel.  While the British Empire became Protestant, Europe remained firmly Roman Catholic.

The successor of Elizabeth I, James, a supplanter, furthered the Protestant movement throughout the world and left as a legacy the King James Version of the Bible.

If we are able to draw a parallel between Elizabeth I and II’s reign, in one we see the start of things and in the second we are seeing the conclusion.  Is Elizabeth II’s reign to herald the promised son of Abraham, the greater Jacob in Jesus Christ?  As James I’s reign saw the word of God made available in print that the common people could read and his realm extend from sea to sea, are we about to see Christ’s reign where the word of God will be heard throughout the entire world?

The meaning of the name “Elizabeth”, “my God is an oath” cannot be overlooked.  The word oath is used in 56 verses in the Bible.  One oath referred to is the oath made to Abraham, confirmed in Jacob and his son Isaac (Psm 105, 1Chr 16) concerning their inheritance in the land of Israel.  Another was the oath concerning His son Jesus Christ whom He would raise from the dead to rule over the world (Acts 2:30). 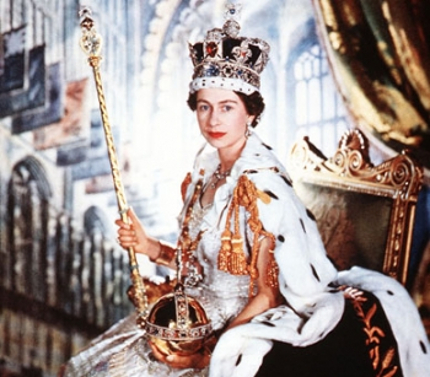 Henry VIII was the King of England from 1509 until his death in 1547.  He was the first English King of Ireland.  One of the most far reaching consequences of his reign was his break with the Roman Catholic Church.  This was triggered by the refusal of the Roman Catholic Church to annul his first marriage with Catherine of Aragon so that he could marry his second wife Anne Boleyn.  Henry’s dispute with the Catholic Church was not over doctrinal issues but over Papal authority.

Edward VI Predecessor to Mary I

Edward VI was the only legitimate son of Henry VIII and his third wife Jane Seymour.  He was crowned in 1547 at the age of 9 and died when he was 15.  As he was a minor, during his reign the Regency Council governed.  He named Lady Jane Grey, his first cousin once removed, as his successor.  However Lady Jane Grey only reigned 13 days until she was deposed by Mary, the daughter of Henry VIII and his first wife Catherine of Aragon.  Edward VI was strongly Protestant, influenced by Thomas Cranmer the Archbishop of Canterbury.  His reign was noted for contributing to the English Reformation and restructure of the Church of England.

Mary I Predecessor to Elizabeth I

Mary I was the Queen of England and Ireland from 1553 until her death in 1558.  She was the daughter of Henry VIII and his first wife Catherine of Aragon.  In 1554, aged 37, she married Philip of Spain.  This was to ensure an heir and prevent the Protestant Elizabeth succeeding to the throne. Mary was devoutly Roman Catholic and in the five years of her reign restored Roman Catholicism and had over 280 religious dissenters burned at the stake.  Mary’s brief reign was troubled by famine and war.

Elizabeth I was the Queen of England and Ireland from 1558 until her death in 1603.  Elizabeth was the only surviving child of Henry VIII and his second wife Anne Boleyn.    When she came to the throne she established the Elizabethan Religious Settlement which formed the Church of England with Elizabeth as the Supreme Governor of the Church of England.  Her brand of Protestantism sought to conciliate the Protestants, but at the same time did not want to offend the Catholics.  As with her father Henry, the power of the Church was removed from Rome, however the beliefs remained virtually unchanged.  Elizabeth did not marry and during her life refused to name an heir.  One of Elizabeth’s documented prayers is as follows:

“[At a time] when wars and seditions with grievous persecutions have vexed almost all kings and countries round about me, my reign hath been peacable, and my realm a receptacle to thy afflicted Church. The love of my people hath appeared firm, and the devices of my enemies frustrate”

James I King of England, Ireland and Scotland

James I was King of Scotland from 1567 and of England and Ireland from 1603 until his death in 1625.  He was the first king to bring together all the kingdoms of Scotland, England and Ireland.  During his reign the Plantation of Ulster and British colonisation of the Americas were commenced.  The period of North American colonisation is referred to as the “First British Empire”.  In an attempt to resolve disputes over Bible translations James I sponsored the translation of the Bible into English in what is now known as the King James Version.  James was harsh towards non conforming Catholics but also strict in enforcing conformity which also was felt as persecution by the Puritans.

Henry: Ruler of the home

Elizabeth: My God is an oath

George: Tiller of the soil

There are 1260 years from 597 when the See of Rome began to establish its authority by Augustine of Canterbury, and so subvert the previously independent British churches, until 1857 when the debate raged hotly about removing the Church Rate (Anglican Church tax) ending the authority of the 'Established Church'. In 1858 the Church Rate Abolition Bill to allow nonconformists to be released from paying the Anglican church taxes made progress, and was law by 1863.

If you liked this, more from this writer Palestine, whose land is it?

Events, are moving at such a pace that we don't have time to analyse those with significance in depth.

When President Donald Trump stated that Jerusalem was Israel’s capital and that the USA would establish its Embassy in Jerusalem, there was an immediate outcry from the Arab nations. Nikki Haley, rebuked the UN for their consistent condemnation of Israel in the UN. Israel is surrounded by enemies and the Arab nations have started four wars since 1947 to destroy Israel and to drive the Jews into the sea.

When Trump announced US policy, the White House in line with Congress, was to now recognise Jerusalem as the capital of Israel, he ended an epoch.