1) Esther did the commandment of Mordecai(Esther 2: 20) 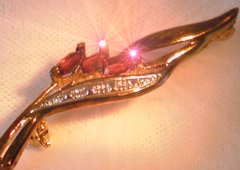 Haddaseh, or Esther as she is more commonly known, is not a saviour but a servant. Through her obedience to Mordecai came the salvation of her people, from human decrees for destruction. Through disobedience Vashiti lost her position as queen, whereas Esther through obedience gained the crown.

Vashti became famous for her wilful, and very modern disregard, of the King, her king's, command

But the queen Vashti refused to come at the king's commandment by the chamberlains; therefore was the king very wroth, and his anger burned in him. (Esther 1:12)

By contrast Esther is noted for obedience

Esther had not made known her people nor her kindred; for Mordecai had charged her that she should not tell it. (Esther 2:10)

Esther had not yet shewed her kindred nor her people; as Mordecai had charged her: for Esther did the commandment of Mordecai, like as when she was brought up with him. (Esther 2:20)

In fact Esther obeys Mordecai even though it may mean her death.

Then Esther bade them return answer unto Mordecai: 'Go, gather together all the Jews that are present in Shushan, and fast ye for me, and neither eat nor drink three days, night or day; I also and my maidens will fast in like manner; and so will I go in unto the king, which is not according to the law; and if I perish, I perish.' (Esther 4:15-16)

The record even suggests that Mordecai may have initiated Purim, to which Esther concurred,

to confirm these days of Purim in their appointed times, according as Mordecai the Jew and Esther the queen had enjoined them, and as they had ordained for themselves and for their seed, the matters of the fastings and their cry. And the commandment of Esther confirmed these matters of Purim; and it was written in the book. (Esther 9:31-32)

We know that Esther was considered beautiful. Living in the age of the photograph we might try and imagine what this might mean in terms of her physical features. But there is a beauty that is independent of feature that is not captured well in a photograph, that of expression from the person we are. Peter put it this way,

Whose adorning let it not be that outward adorning of plaiting the hair, and of wearing of gold, or of putting on of apparel; But let it be the hidden man of the heart, in that which is not corruptible, even the ornament of a meek and quiet spirit, which is in the sight of God of great price. For after this manner in the old time the holy women also, who trusted in God, adorned themselves, being in subjection unto their own husbands: Even as Sara obeyed Abraham, calling him lord: whose daughters you are, as long as you do well, and are not afraid with any amazement. (1Peter 3:3-6)

There is some evidence for this in that Esther during the process of becoming Queen asked for nothing. In other words she meekly accepted the rituals. Something about her attitude impressed those who looked at her.

Now when the turn of Esther, the daughter of Abihail the uncle of Mordecai, who had taken her for his daughter, was come to go in unto the king, she required nothing but what Hegai the king's chamberlain, the keeper of the women, appointed. And Esther obtained favour in the sight of all them that looked upon her. (Esther 2:15)

It is to be noted that the people looking at Esther to evaluate her were looking for the antithesis of Vashti, in other words a person who would be likely to come when called. Something about her impressed on them that here was a lovely obedient woman.

Who can find a woman of virtue? For her value is far above rubies. The heart of her husband trusts safely in her, so that he shall have no need of plunder. (Proverbs 31:10-11)

There is a strong connection between virtue and wisdom. A man gaining a virtuous woman as a wife may be equated to a man gaining wisdom,

Thus the beautiful woman's beauty, if it is to be seen in her life, has its source in her being well educated and wise. It is said Esther was 'brought up' by Mordecai, or as the Hebrew implies, she was "built up, supported, figuratively he was firm or faithful, trustworthy, permanent or quiet; morally true and certain; once in Isa 30:21 'to go to the right hand': - hence Esther had assurance, belief, and was faithful (of long continuance, stedfast, sure and trusty)". And Mordecai was a great and very wise man, a man who taught moral principles and supported an orphaned girl to make her as a woman a fit consort for a King.

The deliverance of Purim

The feast of Purim, is one of joy for deliverance in events that unfolded due to God-guided Providence in a time of exile with no open vision. We may ponder how God works in the nations, and hopefully in our lives