Prince of the power of the air.

Much is said about 'global warming' due to pollution from human activities releasing Carbon Dioxide. But Carbon Dioxide can't be seen, whereas combustion from heating fires always produced smoke. That faint brown pollution haze over a city is as old as civilization. And the apostle Paul tells us about it.

Who controls the wind and air?

Jeremiah speaks of his God as having pwoer over the wind and air,

When he utters his voice, there is a multitude of waters in the heavens, and he causes the vapours to ascend from the ends of the earth; he makes lightnings with rain, and brings forth the wind (Heb. ruach) out of his treasures. (Jeremiah 10:13)

So what does Paul mean when he speaks of the ruler of the power of the air, as he can't mean there is another power other than God ruling the atmosphere.

And you has he quickened, who were dead in trespasses and sins; Wherein in time past you walked

according to the course of this world,

according to the prince of the power of the air (Greek aer),

the spirit that now works in the children of disobedience:

Among whom also we all had our conversation in times past in the lusts of our flesh, fulfilling the desires of the flesh and of the mind; and were by nature the children of wrath, even as others. But God, who is rich in mercy, for his great love wherewith he loved us, Even when we were dead in sins, has quickened us together with Christ, (by grace ye are saved;) And has raised us up together, and made us sit together in heavenly places in Christ Jesus: (Ephesians 2:1-6)

According to Paul, before we come to Christ, we walk in this way.

The prince of the power of the air is equated to = serving our desires.

= the course of this world

Understanding the world Paul lived in

The Greeks or Romans of that time were idolators and the idolatry was pretty base, often involving prostitution and other excess. Ephesus was the place of Diana, a goddess of fertility.

Paul was brought up in a Roman city and knew the philosopher's thinking well. He wrote

Beware lest any man spoil you through philosophy and vain deceit, after the tradition of men, after the rudiments of the world, and not after Christ. (Col 2:8)

The word rudiment (Greek stoicheion) was used by Aristotelians when speaking of the smallest part, or the 'elements'-

Among the early Greek Pre-Socratic philosophers, Anaximenes (mid-6th century BCE) named air as the arche (first principle of the world). ...A similar belief was attributed by some ancient sources to Diogenes Apolloniates (late 5th century BCE), who also linked air with intelligence and soul (psyche).... en.wikipedia.org/wiki/Air_(classical_element)

The word stoicheion a Greek analogy for 'human thinking', is translated as 'elements',

Even so we, when we were children, were in bondage under the elements of the world: (Gal 4:3)

But the day of the Lord will come as a thief in the night; in the which the heavens shall pass away with a great noise, and the elements shall melt with fervent heat, the earth also and the works that are therein shall be burned up. (2Pe 3:10)

For the Greeks the elements were only four: air, earth, fire and water.

And 'air' aer was "the first principle of the world"

But air (aer) was not the 'air' we think of. Think instead of smog.

The aer is the dim lower atmosphere

The Greeks had a few terms for what we would call 'air', one of which is translated sometimes 'heaven'. This is according to en.wikipedia.org/wiki/Air_(classical_element)

Air is one of the four classical elements in ancient Greek philosophy and science. According to Plato, it is associated with the octahedron; air is considered to be both hot and wet. The ancient Greeks used two words for air: aer meant the dim lower atmosphere, and aether meant the bright upper atmosphere above the clouds. Plato, for instance writes that "So it is with air: there is the brightest variety which we call aether, the muddiest which we call mist and darkness, and other kinds for which we have no name...."

In other words aer is “the dim lower atmosphere”, the stuff that hangs misty and muddy over civilization! They used a lot of timber for heating especially as the temperate climate is quite cold in winter, so in Rome and any city in the Roman Empire the air could be a bit polluted. Also, even at that time, the overgrazing by goats and deforestation by Greeks and Romans must have meant that often dust was blown by the wind and hung for days. 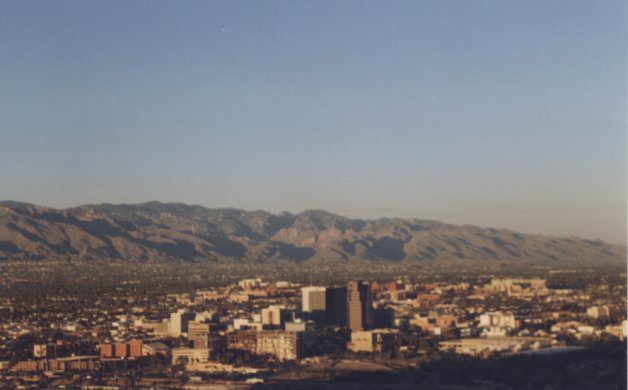 Visible pollution is perhaps less that it was in ancient times. In many developed cities the air appears cleaner than a mere 50 years ago. In 1952 the London smog was so bad for 4 days that it killed an estimated 4,000 people, and in 1956 it killed 1,000 people. It resulted in the Clean Air Act which influenced most of the developed world.

If we look at any city's sky on a still day we can see the brown aer. Look higher and see aether.

The 'air' Paul spoke of

the prince of the power of the air (Greek aer)

Was the one we would call smog. Other uses of the word aer

So likewise ye, except ye utter by the tongue words easy to be understood, how shall it be known what is spoken? for ye shall speak into the air. (1Cor. 14:9)

This indicates something 'air' is something insubstantial. But you could see it on a still day, especially in winter due to heating, as the Roman and Ephesian winters are quite cold.

Paul speaks of the Gentiles being

in bondage under the elements of the world (Gal 4:3)

Paul uses a Greek word to Greek speakers and it means they are in bondage to air, water, fire & earth. That is the 'stuff' of the visible earth. The things we can see and touch. Its a fancy way of saying we are slaves to earthly “things”, the material world, to having “things” and gaining power in visible human systems. The word Paul used for 'air', aer is one of these visible (because polluted!) things.

It is an incredibly powerful thing to say that human lust of the flesh and mind is like a ruler of the power of the muddy air (aer) hanging dirty over a city. They had it then, we have it now. It was at that time due to excess consumption in heating multiple rooms in big stone houses that reflected their status. And now it's made by humans doing things to then “consume” them on human lust. But the spiritual equivalent is very evident.

Paul was speaking of our lusts being like the pollution of the air of the heaven. Physical pollution is equated to moral corruption, just as the Jews equated human dung to uncleaness (Deut. 23:12-14). But we have access to that clear air above, that the Greeks called the aether, which we can equate to moral pureness, now through Jesus. After reading the Greek experts it could be written thus,

the ruler of the influence of the smog (Greek aer), the spirit that now works in the children of disobedience/unbelief.

But the God of Israel controls the heavens and the wind, and the wind blows away smog. Just as it is in the natural world so it is, in analogy, in the moral world. The 'wind' of the power of the thinking of God in our minds will blow away the influence of the smog-like evil of immoral thought.

It's always so wonderful to know the context of this ancient book we have. It was written for another place and time but it's still relevant today: in every way.

How close is Heaven?

The hope laid up in Heaven

There has been a fact lost in translation from objective science to politics.