Clouds form when water (in the form of vapour) in the air condenses above the earth. Clouds are limited to the troposphere (10km above sea level), even cumulonimbus clouds (big puffy rain clouds) if they grow that high, will form a flat top at the junction of the stratosphere.

The air is 21% oxygen, 78% nitrogen and 1% all else (carbon dioxide a measly 0.003%). Except these percentages drop if water vapour (humidity) content is included, which can vary between 1-4%. If the air has 4% water the other content is reduced so oxygen is 20.16% (this is why its is harder to breath in the tropics or in humid weather), there is 74% nitrogen and that carbon dioxide drops to 0.0028%!

Water vapour is a potent 'greenhouse' gas. It has greater effect than carbon dioxide due to the air's capability when hotter to absorb more water vapour.

In addition when clouds form they reduce solar radiation on the earth, compared to a clear sky, and so reduce significantly the temperature.

In other words clouds, and water vapour have a huge effect on both the climate and the weather.

Some cloudiness may moderate temperatures reducing day temperatures and increasing overnight minima. Other clouds, however, will bring extreme weather, deluges and storms. It depends on the type of cloudiness that there is.

The report for climate change produced by the International Panel on Climate Change (IPCC) runs to over 500 A4 double column pages of scientific papers of the assumptions and the caveats behind the predictions. They include that they are not yet sure of the physics, they can't model the huge effect of future volcanic eruptions, the change in reflectance of the land, the variation in evapotranspiration of plants, or the effect of clouds and precipitation. Humans can't predict cloud formation ahead of measurements. Once we see clouds we may have a small chance of predicting where they go. Even general weather prediction (whether it's fine or wet) is only about 70-85% accurate for 24 hours ahead, as there is an element of 'chaos', where what seems a stable weather system will suddenly become unstable and unpredictable.

The inability to predict clouds, combined with the knowledge that clouds are important to climate means any computer model is seriously flawed and virtually useless. Even as it is, different model's predictions vary between 1 and 6 degree Celsius (a 5 °C or 9° Fahrenheit difference) for the global temperature increase by 2100, even with the same input scenario of the human increase in carbon dioxide (IPCC 2001). (As an aside: the Urban Heat Island Effect of some cities is over 6 degrees Celsius, which is why its cooler outside the city limits in summer, and why the city has less snow than surrounding areas in winter, and humans are happy to live in warmer cities). 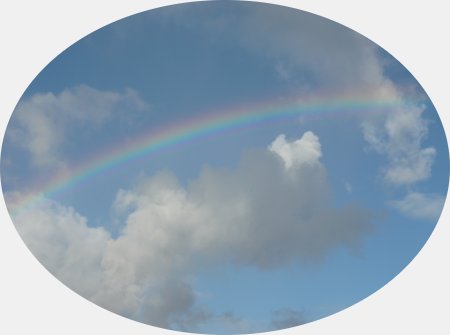 It shall come to pass, when I bring a cloud over the earth, that the bow shall be seen in the cloud: And I will remember my covenant (Gen 9:14-15)

He binds up the waters in his thick clouds; and the cloud is not rent under them. He holds back the face of his throne, and spreads his cloud upon it (Job 26:7-9).

Elihu who speaks for God to Job says,

Behold, God is great..For he makes small the drops of water: they pour down rain according to the vapour thereof: Which the clouds do drop and distil upon man abundantly. Also can any understand the spreadings of the clouds, or the noise of his tabernacle? (Job 36:26-29)

Since Job's era we have a theory why we can't understand the spreading of the clouds. We have a name for the phenomena: the chaos effect. Thus, science establishes Elihu's point, and it's underlined by Yahweh himself,

Then Yahweh answered Job out of the whirlwind, and said, Who is this that darkens counsel by words without knowledge? (Job 38:1-2) Who has divided a watercourse for the overflowing of waters, or a way for the lightning of thunder; To cause it to rain on the earth, where no man is.. Canst thou lift up thy voice to the clouds, that abundance of waters may cover thee? Can thou send lightnings, that they may go, Who can number the clouds in wisdom? (Job 38:25-37)

Who covers the heaven with clouds, who prepares rain for the earth. (Psalm 147:8)

Who covers thyself with light as with a garment: who stretches out the heavens like a curtain:.. who makes the clouds his chariot: who walks upon the wings of the wind: (Psalm 104:2-3)

In Hebrew the word for 'wind' is ruarch this is exactly the same word as for 'spirit'. The Hebrews knew that Yahweh controlled the Clouds and by his spirit the wind pushed them around. 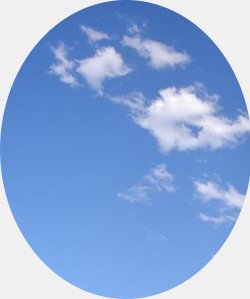 He caused an east wind to blow in the heaven: by his power he brought in the south wind.(Psa78:26)

He causes the vapours to ascend from the ends of the earth; he makes lightnings for the rain; he brings the wind out of his treasuries.(Psalm 135:7)

For more on this see Spirit in the Prophets

It is a matter of Faith

In the storm on Galilee Yeshua said unto them,

“Why are ye fearful, O ye of little faith?” Then he arose, and rebuked the winds and the sea; and there was a great calm. (Matthew 8:26).

Would Yeshua condemn us also?

Why fear ye climate change? It's cloud and wind

Link to a 1 page version suitable for printing and putting on your congregation's notice board:

The author has a research masters degree in the area of human impact due to energy use on climate change.

Volcanic erruptions may also have a huge effect on the climate see, Krakatoa