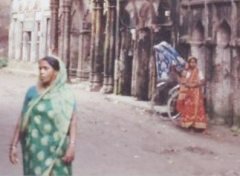 Freedom and self determination are catch cries of our age. Our age is the only one where a high percentage of people of the world are ruled by people chosen by the people (whether democratically or not). Even dictators rise initially through popularity. Once the world was ruled by great empires lead by hereditary kings, rajah's, czars, caliphs or other forms of top down absolute rule. In the age of revolution monarchy is seen as not allowing freedom of its subjects.

Job speaks of a place of freedom,

There the prisoners rest together; they hear not the voice of the oppressor. The small and great are there; and the servant is free from his master. (Job 3:18-19)

India's history tells us the story of freedom, if we think about it.

When was India glorious? A few times actually. One age of greatness was from 1556 to 1707 which was when it was ruled by the imperial invaders- the Mughals (Mogul)who were foreign of Turko-Mongol descent. They managed to create an era of peace by religious tolerance. Another time was when its was part of the British Empire. Recently its is becoming economically successful, but it is not glorious, in fact it is still recovering from independence, its freedom.

In India in 1857 many died as they rebelled against the British East India company. It was called India's First War of Independence, the Great Rebellion, the Revolt of 1857, the Uprising of 1857 and/or the Sepoy Mutiny. The result was that the British moderated, but increased in scope, their rule and Queen Victoria became the Empress of India. Most would agree India was the Jewel that made the crown of that great Empire. Added to the great buildings and arts of the Moguls were those made during the British Raj. The British, though wishing immensely to impose their culture, after 1857 gave up reforming the people, except in infrastructure, health and education, and had a policy to respect local religions. People from the many and various religions of greater India lived in peace side by side.

In August 1947 British India was partitioned leading to the creation of Pakistan, Bangladesh and India. The British supported independence after a non-violent resistance protest for self determination gained the ear of the British rulers. But after the leaders of people themselves could not agree to live together the British supported partition. After 100 years of living together in relative peace, and even agreeing on the idea of independence, the nation was divided on religious lines: Muslim in two parts (later Pakistan and Bangladesh) and the rest became India.

The resulting events were horrific. After years of peace, lives were uprooted as both sides ethnic cleansed along the borders. The partition created a movement of up to 12.5 million people from both sides, with loss of life estimated from many hundred thousand to a million.

If Britain lost the jewel of its Empire in 1947, it was nothing to the stagnation of India itself. A generation was bound by excessive Socialist regulation, but now even with more market freedom, the majority suffer serious poverty, illiteracy, and malnutrition. Since independence, India and Pakistan have suffered internal inter-religious violence, terrorism and regional separatist action. India still has unresolved territorial disputes with Pakistan, which resulted in wars in 1947, 1965, 1971 and 1999, and recent violence in the 2008 Mumbai attacks. But worse both have a poor record of of religious and cultural tolerance with sporadic outbursts killing and making homeless many people (recent examples being in Gujarat in India and both action of Muslim versus Muslim and Muslim versus Christian in 2009 in Pakistan). 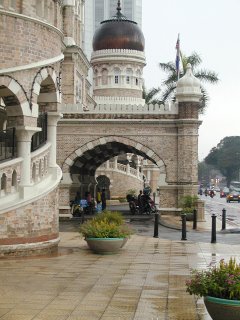 At what price was the so called freedom if 1947? Where was the movement for freedom to stop, if logically it must continue until every minority had its own rule? Then what is to stop every minority fighting it neighbour?

The story of India shows us that there is internal peace between ethnicities in an empire when a powerful foreign ruler administers wisely a large area. Ethnic and cultural differences are merged into one greater entity. So called 'freedom' leads to war between different cultures, and oddly, no increase in personal freedom to do work and trade.

Christians should know this, as the model of king and kingdom is God's model. Jesus is shown as a great king,

And he has on his vesture and on his thigh a name written, KING OF KINGS, AND LORD OF LORDS. (Rev 19:16)

It says God's kingdom will absorb all nations, surely the most imperialist entity ever!

And in the days of these kings shall the God of heaven set up a kingdom, which shall never be destroyed: and the kingdom shall not be left to other people, but it shall break in pieces and consume all these kingdoms, and it shall stand for ever. (Daniel 2:44).

What's so wrong with the idea of a king? And a kingdom, or empire, with a king who rules other kings, such as the British Raj? Do modern Christians think God will adapt his ideas to modern human ideas? Is the old idea of the king outmoded? Let us ponder Jesus' words.

Pilate therefore said unto him, “Are you a king then?

Jesus answered, “You say that I am a king. To this end was I born, and for this cause came I into the world, that I should bear witness unto the truth. Every one that is of the truth hears my voice.” (John 18:36-37)

The Bible does not speak of this kingdom of God removing differences of ethnicity. There will be cultural groups, and even nations and kingdoms.

For the nation and kingdom that will not serve thee shall perish; yea, those nations shall be utterly wasted. The glory of Lebanon shall come unto thee, the fir tree, the pine tree, and the box together, to beautify the place of my sanctuary; and I will make the place of my feet glorious. (Isaiah 60:12-13)

But there will be only one religion.

And it shall come to pass, that every one that is left of all the nations which came against Jerusalem shall even go up from year to year to worship the King, the LORD of hosts, and to keep the feast of tabernacles. (Zechariah 14:16)

And it shall come to pass, that from one new moon to another, and from one sabbath to another, shall all flesh come to worship before me, saith the LORD. (Isaiah 66:23)

Freedom? No, not in the modern usage. But there will instead be freedom from war. One ruler, a foreign ruler, a Jew, ruling with imperial glory over many nations. Perhaps we should as Christians re-evaluate what we understand by freedom. Self determination for British India in 1947 left them weak, poor and internally and externally divided by violence. If we go back to Job, where was the place of freedom?

For now should I have lain still and been quiet, I should have slept: then had I been at rest, (Job 3:13)

Where is this place of freedom? According to Job in death: in the grave.

By contrast the freedom proclaimed to a Christian is freedom from the consequences of sin, which is eternal death.

They answered him, “We be Abraham's seed, and were never in bondage to any man: how say you, 'You shall be made free'?” Jesus answered them, “'Verily, verily, I say unto you, Whosoever commits sin is the servant of sin”. (John 8:33-34)

The Spirit of the Lord is upon me, because he has anointed me to preach the gospel to the poor; he has sent me to heal the brokenhearted, to preach deliverance to the captives, and recovering of sight to the blind, to set at liberty them that are bruised, To preach the acceptable year of the Lord. (Luke 4:18-19)

The liberty is from the 'bruising' effect of sin and suffering, and from captivity to sin and death.

To give light to them that sit in darkness and in the shadow of death, to guide our feet into the way of peace. (Luke 1:79)

In the freedom offered by Christ there is true peace. One problem for many is that to achieve this freedom one must become a servant of Christ.

In summary a king ruling a kingdom, or empire, ruling wisely will bring peace and give greatness and prosperity to the people of all ethnicities in the realm. Even with human weakness, history has proved this model works. A king of kings ruling many nations with one form of worship is the model chosen by God for his kingdom.

Christians should not call self-determination 'freedom'. The only place with the kind of freedom that humans speak of, the freedom of having no master, is in the grave, in death, where there is no remembrance at all (Psalm 6:5).

According to the Bible, in ancient times there existed a group of sea trading people 'of' Tarshish.