After this manner therefore pray ye: Our Father which art in heaven, Hallowed be thy name. Thy kingdom come. Thy will be done in earth, as it is in heaven ... For thine is the kingdom, and the power, and the glory, for ever. Amen. (Matthew 6 : 9-10,13)

King David, at the close of his life, had prayed before the nation of Israel in the same way. He showed great reverence and declared the Majesty of Israel's God. His words are a powerful example of how we should approach our heavenly Father. Both the Messiah and David remind us of how insignificant we are without his merciful kindness. David shows his humility in many Psalms and this is a lesson for us all. Consider some of his final words recorded in 1 Chronicles 29. 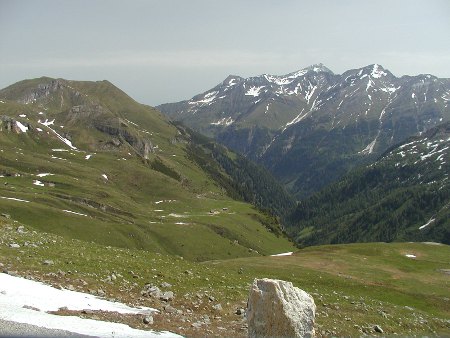 Wherefore David blessed Yahweh before all the congregation: and David said, Blessed be thou, Yahweh God of Israel our father, for ever and ever. Thine, O Yahweh is the greatness, and the power, and the glory, and the victory, and the majesty: for all that is in the heaven and in the earth is thine; thine is the kingdom, O LORD, and thou art exalted as head above all.(I Chronicles 29:10-11)

Today Christians are more and more becoming the victims of pressure groups that assert their humanistic rights and ridicule those who believe in the great Creator. Mankind with so many advances in medicine, technology and science has increasingly felt empowered and finds no need to acknowledge the Creator. Psalm 96, in the opening verses, speaks to us of Yahweh's great power and the joy we should feel in the beauties of his creation and the need to speak to those who would hear of the earth's wonders and the hope of salvation that has been offered to mankind.

In contrast to the great joy shown in the opening verses, the next section of the Psalm introduces the concept of fear and reverence that must be shown towards Yahweh.

For Yahweh is great, and greatly to be praised: he is to be feared above all gods. For all the gods of the nations are idols: but Yahweh made the heavens. Honour and majesty are before him: strength and beauty are in his sanctuary. (Psalm 96: 4-6)

In verses 7-9 there is reference to the name of Yahweh. This is very significant as the whole purpose of his creation is embodied in his name. Yahweh seeks the faithful from the nations who will be saved and rule on earth over the nations in the future, when Y'shua his son returns to earth to reign in righteousness, peace and with justice over all nations. 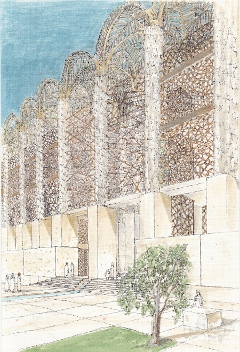 Give unto Yahweh, O ye kindreds of the people, give unto Yahweh glory and strength. Give unto Yahweh the glory due unto his name: bring an offering, and come into his courts. O worship Yahweh in the beauty of holiness: fear before him, all the earth. (Psalm 96: 7-9)

This future age will be one of peace and all men will have to submit to this righteous rule. There will be justice in the earth and there will be a king, the Messiah, who will rule with strength and in the power of his Father, the creator of mankind. It will be a time of peace and the earth will bring forth its fruit abundantly.

Say among the heathen that Yahweh reigns: the world also shall be established that it shall not be moved: he shall judge the people righteously. Let the heavens rejoice, and let the earth be glad; let the sea roar, and the fulness thereof. Let the field be joyful, and all that is therein: then shall all the trees of the wood rejoice (Psalm 96: 10-12)

Before this time of peace there will be a judgement on the nations of this world. The Kingdom of men, with its wars, immorality,corruption, unjust rulers and violence will be replaced by the kingdom of the the great Creator and the King of glory to whom all praise and honour is due.

Before the LORD: for he cometh, for he cometh to judge the earth: he shall judge the world with righteousness, and the people with his truth. (Psalm 96: 13) 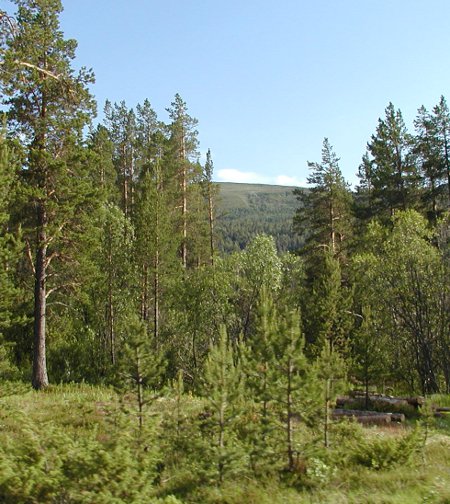 This Psalm encapsulates the whole Biblical message of redemption and salvation and man's obligations in the worship of the great Creator. The Psalm outlines the duty of man, the fear and reverence due to the Creator, the judgement that will soon be poured out on the nations, who do not submit to his will, and the future glories to come on the earth in the kingdom that has been promised and in an age of justice and peace. In so few words the Psalmist has brought to us the divine message and hope for the future.

What more could we say than that which is stated in Psalm 96:

“O worship Yahweh in the beauty of holiness: fear before him, all the earth.” (Psalm 96: 9)

For more The Meek will inherit the earth

Blessed are the meek: for they shall inherit the earth, Matthew 5:5

This quotation deals with two issues, “the meek” and “inheriting the earth”. The Old Testament gives a lot of detail about the qualities that define “meekness”. The first things that come to mind about a meek person are quietness, gentleness and possibly weakness. But the Old Testament is very explicit about the qualities a meek person should have or develop and these are quite surprising.

There is one myth that has no foundation: it is a total myth that having 13 at the last supper was unlucky. Also the term 'last supper' does not occur at all in any reputable translation of the Bible. It was not the last time Jesus will keep that supper.