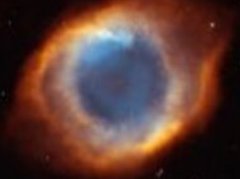 Firstly what is the audiences' perception of the word 'God'? Does it mean Good? If so, it is not the Mighty One of the Bible. The God of the Bible says He creates both good and evil.

Shall a trumpet be blown in the city, and the people not be afraid? shall there be evil in a city, and the LORD has not done it? (Amos 3:6)

I form the light, and create darkness: I make peace, and create evil: I the LORD do all these things.(Isa 45:7)

The word 'God' is a poor translation of a set of Hebrew words all which have meanings intelligible in English. One of the names is El Shaddai, where Shaddai is thought to mean both 'nourisher' and 'destroyer'. The Jews note with honesty that because of their ancestors' evil behaviour, Jerusalem was destroyed and made waste. If anything is known of the Bible at all, the destruction of Sodom and Gomorra is known. This shows that 'good' is not a good description. God may be transliterated Elohim from Hebrew in most instances and is best translated as 'Mighty Ones' (the Angels working with El the Mighty One). See Titles of Deity.

Next look at the word create. Let us see it used in context,

“So God (Elohim Mighty ones) created (Bara - chose/ do/ make) man in his own image, in the image of God (Mighty Ones) created he him; male and female created he them.” (Genesis 1:27)

This tells us that the Mighty Ones which we may also term Angels were male and female. Then the record we have adds,

And the LORD God (He who will-be Mighty Ones) formed (Yatser shaped moulded framed fashioned purposed) man of the dust of the ground, and breathed into his nostrils the breath of life; and man became a living soul.(Genesis 2:7)

Creation is equated to forming something from something existing. There is every evidence that everything on earth was made from the earth, as described. Life is another question entirely. Life and breathing is inexplicable: not only that a baby begins breathing, but the continuance of breathing and life. By observation we know it just 'is'.

The next point to raise is what is meant by 'Universe' It might not be what you think! Let us go to the meaning of the word and how and for what it is used.

"the whole world, cosmos, the totality of existing things," from Old French univers (12c.), from Latin universum "all things, everybody, all people, the whole world," noun use of neuter of adjective universus "all together, all in one, whole, entire, relating to all," literally "turned into one," from unus "one" ( "one, unique") + versus, past participle of vertere "to turn, turn back, be turned; convert, transform, translate; be changed" ("to turn, bend"). https://www.etymonline.com/word/universe

From this we understand it means 'The one whole moving bending transforming totality of all things.' Add to this we have the definition in Wikipedia,

“The Universe can be defined as everything that exists, everything that has existed, and everything that will exist. According to our current understanding, the Universe consists of spacetime, forms of energy (including electromagnetic radiation and matter), and the physical laws that relate them. The Universe encompasses all of life, all of history, and some philosophers and scientists suggest that it even encompasses ideas such as mathematics and logic.”

Was this what you were thinking Universe meant? It is not an object, like a car or house!

The Universe is all of space and time (spacetime) and its contents, which includes planets, moons, stars, galaxies, the contents of intergalactic space and all matter and energy. While the size of the entire Universe is still unknown, it is possible to measure the observable universe.

What is meant by measuring the observable universe, is that the light captured on earth from distant stars can be 'measured' by brightness, parallax and red shift. Wikipedia then goes on to clarify that the universe can't be measured.

“The size of the Universe is somewhat difficult to define. According to a restrictive definition, the Universe is everything within our connected spacetime that could have a chance to interact with us and vice versa. According to the general theory of relativity, some regions of space may never interact with ours even in the lifetime of the Universe due to the finite speed of light and the ongoing expansion of space. For example, radio messages sent from Earth may never reach some regions of space, even if the Universe were to exist forever: space may expand faster than light can traverse it..

But we do suspect that more powerful tools will mean we can look back further.. Let us repeat- it is unknown! But it could be infinite. Remember light even in space decays though distance. Stars further away are less bright. At a point back in time and distance we may no longer be able to see as the light is decayed to be too dim to detect.

Now let us go back, “The Universe can be defined as everything that exists, everything that has existed, and everything that will exist.” This is because this observable reality is of a moving thing that cannot be caught in a moment in time, in the same way erosion from wave or wind action is hard to capture as it is ongoing. But unlike our observation of erosion, which is from the moment we begin observing into the future, when we look out into space and see light – we are looking back into the past! Even when we see the sun, the image we see was formed 8 minutes before in history! The more and more powerful tools of observation we have constructed allow us to look further and further back in time and distance as the light has taken longer and longer to reach earth. We are not looking at reality now out there but a series superimposed time-lapse images made at an increasing distance and time from 8 minutes back to 46 billion years back in history.

So what is the question asking again? When was the Universe made/formed? Do they mean the sun, 8 minutes in history, or the star Hubble captured born in Orion Nebula or those stars thought to have emitted light 46 million years ago or the infinite unknown beyond that?

Let's rephrase that question, knowing more and being more precise, “If the Mighty One did make, is making and will make the historically infinite extent of all things, who made the Mighty One?

If people ask a question using the word 'Universe' it by definition implies infinity. See the implied infinity both ways in continuum in the definition, “The Universe can be defined as everything that exists, everything that has existed, and everything that will exist”… that is going back into the past from now, this moment and going into the future from now: a forward trajectory from infinity of the past to infinity of the future. Though they write it “is unknown whether the size of the Universe is finite or infinite” the definition already implies infinity in both directions.

So let us now look at 'if? and 'who' in the question. As 'if' is used as logical tool to test an idea as reality, it can be replaced by 'as'. As by observation of the Universe, the Great Creator has been now making things back in time to observable infinity, is known to be making things now and will be making things in the promised infinite future, where is the time before for 'who' to make anything? It makes no logical sense because there is a contradiction implied in the tern “universe” as it by definition implies infinity in distance and time in both directions (into the past and to the future). If infinity turns up in an equation, the infinity dominates. By definition of observation now, as we look back into time, and can see as yet no beginning of time, the making of God asked for in the question must be pushed back in time to before infinity going backwards.. Logically there can be nothing before that!

The question presuposes that the universe is a thing (or object) that came from nothing at a point in time. As we have shown the Universe is not an object or a thing. It need not, from observation, have had a beginning. All ideas for a beginning fail. If the total fummes of all aspects of the universe go back infintely, and by definition they do, then the Mover and Sustainer of all things is also Eternal, logically.

The eternal God is thy refuge, and underneath are the everlasting arms: (Deut. 33:27)

We cannot assume that because we had a beginning that everthing else must also. There is nothing in what is observed or in the Bebrew word bara for create, or make, that suggests anything came from nothing: The berashit beginning had an earth already in existince covered in water and void of life! Humans came from the earth and energy imput, and all humana come from these, first in the image of the Angels, who, as they were male and female, must have come from somewhere, and today still be somewhere! Nowhere has it been observed that something comes from nothing. The obersed laws of physics don't allow it. Mass cannot come from energy.

The very order of things and the laws that are observed, which are so delicately balanced for life suggest there is an intellgence that controls all things.

The question could be “was there a beginning?” Any beginning must have come with the making of light, and that is another question. Starlight comes from the heat and pressure or nuclear fusion. In the sun hydrogen is changed to helium. And in this there are more and more questions..of how? Not 'if', but how?'. Not 'if' but 'why?'

Thus saith God the LORD, he that created the heavens, and stretched them out; he that spread forth the earth, and that which cometh out of it; he that giveth breath unto the people upon it, and spirit to them that walk therein: (Isa 42:5)

In summing up there is no doubt whatsoever that the Bible so often goes to the core of all things, and is in accord with objective observation of the Universe,

Who only hath immortality, dwelling in the light which no man can approach unto; whom no man hath seen, nor can see: to whom be honour and power everlasting. Amen.(1Timothy 6:16)

If someone asks you this question, tempting you, you might ask back, “What is infinity? When was the universe created or made?” Then you might ask, “And when did it stop being created?” The present forces are as hard to explain without the Mighty One of the Bible as any historic action.

Some things strike us as interesting. Someone thought the world would be interested that a 'Gamma-ray burst 'hit Earth in the 8th Century'. It was a long time ago. Yet a bunch of scientists have found traces of such an event and are now asking 'why?' and the similar question 'how?'

Recent findings suggest once again that science reveals how much is not known. Venus was found to have a longer day than was measured by the Magellan in the early 1990's: a noticeably and significantly longer day. The motion in the universe might be more quixotic than many had thought.