4) The woman of Shunem and us 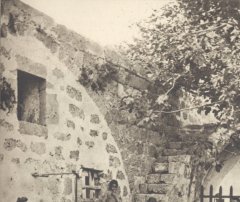 The pattern is repeated in the life of the woman of Shunem. She is given a son as reward for her blessing of Elisha, because she saw the work of Yahweh Elohim and honoured his servant in her good work. Yet Yahweh Elohim takes her son so he dies. She goes to Elisha with a question which is in effect seeking the face of Yahweh. She had been promised a son by no less that Yahweh Elohim.

Then she said, 'Did I desire a son of my lord? did I not say, Do not deceive me?'

Then he said to Gehazi, 'Gird up thy loins, and take my staff in thine hand, and go thy way: if thou meet any man, salute him not; and if any salute thee, answer him not again: and lay my staff upon the face of the child.'

She sought the nearest she could come to the face of Yahweh, in his servant Elisha, and would not leave him, relying on the fact that Yahweh lives, which also includes his strength.

Again the pattern is there. Belief, faith and good works of faith are a beginning but added to this will be always trial beyond strength to test and produce active trust and confidence, which is rewarded.

Oh let the wickedness of the wicked come to an end; but establish the just: for the righteous God tries the hearts and reins. (Psalm 7:9)

The fining pot is for silver, and the furnace for gold: but the LORD tries the hearts. (Proverbs 17:3)

The LORD tries the righteous: but the wicked and him that loves violence his soul hates. (Psa 11:5)

It may be that so much are the wicked hated that they are not tried, merely destroyed at the appropriate time. It takes effort on the part of Yahweh Elohim to mess the lives of the wicked up and to send trials of the right order to the righteous.

Paul confesses his own experience.

But as we were allowed of God to be put in trust with the gospel, even so we speak; not as pleasing men, but God, which tries our hearts. (1Thess 2:4).

When writing to the Hebrews he summarises the entire history of the Hebrew nation, from kings to women. Once it is established that you are a servant of the God of Israel setting your heart to seek him and are favoured of him, then he works with you in your life,

And ye have forgotten the exhortation which speaks unto you as unto children, My son, despise not thou the chastening of the Lord, nor faint when thou art rebuked of him: For whom the Lord loves he chastens, and scourges every son whom he receives. If ye endure chastening, God deals with you as with sons; for what son is he whom the father chastens not? But if ye be without chastisement, whereof all are partakers, then are ye bastards, and not sons. (Hebrews 12:5-8)

Jehoshaphat was rebuked and sought to do better.

Now no chastening for the present seems to be joyous, but grievous: nevertheless afterward it yields the peaceable fruit of righteousness unto them which are exercised thereby. Wherefore lift up the hands which hang down, and the feeble knees; And make straight paths for your feet, lest that which is lame be turned out of the way; but let it rather be healed. (Hebrews 12:11-13)

It seems that there are only two ways for the servants of the living God, to do good or evil,

And he did evil, because he prepared not his heart to seek the LORD. (2Chronicles 12:14)

To do good, one must seek Yahweh with the whole heart. And when in the inevitable trouble comes to seek his strength and face. The psalmist gave us a song for the people in the nation of the living God, among the supposed servants, which makes us understand life is directed by trial and full of deliverance, until the final deliverance when there is no more oppression. It takes a certain kind of trust in confidence to commit all your ways and life to God. But those who do are given a promise that no less than God himself will prepare their heart, and hear them.

Why stand thou afar off, O LORD? why hide thou thyself in times of trouble?

The wicked in his pride doth persecute the poor: let them be taken in the devices that they have imagined. For the wicked boasts of his heart's desire, and blesses the covetous, whom the LORD abhors.

The wicked, through the pride of his countenance, will not seek after God: God is not in all his thoughts.

His ways are always grievous; thy judgments are far above out of his sight: as for all his enemies, he puffs at them. He has said in his heart, I shall not be moved: for I shall never be in adversity. His mouth is full of cursing and deceit and fraud: under his tongue is mischief and vanity. He sits in the lurking places of the villages: in the secret places doth he murder the innocent: his eyes are privily set against the poor. He lies in wait secretly as a lion in his den: he lies in wait to catch the poor: he doth catch the poor, when he draws him into his net. He crouchs, and lowers himself, that the poor may fall by his strong ones. He has said in his heart, God has forgotten: he hides his face; he will never see it.

Arise, O LORD; O God, lift up thine hand: forget not the humble. Wherefore doth the wicked contemn God? he has said in his heart, 'Thou wilt not require it'.

Thou hast seen it; for thou behold mischief and spite, to requite it with thy hand: the poor commits himself unto thee; thou art the helper of the fatherless. Break thou the arm of the wicked and the evil man: seek out his wickedness till thou find none.

The LORD is King for ever and ever: the heathen are perished out of his land. LORD, thou hast heard the desire of the humble: thou wilt prepare their heart, thou wilt cause thine ear to hear: To judge the fatherless and the oppressed, that the man of the earth may no more oppress. (Psalm 10:1-18)

There is a wisdom in knowing by experience what the Pslamist writes, that the world, which wants only to see themselves as 'wonderful', kicks at. Many people seek their own good, not what God wants. God doesn't desire we have material 'success', but rather that he may shape us to his glory (and our eternal good). In the end there is nothing which is not in the power of Yahweh Elohim, for all our lives are in his hand, day to day,

Evil men understand not judgment: but they that seek the LORD understand all things. (Proverbs 28:5)

The active seeking of God's ways gives wisdom. Those that have this understanding know by experience why the scripture is full of instances of rejection and endurance, from Abel, to the Apostle Paul and the captivity of John which gave to us the book of Revelation.

Because there is a principle that inheritance is not without suffering. When speaking of Messiah, the writer to the Hebrews makes the point that Y'shua who always saw the face of his Father, was presented with suffering, to perfect him for his role.

More than an example, to lesser and greater degrees each of his servants who seek God's face continually and who seek to follow Y'shua's ways must also be presented with opportunity to call on the Name and power, and opportunity to trust implicitly in Yahweh Elohim's strength, in order to be perfected,

But rejoice, inasmuch as ye are partakers of Christ's sufferings; that, when his glory shall be revealed, ye may be glad also with exceeding joy. (1Peter 4:13)