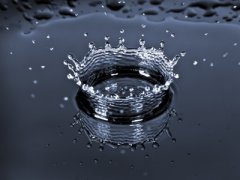 Hezekiah king of Judah begins in an environment of idolatry and achieves great reforms. He re-instates the full worship and law of the God of Israel. He overcomes every opposition, persuading the princes and working with them. They write without apology to bring even people from the northern kingdom of Israel to worship, and they prevailed over even many who laughed Hezekiah to scorn. Hezekiah knew his prayer for the people was heard,

For a multitude of the people, even many of Ephraim, and Manasseh, Issachar, and Zebulun, had not cleansed themselves, yet did they eat the passover otherwise than it was written. But Hezekiah prayed for them, saying, The good LORD pardon every one That prepared his heart to seek God, the LORD God of his fathers, though he be not cleansed according to the purification of the sanctuary. And the LORD hearkened to Hezekiah, and healed the people. (2Ch 30:18-20)

Such was his persuasion the people went out and brake down pagan altars including in the Northern kingdom Israel. He built up the priesthood to teach the Law and rebuilt the Temple. His works were such he received a commendation anyone would be glad of,

And thus did Hezekiah throughout all Judah, and wrought that which was good and right and truth before the LORD his God. And in every work that he began in the service of the house of God, and in the law, and in the commandments, to seek his God, he did it with all his heart, and prospered. (2Chr 31:20-21)

We see that seeking the face of the God of Israel involves actively doing good, right and only accepting truth. We see he and the people were blessed. But then, when this work is established and the people faithful and learning, he and his people were sent a severe trial.

If it was possible, this trial was worse than that sent to Jehoshaphat. Because after all the good work, Hezekiah and the people face the oblivion of the hugely successful Assyrian forces. And in addition, if that was not enough, it seems Hezekiah might not have been too well. He was not in a fit state to lead men into battle, and it appears he also had no successor if he dies in battle. That they don't prepare to fight, rather prepare for siege, indicates the position. Hezekiah says,

Be strong and courageous, be not afraid nor dismayed for the king of Assyria, nor for all the multitude that is with him: for there be more with us than with him: With him is an arm of flesh; but with us is the LORD our God to help us, and to fight our battles. And the people rested themselves upon the words of Hezekiah king of Judah. (2Chronicles 32:7-8)

Hezekiah and the people patiently withstood much directed verbal abuse. It might have worn down those who had no confidence in God. The record says it was so bad that for this cause Hezekiah the king, and the prophet Isaiah the son of Amoz, prayed and cried to heaven. (2Chronicles 32:20)

We are given the detail of king Hezekiah's public prayer. We see that first he gets as close as he can to the place of Yahweh's dwelling, by going to the temple and facing the place where Yahweh Elohim put his name at the time of King Solomon

And Hezekiah received the letter of the hand of the messengers, and read it: and Hezekiah went up into the house of the LORD, and spread it before the LORD. And Hezekiah prayed before the LORD, and said, O LORD God of Israel, which dwells between the cherubims, thou art the God, even thou alone, of all the kingdoms of the earth; thou hast made heaven and earth. LORD, bow down thine ear, and hear: open, LORD, thine eyes, and see: and hear the words of Sennacherib, which has sent him to reproach the living God. Of a truth, LORD, the kings of Assyria have destroyed the nations and their lands, And have cast their gods into the fire: for they were no gods, but the work of men's hands, wood and stone: therefore they have destroyed them. Now therefore, O LORD our God, I beseech thee, save thou us out of his hand, that all the kingdoms of the earth may know that thou art the LORD God, even thou only. (2Kings 19:14-19)

We see a similar pattern. The nation is clearly weak, and the prayer shows a realistic understanding of the lack of strength of the nation. Hezekiah didn't ask the people to be strong because they were great fighters, but because they could rely on the power of Yahweh Elohim. We see the trial developing mental strength and courage in the people. We see Hezekiah clearly both seeking to face Yahweh and also seeking his face by leaning on the purpose of the name of Yahweh Elohim as the only Power among kingdoms. Then in asking for deliverance in faith, with 100% confidence, he seeks the strength and power of the Creator in his prayer.

The nation is delivered in a spectacular manner, by miracle. Hezekiah again has cause to seek Yahweh, when he is told he would die. He knows he has done right and sought God's ways with all his heart. Hezekiah doesn't weakly accept his fate. He cannot leave the house but instead he turns to the wall. As his house is beside the temple, he faces the temple. This is as close as he can attain to seek the face and look toward the place of the name of Yahweh Elohim and he prays.

Then he turned his face to the wall, and prayed unto the LORD, saying, I beseech thee, O LORD, remember now how I have walked before thee in truth and with a perfect heart, and have done that which is good in thy sight. And Hezekiah wept sore. And it came to pass, afore Isaiah was gone out into the middle court, that the word of the LORD came to him, saying, Turn again, and tell Hezekiah the captain of my people, Thus saith the LORD, the God of David thy father, I have heard thy prayer, I have seen thy tears: behold, I will heal thee: on the third day thou shalt go up unto the house of the LORD. And I will add unto thy days fifteen years; and I will deliver thee and this city out of the hand of the king of Assyria; and I will defend this city for mine own sake, and for my servant David's sake. (2Kings 20:2-6)

We can wonder why it was that God afflicted Hezekiah with a terminal disease just at that time, while the city was still in jeopardy from the Assyrians. It is clear he was one of the most faithful kings in a long while. In addition it seems likely that at that time he had no son, so that the promise that David's line would continue seemed also in jeopardy. Yet the result is the example of how Hezekiah sought the strength and face of Yahweh Elohim, and how he was given a great sign on the sundial of Ahaz.

We might not be a king, but each of us might be faced with trial beyond our strength, and with no clear way out. It seems that the Living God, the He Who Will Be the Mighty Ones of Israel, would love to be our Mighty One in specific trials. The pattern is that after setting our heart to seek the ways of God and put our life in order, that God wants to know if we will, in practice, trust him.