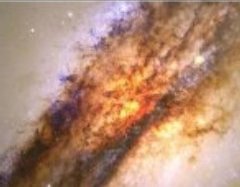 Jehoshaphat king of Judah though a king, still is an example. We might not have his power, but we can still have his attitude. It is recorded that though he was delivered after helping Ahab the condemned king of Israel he was rebuked stongly.

And Jehu the son of Hanani the seer went out to meet him, and said to king Jehoshaphat, “Should thou help the ungodly, and love them that hate the LORD? therefore is wrath upon thee from before the LORD.” (2Ch 19:2)

Unlike Ahab, who had been upset at the words of the prophets, Jehoshaphat sought to do better at the rebuke. Jehoshaphat was given encouragement,

Nevertheless there are good things found in thee, in that thou hast taken away the groves out of the land, and hast prepared thine heart to seek God. (2Ch 19:3)

But even with this encouragement he did not sit still and think how wonderful he was, he acted on the condemnation, and what he did next is exemplary. He went seeking his people in the furthest part of his borders, to help them also be better servants of his God,

he went out again through the people from Beersheba to mount Ephraim, and brought them back unto the LORD God of their fathers. And he set judges in the land throughout all the fenced cities of Judah, city by city, And said to the judges, Take heed what ye do: for ye judge not for man, but for the LORD, who is with you in the judgment. Wherefore now let the fear of the LORD be upon you; take heed and do it: for there is no iniquity with the LORD our God, nor respect of persons, nor taking of gifts. (2Chr 19:4-7)

He then sorted out the centre of law in the nation, which was to be the law of God,

Moreover in Jerusalem did Jehoshaphat set of the Levites, and of the priests, and of the chief of the fathers of Israel, for the judgment of the LORD, and for controversies, when they returned to Jerusalem. And he charged them, saying, Thus shall ye do in the fear of the LORD, faithfully, and with a perfect heart. (2Ch 19:8-9)

Because Jehoshaphat had prepared his heart to seek God, he then asked all his people to do things before God with a perfect heart. He required it from them. There was no sense of tolerance. This was not easy, as humans tend naturally to 'respect' persons or favour the wealthy and powerful. We note that it was not easy for either Jehoshaphat or his people to do this, as it had to be done with courage,

We see all this work that Jehoshaphat does, and we might think that he would be rewarded with an easy time. In humbly taking on board criticism and seeking to do better (going again) and achieving great things for God, that God would make it all wonderful for him and the people. But that didn't happen. Instead he and the people were sent a great trial

We cannot underestimate how great a trial it was. Two adjacent nations Ammon and Moab with many hired mercenaries including those of Edom are approaching in battle array with what are reported to be much superior forces. Jehoshaphat had been focussed on domestic Godly reforms, not on making an army. We know from the record he was an able fighter and fit, yet such were the size and proximity of these forces he greatly feared. What did he do when he feared? How did he respond to this trial?

And Jehoshaphat feared, and set himself to seek the LORD, and proclaimed a fast throughout all Judah. And Judah gathered themselves together, to ask help of the LORD: even out of all the cities of Judah they came to seek the LORD. (2Ch 20:3-4)

If he had been seeking God before, we now see him intensifying his thinking in seeking Yahweh. Not only that he influenced the people about him, and they all gather after humbling themselves by a fast. We are presented with the key to seeking the face of Yahweh Elohim, as they equate it with asking for the help of Yahweh.

In a weak state they come as close as they can come to the presence of Yahweh Elohim (in the place he put his Name) and ask for help. They brought their weakest, including wives and children to the place of danger.

The plea, in a prayer, is given to us and shows many elements of both seeking and trusting in the strength of God

O LORD God of our fathers, art not thou God in heaven? and rule not thou over all the kingdoms of the heathen? and in thine hand is there not power and might, so that none is able to withstand thee? Art not thou our God, who didst drive out the inhabitants of this land before thy people Israel, and gave it to the seed of Abraham thy friend for ever? And they dwelt therein, and have built thee a sanctuary therein for thy name, saying, If, when evil cometh upon us, as the sword, judgment, or pestilence, or famine, we stand before this house, and in thy presence, (for thy name is in this house,) and cry unto thee in our affliction, then you will hear and help. And now, behold, the children of Ammon and Moab and mount Seir, whom thou would not let Israel invade, when they came out of the land of Egypt, but they turned from them, and destroyed them not; Behold, I say, how they reward us, to come to cast us out of thy possession, which thou hast given us to inherit. O our God, will you not judge them? for we have no might against this great company that cometh against us; neither know we what to do: but our eyes are upon thee. (2Chron. 20:5-12).

No military leader in more recent history has humbled himself in such a way to confess they have no might, and have no clue as to how to take their enemy on. Where is the appeal to confidence and heroism?

We must note that Yahweh Elohim was pleased with this confession of weakness and lack of direction, but only because at the same time they were relying with all their heart, soul and strength and on Yahweh Elohim's name, which was his purpose in his promise to Abraham, and on His power. The confession of not knowing what to do was pleasing to God only because they were willing to, in total obedience and with all their strength, seek to do what was asked of them. This prayer makes no sense at all unless both the king and his people had 100% trust in the revelation of the power of their God.

Because the people were sincere they were given a direct answer. This answer is remarkable in that though Jehoshaphat was a warrior and the people might have fought, because they were so humble they are given something very special. A Levite prophet speaks,

And he said, Hearken ye, all Judah, and ye inhabitants of Jerusalem, and thou king Jehoshaphat, Thus saith the LORD unto you, Be not afraid nor dismayed by reason of this great multitude; for the battle is not yours, but God's. To morrow go ye down against them: behold, they come up by the cliff of Ziz; and ye shall find them at the end of the brook, before the wilderness of Jeruel. Ye shall not need to fight in this battle: set yourselves, stand ye still, and see the salvation of the LORD with you, O Judah and Jerusalem: fear not, nor be dismayed; to morrow go out against them: for the LORD will be with you. (2Ch 20:15-17)

The reaction was that the people spontaneously worshipped, indicating they believed and had confidence in the answer.

And Jehoshaphat bowed his head with his face to the ground: and all Judah and the inhabitants of Jerusalem fell before the LORD, worshipping the LORD. (2Ch 20:18)

How long would this last when faced with the reality of going the next day in the cold light of reason to meet three great armies? There would be no success if this was not done in faith. Yahweh would have known if they went prepared to fight. Jehoshaphat the great warrior takes out his people, including those armed, but asks all the people to believe.

They rose early in the morning, and went forth into the wilderness of Tekoa: and as they went forth, Jehoshaphat stood and said, Hear me, O Judah, and ye inhabitants of Jerusalem; Believe in the LORD your God, so shall ye be established; believe his prophets, so shall ye prosper. And when he had consulted with the people, he appointed singers unto the LORD, and that should praise the beauty of holiness, as they went out before the army, and to say, Praise the LORD; for his mercy endures for ever. (2Ch 20:20-21)

In the end, after consultation, the people agree it is best to go forth led by unarmed singers. They find their enemies had turned on each other. The events are a miracle. But the people involved were just like us. They feared like us. They showed us practically how to both seek the strength and the face of Yahweh Elohim. In addition the outline of a powerful prayer that works is given to us. But this prayer won't work unless the heart, soul and strength is committed without a shadow of a doubt.

We must be able to achieve this as Jehoshaphat was not unique. His descendant Hezekiah also showed us how to seek the strength and face of God. We might observe a precise pattern, that helps us understand the thinking of the God of Israel and be humbled.