Israel shall abide many days without a king. Hosea 3:4

1) Israel shall abide many days without a king. Hosea 3:4 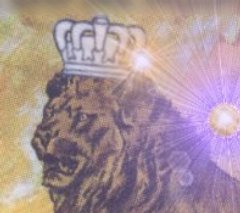 For many the old Testament is challenging. However, the langauge is often simpler than the new Testament. Secular concepts may obscure a simple understanding. The prophecy of Hosea is one of the simplest, as we can see what is happening in Hosea's relationship and can equate that to events in the nation.

There is a specific prophecy regarding a time when Israel will be neither like an 'adulterer', but not yet a 'wife'. We can know that this means Israel will neither be idolaters such as they were, nor yet in a covenant relationship. The prophecy is,

Afterward shall the children of Israel return, and seek the LORD their God, and David their king; and shall fear the LORD and his goodness in the latter days. (Hosea 3:5)

It makes a lot of sense now we see Israel is a nation to say, just as Hosea's wife was bought out of harlotry, that they abide 'many days' (years) brought out of the nations without a king. It logically follows that after abiding may days as the nation revived, brought out from bondage, that then they shall have a king and a sacrifice.

Hosea wrote just before the end of the reign of Jeroboam II of the northern Kingdom, when Uzziah king of the southern kingdom of Judah took over and ruled the Northern kingdom of Israel about 792BCE (see here). Hosea wrote specifically to Israel,

And the LORD said unto him (Hosea), Call his (son's) name Jezreel; for yet a little while, and I will avenge the blood of Jezreel upon the house of Jehu, and will cause to cease the kingdom of the house of Israel. (Hosea 1:4)

The first part came to pass in Hosea's lifetime (which established him as a prophet) with the death of Jeroboam II. The second part was fulfilled approx 722BCE, 70 years later, when the Northern kingdom was taken away by the Assyrians.

That Hosea was talking to Israel in chapter 3 is clear as the 'image', 'ephod' and 'teraphim' were part of the Northern kingdom of Israel's worship from the religion of the priest of the tribe of Dan (Judges 17-18). Hosea is therefore talking of the kingdom of Israel. In any case, Judah was soon to be taken to Babylon and though again there was a sacrifice after 70 years there was to be no prophet anointed king there either. In other words this prophecy has not be fulfilled in Israel's or Judah's ancient history. This should not surprise us as the prophecy concludes with the “latter days”.

In 1948 Israel was revived including Jezreel, but the territory of Judah was not acquired until 1967. Therefore Israel, just as Hosea said it would has now existed many days (years) without a king or sacrifice.

It follows that after this trial of many years as a nation revived, and held apart from the nations, that they, then, afterward seek Yahweh and their king David.

It also seems that after the many days (years) Israel will once again have a king, a prince, a sacrifice, image (a 'pillar', the meaning of the word Zion), ephod (where David asked and heard instruction form Yahweh), and teraphim (meaning 'healer').

There is also the point that if the nation of Israel seeks David, David must be revived. We know this is the case as David is promised,

And when your days be fulfilled, and thou shall sleep with thy fathers, I will set up thy seed after thee, which shall proceed out of thy bowels, and I will establish his kingdom. He shall build an house for my name, and I will stablish the throne of his kingdom for ever. I will be his father, and he shall be my son. If he commit iniquity, I will chasten him with the rod of men, and with the stripes of the children of men: But my mercy shall not depart away from him, as I took it from Saul, whom I put away before you. And thine house and your kingdom shall be established for ever before (in front of) you: thy throne shall be established for ever. (2Samuel 7:12-16)

Therefore long after David is dead he is once again to see his kingdom revived in front of him, and when it is revived is shall be established forever. David in fact is to have a throne, but his son is greater than David and has a higher throne, as a king of kings. David saw in vision,

The LORD said unto my Lord, Sit you at my right hand, until I make thine enemies thy footstool. (Psalm 110:1).

In the latter days, when will Israel turn and seek a right way of worship, and seek to have one like David, whose heart was with Yahweh, rule them?

We are told it is 'many years'. How long is that? The time gap in the prophecy of Hosea chapter one to the end of the kingdom was 70 years. They lost Jehu then 70 years later the kingdom ended.

There is a prophecy in Jeremiah regarding “many days” see: 70 years without a Temple