1) How can two walk together unless they be agreed? Amos 3:3 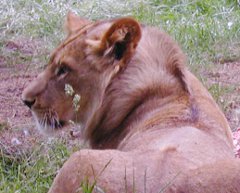 Amos was a Herdman. The first words that came to him was that Yahweh would roar from Zion. Imagine and man who might keep his flocks from lions and bears who hears that his God will roar as a lion. He speaks first of Damascus, Gaza, Tyre and Moab. He then speaks to Israel,

Hear this word that the LORD hath spoken against you, O children of Israel, against the whole family which I brought up from the land of Egypt, saying, You only have I known of all the families of the earth: therefore I will punish you for all your iniquities.

Can two walk together, except they be agreed?

Shall a trumpet be blown in the city, and the people not be afraid? shall there be evil in a city, and the LORD hath not done it?

Surely the Lord GOD will do nothing, but he reveals his secret unto his servants the prophets. The lion hath roared, who will not fear? the Lord GOD hath spoken, who can but prophesy? (Amos 3:1-8)

Yet some more modern translations have variants:

(ASV) Shall two walk together, except they have agreed?

(CEV) Can two people walk together without agreeing to meet?

(CJB) Do two people travel together without having so agreed?

(ESV) "Do two walk together, unless they have agreed to meet?

(JPS) Will two walk together, except they have agreed?

The CEV and ESV shift the sense of the last Hebrew word יעד yâ‛ad from 'accord' to 'an appointment'.

For, lo, the kings were assembled, they passed by together. (Psalm 48:4)

or (CJB) For the kings met by agreement; together they advanced.

When they shall blow with them, all the assembly shall assemble themselves to thee at the door of the tabernacle of the congregation. And if they blow but with one trumpet, then the princes, which are heads of the thousands of Israel, shall gather themselves unto thee. (Num 10:3-4)

Interliner interestingly has 2 versions one 'they make appointment' the other is 'they are congregated' . If you look at the other contexts both are possible.

There is a word for words which only occur once. Three places is not enough to be certain, also use might have slid a bit from Numbers to Psalms to Amos. In ancient times make appointment / congregate might be close in meaning. To meet they have to agree on the purpose of meeting to go to do something together as ya'ad is here the common plural form. A word is also used in context. In this context it is 'to walk'. Walk or 'shall go' is very wide in the sense it may be used. Based on the other occurrences 'they are congregated' or are 'gathered together with one consent' is possible also in Amos 3:3.

The logic of the context of going forward to do something together, suggests that though 'agreed' might not be a literal translation, it best captures the intent of the Hebrew.

Whether there is appointment or not, once people have met to go forward as Amos 3:3 says requires agreement. Yahweh says to the people, 'You only have I known'. By saying this he reminds the children of Israel of the covenant agreement he made with them. In Amos Yahweh Elohim say he withholds the rain. This is in direct reference to the walk required of the people,

If you walk in my statutes, and keep my commandments, and do them; Then I will give you rain in due season, and the land shall yield her increase, and the trees of the field shall yield their fruit. (Leviticus 26:3-4)

Later on through Jeremiah this point is again raised,

And they said, 'There is no hope: but we will walk after our own devices, and we will every one do the imagination of his evil heart.'

Therefore thus saith the LORD; 'Ask ye now among the heathen, who has heard such things: the virgin of Israel has done a very horrible thing. Will a man leave the snow of Lebanon which cometh from the rock of the field? or shall the cold flowing waters that come from another place be forsaken?

Because my people have forgotten me, they have burned incense to vanity, and they have caused them to stumble in their ways from the ancient paths, to walk in paths, in a way not cast up;' (Jeremiah 18:12-15)

The people were not walking as one, in unity and agreement, with the Holy One. There could be no agreement among the people as they each walked their own separate ways!

So because of this the God of Israel says in effect now you will hear me roar, and you will know there is a reason for it. The roaring of the God is Israel results in the trumpet for war being blown in the city, which was an evil brought by Yahweh. 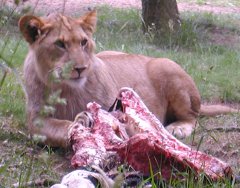 These are not separate thoughts but tied together to the very first pronouncement of the book, 'Yahweh would roar from Zion.'

The reason he would roar was that he had 'betrothed' himself in a covenant (Hosea 2), but they had not kept their side. The term 'know' implies this intimacy, which is implied also in the word ya'ad, which it seems according to Strongs might mean 'to engage' as in 'make an agreement'

Though it doesn't flow as well the sense might be best rendered by, “Can two walk (they) united-as-one except they-have-made-an-agreement to be agreed.”

They walk as they have continued to abide in that agreement as the Hebrew is not strictly past tense but an ongoing agreement. This is put first as this is the sum of the Covenant relationship. This is the heartfelt desire of Yahweh that his people may walk in unity, together as one in his ways (his statutes and commandments). This is his very name: He who will be our Mighty Ones (from now into the future) will be One/ Unity. (Deut. 6:4)

For more on unity Psalm 133 or Hear O Israel, our lord is One