1) Therefore judge nothing before the time 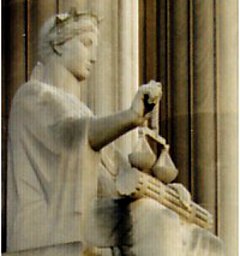 This requires that all judge others in their own congregation, based on their actions.

Dare any of you, having a matter against another, go to law before the unjust, and not before the saints? Do ye not know that the saints shall judge the world? and if the world shall be judged by you, are ye unworthy to judge the smallest matters? Know ye not that we shall judge angels? how much more things that pertain to this life? If then ye have judgments of things pertaining to this life, set them to judge who are least esteemed in the church. I speak to your shame. Is it so, that there is not a wise man among you? no, not one that shall be able to judge between his brethren? (1Cor 6:1-5)

Again Paul is berating the congregation for not judging. Note the matter of judgement is related to law, and issues of how one of the congregation treats another. Paul says they should chose the least of their brethren to make a judgement, on all matters of undesirable behaviour of one member to another.

So in what matter are we not to judge? What matter can't we judge? - the hidden matters of the heart.

What was the context? Paul was a minister, a steward, of Christ, yet such were the disputes that some were against Paul! He had enemies. People were judging, and condemning Paul. People still do judge Paul. Paul's point was that even he wasn't judging his own performance of his duties, and that it was only God who could know how he was performing as a servant.

We can judge behaviours now, in fact we must discern between good and bad behaviour, but we can't know before the time what God's final judgement of the person will be. We can't say who will and won't be saved. We just don't know. We need not oursleves be despondent on that matter either: we don't know


The other side is that we must also be wary of praising others, thinking they are wonderful and already saved, because, as Paul points out, we can't know the Mind of God...

Seek ye the LORD while he may be found, call ye upon him while he is near: Let the wicked forsake his way, and the unrighteous man his thoughts: and let him return unto the LORD, and he will have mercy upon him; and to our God, for he will abundantly pardon. For my thoughts are not your thoughts, neither are your ways my ways, saith the LORD. (Isaiah 55:6-8)

For more The greatest Love

We may very well think that it is good thing to be proud of something, or to have self esteem, even if we may be wary of sinful pride.

The book of Proverbs is indeed a book which deals with advice for living and the development of an acceptable life-style. There is emphasis on relationships with friends, acquaintances, family and parents.