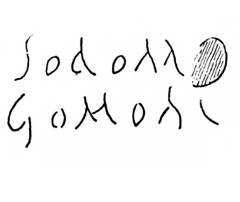 Society is now so promiscuously sexualised, that rather than learning reading writing and arithmetic, kids are to be focused on their sex and sex. No wonder Australia's education rank is slipping against the world! Even worse, sex, it seems, is a matter for Parliament. Will the next generation of students find work and earn income from sexual expression?

Is there to be no room for standards related to religious conscience in religious schools: Jewish, Christian and Muslim? If not, how are we different to a totalitarian regime?

Why should any identify as sexually orientated in school? Why is it even an issue? Does the law allow children to partake in consenting sex - of any of the varieties? If so, why not out of their age group? Might there not be issues with promiscuity in those 'trying things' and not allowed, by law, to marry? What about a 16 year old boy and a 12 year old in the same school –a pretty 12 year old boy, who has yet no fixed idea and who is forced by the stronger who loves his beauty? Many private schools go from Kinder to 12 and that opens more issues for a sexualised generation – should not then senior students in a combined school with Kinder to 12 do compulsory checks for working with small children? Public schools may have to deal with such issues as they must educate all, the point of private schools is that they can maintain set standards.

The Bible, the basis of faith and the standard of Christian conduct which rejects murder, lying and stealing says also, “Thou shalt not lie with mankind, as with womankind: it is abomination“(Lev 18:22) “The woman shall not wear that which pertains to a man, neither shall a man put on a woman's garment: for all that do so are abomination unto the LORD thy God.““ (Deut 22:5) and “If a man also lie with mankind, as he lies with a woman, both of them have committed an abomination: they shall surely be put to death; their blood shall be upon them““ (Lev 20:13). The New Testament goes further as in love of our Lord we are to keep the spirit of all the commandments! Such acts may be forgiven, but to offer a constant abomination to God in holding it up as a lifestyle for his Servants! Those not in Christ, may do anything as they wish, but knowing that there is a day that God will judge the world by His Law.

It’s not new. This is just as defunct Greek and Roman civilisation experienced. They had rejected God’s law for their own ‘wisdom’, admiring physical outward beauty and “worshipped and served the creature more than the Creator” and so the Apostle Paul points out God had cursed them and given them up to “vile affections.. for even their women did change the natural use into that which is against nature: and likewise also the men, leaving the natural use of the woman, burned in their lust one toward another; men with men working that which is unseemly, and receiving in themselves that recompense of their error which was meet. (Romans 1:21-27) Many try to re-interpret, but this is not just about exploitation, as he speaks as the acts against ‘natural’ or God-designed use. Read any Roman history recently? The walls of Pompei? On the walls of Pompei someone at the time of destruction wrote “Sodom & Gommora”. (see God's revenge)

Are you a leader? The fact of coming judgement of the nations is not my personal opinion- it has been said for 2000 years. It is not hidden - we have "Judgement Day" and "Kingdom Come" in popular culture - it was written - and the process of bringing the nations to the war of judgement has been observed by 5 generations of my family since 1880. Will you bring judgement on the people you lead? Repent for the day of the Lord is near. Jesus said that just before the day of Judgement it would be as in the days of Sodom (Luke 17:28-30). Woe to the leaders who lead others to destruction.

Behold, this was the iniquity of thy sister Sodom, pride, fullness of bread, and abundance of idleness was in her, neither did she strengthen the hand of the poor and needy. They were haughty, and committed abomination before me: therefore I took them away as I saw good. (Ezekiel 16:49-50)

Would it be too hard to turn (which is what repent means) the focus from sex to the "3 r's"?

Is your focus as a leader the truly needy or the spoilt sex concerns of the wealthy?