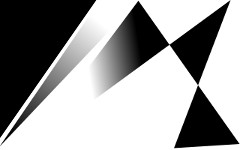 Here in the Torah, the law of Moses, we have what seems blatant Discrimination of the disabled and those born not perfect.

The LORD spake unto Moses, saying, Speak unto Aaron, saying, Whosoever he be of thy seed in their generations that has any blemish, let him not approach to offer the bread of his God. For whatsoever man he be that has a blemish, he shall not approach: a blind man, or a lame, or he that hath a flat nose, or any thing superfluous, Or a man that is brokenfooted, or brokenhanded, Or crookbackt, or a dwarf, or that has a blemish in his eye, or be scurvy, or scabbed, or has his stones broken; No man that has a blemish of the seed of Aaron the priest shall come nigh to offer the offerings of the LORD made by fire: he hath a blemish; he shall not come nigh to offer the bread of his God. He shall eat the bread of his God, both of the most holy, and of the holy. Only he shall not go in unto the vail, nor come nigh unto the altar, because he has a blemish; that he profane not my sanctuaries: for I the LORD do sanctify them. (Levitics 21:16-23)

It is clear that only the physically perfect could serve as a priest to come before Yahweh's altar. It's a very high standard.

But listen: Yahweh makes the command, but then adds at the end of the command that He sanctifies or 'sets apart' those who come to serve. Who sanctifies? The command asks the Priestly families led by the High Priest to judge for themselves and set apart only the unblemished to serve.

So who sanctifies? The High Priest and the Priests themselves do that - but yet Yahweh says he is the one who sets apart: thus here we see humans are asked to reach up to and match Yahweh's standard in His service.

That there would be many who didn't meet the standard is clear by the long list of things that defined being 'without blemish', yet there is provision for the blemished to partake of the wages of being a priest of the priestly tribe.

To human thinking this is discrimination: the visible prominece of being before the people is only given to the unblemished.. “not fair” many may cry – yet let us think. All the nation would see this, they would know that the blemished were with them, yet only selected unblemished served. What is the point?

The very first mention of unblemished is for the offering of Pesach, Passover

Speak ye unto all the congregation of Israel, saying, In the tenth day of this month they shall take to them every man a lamb, according to the house of their fathers, a lamb for an house: And if the household be too little for the lamb, let him and his neighbour next unto his house take it according to the number of the souls; every man according to his eating shall make your count for the lamb. Your lamb shall be without blemish, a male of the first year: ye shall take it out from the sheep, or from the goats: (Exodus 12:3-5)

They were going to kill the lamb, eat it and use its blood. What was the matter if it was a damaged one? It did matter, and its unblemished nature was made a matter of salvation. They could choose whether to obey and live- or die. They had to choose that the lamb was unblemished.

The blemish came early to be understood as a sign for sin. The Disciples of Christ were quoting common opinion when they asked who had sinned in the case of the Blind man.

As Jesus passed by, he saw a man which was blind from his birth. And his disciples asked him, saying, Master, who did sin, this man, or his parents, that he was born blind? Jesus answered, Neither hath this man sinned, nor his parents: but that the works of God should be made manifest in him. (John 9:1-3)

Was this man born blind for this one moment in time, or is it in fact not specific sin that causes blindness? At least from this case we can know that there is no direct correlation. One may suspect that defects are part of the general curse from Eden for sin, not specific punishment for sin.

However the Creator may choose to make some born blind, or deaf, or with a disability.

The LORD said unto him (Moses), Who hath made man's mouth? or who maketh the dumb, or deaf, or the seeing, or the blind? have not I the LORD? (Exodus 4:11)

Whether all are made individually by our Creator, defects and all, from from the womb isn't known. However we know for sure that some are formed from the womb for specific roles,

Thus saith the LORD, thy redeemer, and he that formed thee from the womb, I am the LORD that maketh all things; that stretcheth forth the heavens alone; that spreadeth abroad the earth by myself; (Isaiah 44:24)

Then the word of the LORD came unto me, saying, Before I formed thee in the belly I knew thee; and before thou camest forth out of the womb I sanctified thee, and I ordained thee a prophet unto the nations. (Jeremiah 1:4-5)

If it is the case that all priests are formed the in womb, were there some born with defects among the priests so they would learn to set apart, to discriminate, to learn about Yahweh's morally perfect servant? If there was none born imperfect, how would any understand what unblemished meant?

The lesson may be that the ideal Servant of God is perfected and morally without blemish yet there exists moral imperfection. Without the imperfection how would we know perfection? Would we be thankful for the healthy child, without the imperfect and blemished? But more that that the Torah itself shows extra care for blemished priests in legislating they inherit their portion. It shows care the blind and lame in commanding they be considered and no obstacles be placed in their way (Lev.19:14) and cursing those who despise the blind and make them wander (Deut 27:18). For most of the blemishes it made practial sense, as the role of priest, in terms of the sacrifices, was physically demanding, where someone with one hand, a weak spine or if they were lame or blind would struggle. It teaches a principle that the weaker be cared for (1 Cor. 12:25).

There is a deep lesson in that consideration also, as it stands as a physical lesson for the unseen moral weakness of sin. Woe and cursing to those who cause the morally blind to wander, the morally weak to stumble.

If we hear Yahweh's command with human thinking we won't see. But here is the great wisdom:

As Jesus passed by, he saw a man which was blind from his birth. And his disciples asked him, saying, Master, who did sin, this man, or his parents, that he was born blind? Jesus answered, Neither hath this man sinned, nor his parents: but that the works of God should be made manifest in him. (John 9:1-3)

It may well be that our lot is designed so that the works of God may also be made manifest in us. Has not the potter power over the clay (Romans 9:21)? Therefore every piece, whether it is physically imperfect or not is some part of the whole made in a process of learning discrimination to the Glory of Yahweh Elohim, as made in and by those who choose to accept they are morally blemished become part of a perfected unblemished whole at-one in Christ.

On a personal note, my observation has been that the strength of people of faith with disabilities and blemishes, echos Paul's observation,

He said unto me, My grace is sufficient for thee: for my strength is made perfect in weakness. Most gladly therefore will I rather glory in my infirmities, that the power of Christ may rest upon me. (2 Cor. 12:9)

Discriminate means recognise a distinction, to differentiate. The God of the Bible commands all who would serve him to choose to see and act to remove the moral blemishes, where the Torah taught the principles of discernment with deep moral lessons for salvation. In addition it seems the world was made imperfect to teach us these lessons. To never choose to see and discern any difference is also a choice, without making a choice, which leads to a profound moral blindness. To choose to never see or discern any difference, to never discriminate in any matter, will lead to darkness of blind ignorance. To choose human thinking of human made 'categories' which are often superficial, as a basis for discrimination and differentiation, has led to much harm as the morally blind lead the blinded into a ditch. In human affairs under the sun, let us rest in confidence and faith knowing the principles of salvation, but yet humbly as we do not know all the details as to how it is being worked out for Glory,

If you liked this you may be interested in Protest & Politics of Equality, Greed and Envy