Amongst the leading online world news reports for the week, dominated by the distress in China due to earthquake and the devastating cyclone in Burma, was a tribute to 60 years with Israel. But is there any link between the three countries?

Seemingly on the surface there seems to be none, but yet all three are linked by a remarkable prophecy of Jesus Christ.

The disciples came to Christ and asked him what would be the sign of his coming and of the end of the world (Matthew 24:3). He replied that there would be earthquakes, famines, pestilences and war, but the end would not be yet - these were just the beginning of sorrows (ESV birth pangs) (Matthew 24:8) and not to be troubled (ESV alarmed). Much of the prophecy is directed to the events of AD70, but from v 30 Jesus gives a sign that would herald his imminent return - the fig tree putting forward its leaves (fig tree = Israel - Luke 13:6,7; Joel 1:7, Jeremiah 24). The return of Israel was pivotal to the second coming of Christ.

What is Truth? God's evidence

God challenges the people of the earth to bring witnesses to prove what is right and explain why the earth is. As evidence of God’s claim that He has created the earth, and caused events to come to pass on earth, He puts forward His own evidence – the witness of Israel (Isaiah 43:1-12).

From the time of creation, God has shown evidence that He is - through His miracles. The ten plagues in Egypt are just one example of this to the people of Israel, who would have seen the events unfolding. Today we can still see God's hand in miracles, individually by answer to prayer in our lives and globally by God's witness - Israel.

The Old Testament prophets and Jesus Christ make some remarkable prophecies concerning Israel. Some of the prophecies are summarised below. The terms “latter days” and “last days” refer to the time just before the second coming of Jesus Christ.

1. Deuteronomy 28:37, 64-66 If Israel served other gods they would be scattered throughout the world and have no peace in the countries and would be in constant fear of their lives. They would be scorned and persecuted The Jews were persecuted all throughout the Middle East, Africa and Europe, often having to move and lacking civil rights. Even today there is no culture that engenders more “controversy” than Israel.

2. Matthew 24:15 The temple would be invaded in Jerusalem and the daily sacrifice taken away. (Jesus is referring to Daniel 9:27) The Temple would be destroyed. The Romans took away the worship from the Temple by destroying it in the siege in AD70.

3. Luke 21:20 Jerusalem would be compassed about by armies Rome besieged the walls of Jerusalem in AD70, starving the population out.

4. Luke 21:24,27 Jerusalem would be controlled by Gentiles until the Jews returned, just prior to the second coming of Jesus Christ to earth. From AD70 until 1948 Jerusalem was controlled by the Romans, Caliphs, Ottomans and the British

5. Amos 9:9 Israel would be sifted among all nations, like corn sifted in a sieve After AD70 the Jews fled to all parts of the earth. Israel is now the most multi-cultural country on earth due to the places that the Jews have returned from.

6. Leviticus 26:33-34 While the Jews were scattered, the land would lie waste When the Jews started returning in the late 1800’s the country was barren and desert.

7. Hosea 3:4-5 Israel would be for a long time without a King and the Temple and after this they would return. There has been no temple worship and sacrifice since AD70.

8. Zechariah 10:9 Israel would remember God in the far countries where they were scattered. The Jews maintained their separateness and worshipped at synagogues.

9. Jeremiah 30:5-7 Just prior to their regathering the Jews would face a time of distress when even men would become pale - Hitler’s Europe

10. Jeremiah 30:10, 24; Ezekiel 11:17 & 37:11-28 God would regather the Jews from all over the world and place them in the land of Israel in the “latter days” The dispersion of the Jews was to be for a long time, and they would return to the land of Israel just before the second coming of Jesus Christ.

12. Amos 9:14 Israel would return to waste cities and plant vines and gardens Israel has transformed the arid land into an agricultural land

13. Jeremiah 16:16 Israel would be regathered first by fishers and then by hunters. Fishers included Herzl’s Zionist movement, the Balfour Declaration and hunters included Hitler who forced them to flee or lose their lives in Europe

14. Ezekiel 36:20 The Gentiles would say that Israel was scattered from the land because of their unbelief Jews have been derided for being responsible for the death of Jesus Christ.

15. Ezekiel 36:22 Israel would return in unbelief of God. Statics from Israel show that approximately 5% are Orthodox and 12% are religious. The remainder have some belief but do not adhere to the Law or are secular or atheist.

16. Ezekiel 37:11-28 Israel would return as one nation, not as two kingdoms. In 1947 Israel was granted land in Palestine by a UN Partition Plan. Britain, who controlled Palestine at the time, abstained from the UN vote.

17. Zechariah 12:3 Israel is a burdensome stone to the world Israel accounts for more UN resolutions that any other country (over 80% of UN resolutions)

18. Isaiah 34:8 Controversy of Zion Israel is the cause of controversy to peace in the Middle East despite its insignificance in size and resources 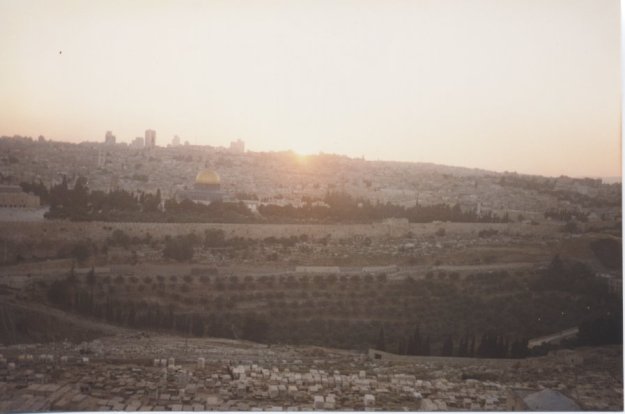 Israel came to exist despite only a few people wanting it

Sceptics have claimed that the resettlement of Palestine by the Jews is their deliberate choice to resettle there as a result of their own belief in the Old Testament prophets that they are to return prior to the coming of the Messiah in the latter days. However history has shown that this alone would not have been enough to found the nation of Israel. Reasons for this include:

2. Britain held a Mandate over Palestine at the time of World War II. By their White Paper of 1939 they limited Jewish immigration to 75,000 per year and restricted purchase of land by the Jews. Jews attempting to flee from Europe by ship were turned back in 1947 (eg Struma and Exodus).

3. Following the UN 1948 Partition Mandate, Egypt, Iraq, Jordan, Syria and Lebanon declared war on Israel. Despite being out numbered and with inadequate military supplies the Jews successfully defended their position. Since 1948 Israel has successfully defended itself in the 1967 Six Day War, against the Egyptian and Syrian invasion forces in 1973 and Lebanon in 1982. The Arabs have vowed since 1948 to run the Jews into the Sea and despite being overwhelming the greater force have not succeeded. Interestingly the animosity of the Arab countries resulted in the expulsion of over 850,000 Jews from the Arab countries and Iran. Many of these returned to Israel.

4. Over 6 million Jews were killed in Europe, leaving a world wide population of approximately 11 million. By the end of WWII there were approximately 600,000 in Israel, a small percentage of the total number of Jews worldwide. Today the Jewish population in Israel numbers over 5 million. The majority of these have no religious reason to return, as under 20% are Orthodox or considered to be “religious”. Many, such as those from East Europe and Russia have returned for economic reasons.

While the majority of Jews maintain no belief in God or Jesus Christ, God has used them to show that He is and that we can trust His word that Jesus will return.

China, Burma are signs with Israel

But there is more. Burma also became independent from the United Kingdom in 1948, the same year as Israel became a nation. Israel is the fig tree in Jesus' parable,

“Behold the fig tree, and all the trees; When they now shoot forth, you see and know of your own selves that summer is now near at hand. So likewise you, when you see these things come to pass, you know that the kingdom of God is near at hand. (Luke 21:29-31)

Burma is another national 'tree' that was planted in 1948. Also despite China being an ancient nation, in accordance with Jesus' prophecy, modern China began in 1948!

Few people remember that Ancient China came to an end in 1911. They were then ruled by warlords. From 1928 there was civil war which continued despite Japanese invasion until the Beiping-Tianjin Campaign from November 21, 1948 to January 31, 1949 resulted in Communist control of China. By 1949 modern China was ready to begin to “shoot forth”.

That these 2 nations should be in the news, proudly struggling to be independent despite adversity at the same time as Israel's anniversary is in the news links them to the prophecy of Jesus. Neither of these nations value God's word, or Jesus, but they show that we can trust Jesus' prophecy, as these nations are signs that he will soon return.