What do we think of when we think of Sweden? Modern design? IKEA? Volvo? Saab? Or Aftonbladet's infamous Donald Bostrom (awarded Dishonest Reporter of 2009)? who without evidence accused Israel of illegally harvesting organs from Gaza people during the war.

It is to be noted that Elisabet Borsiin Bonnier, the Swedish ambassador to Israel, apologised for Bostrom's article on body parts. But the Swedish Prime Minister Fredrik Reinfeldt and Foreign Minister Carl Bildt supported Aftonbladet, or at least maintained their right to write (which is effectively the same thing).

Bildt, not content with backing Bostrom's ability to write lies, went further and put forward the Swedish proposal for the European Union's policy on Israel. The resulting EU document calls for a time line of negotiations and that any changes in the 1967 line must be adopted by agreement. It is the first European statement to call for Jerusalem as the capital of two states. It divides the indivisible body of Jerusalem into parts. Was Berlin a successful city as two halves of a city? To divide Jerusalem cuts the heart of Israel, a pound of flesh.

Body parts?....Even the Swedes must know of Shakespeare's Merchant of Venice, where a foolish merchant agrees to give as a bond for a loan (that he defaults on) a pound of his flesh, and how that ended. It doesn't work.

The Swedes may need to be more familiar with Shakespeare. The Danes are familiar, for obvious reasons, with Hamlet. In Shakespeare's Hamlet, famously Hamlet, in the intrigues of the Royal court when his enemy sought his execution, uses his enemy's own letter to execute his enemy's agents, saying he was to be 'hoist with his own petard' (bomb).

Body parts. When I think of body parts I think of 'boots', known by Americans as 'trunks', (a term used of the human torso also), of 'bonnets' (hoods), guards (fenders) and such items as bumper bars. A car has a 'body'. A trade in such, is a trade in body parts. All car makers make spare car body parts. Most car makers assemble the cars from the body parts, sourced sometimes from overseas.

One reason for the construction of the long Oresund bridge from Sweden to Denmark was to transport body parts, for Saab and Volvo that is. Not all Danes are happy with the bridge as it connects Sweden to Germany and people (and spare parts) may miss stopping in Denmark entirely, though they have the noise and pollution of the through traffic.

At just the time Sweden officially (thanks to Reinfeldt and Bildt) libellously and falsely accused Israel of using Palestinian human body parts without permission, Sweden has just become noted for its reduction to body part trade! Yes! From January 2010 the iconic Swedish car manufacturer Saab will wind down operations until it closes and even Volvo is in danger.

Earlier in the week Saab announced it had sold all the rights to the current 9-5 as well as some of the technologies from the current 9-3 to Beijing Automotive Industry Holdings Co. for an undisclosed amount.

The company was selling of part of the body of its operations.....but it was not enough...

The only bidder for Saab which celebrated its 60th birthday on December 16 was Spyker.

GM Europe’s boss Reilly said the Saab closure isn’t bankruptcy or a forced liquidation, “Consequently, we expect Saab to satisfy debts including supplier payments and to wind down production and the distribution channel in an orderly manner while looking after our customers,” Reilly said.

Saab will continue to .....provide spare parts to current Saab owners around the world. http://www.caradvice.com.au/51277/gm-to-close-saab/

Saab, which traces its roots to aircraft company Svenska Aeroplan AB, was founded in 1937 to secure production of Swedish warplanes. The first car left the factory a decade later. GM bought half of Saab in 1990 and took full ownership in 2000.

Michael Robinet, a CSM Worldwide Inc. analyst in Northville, Michigan. "Brands, manufacturing and technology are not just things you can sever off very easily."

Some parts of Saab may survive in Trollhaettan to supply other automotive companies, CEO Jan-Aake Jonsson said at a news conference. "There are many assets within Saab, including operations that are not just focused on Saab,” www.businessweek.com/bwdaily/dnflash/content/dec2009/db20091218_971897.htm

It is clear the body of Saab is declared dead by GM, and if anything will survive it will only be the parts. How ironic, how appropriate! And the Swedish Government stood aside and let the iconic Saab body, which given it a home grown airforce, be broken up and its parts sold.

The Swedish government has repeatedly declared that it would not support the manufacturer financially if GM was unable to find a buyer. http://motortorque.askaprice.com/news/auto-0912/official-gm-will-close-saab.asp

While not saving Saab, the Swedish government will support Trollhaettan (http://www.saabhistory.com/2009/12/22/swedish-government-prepared-to-support-jobs-in-trollhattan-for-saab-employees/). Trollhaettan means 'troll hoods', or a covering of the superstition of fiendish beings. Highly symbolic, as Sweden still maintains it's covering of the publication of Blostrom's fiendish superstition.

A European analyst contacted Monday by Automotive News Europe had a different view. "This could lead to a slow and painful shutdown," http://www.autonews.com/apps/pbcs.dll/article?AID=/20091218/ANE/912189994/-1#

According to this website the Swedish SAAB crowned lion will live on in Chinese made cars, a bit like a human spare part lives on in another human.

While Saab is this year going to become a business in body parts only, Volvo is close to the same fate.

Volvo will remain intact if Chinese carmaker is successful in its bid to purchase the Swedish brand from US auto manufacturer Ford http://www.thelocal.se/24052/20091226/

The deal is expected to occur in 2010 and has the Swedish media worried as to the fate of Volvo.

Is the Chinese car maker going to respect Swedish processes? Can a despotic regime be given rule and there be no loss of freedom?

Can Jerusalem be divided and half given to a despotic regime, and there still be freedom in the city? The fears regarding China's take over of Volvo are surely the same issues in giving the PA, (or any of the other terrorist organisations) control over any land, let alone Jerusalem. The Swedish government in conspiring for the division of Jerusalem, might be going to a dangerous place. It might do well for the Swedes to know Shakespeare, when putting the words in the mouth of Hamlet, knew his Bible,

According to their deeds, accordingly he will repay, fury to his adversaries, recompence to his enemies; to the islands he will repay recompence. (Isaiah 59:18)

Swiftly appropriate recompense has come, for the slander of Israel. One may criticise rightly, but it is never right to lie and slander to create hate.

Thou shall not avenge, nor bear any grudge against the children of thy people, but thou shall love thy neighbour as thyself: (Leviticus 19:18)

Those who do bear grudges against Israel must be aware of this,

Know therefore that the LORD thy God, he is God, the faithful God, which keeps covenant and mercy with them that love him and keep his commandments to a thousand generations; And repays them that hate him to their face, to destroy them: he will not be slack to him that hates him, he will repay him to his face. (Deuteronomy 7:9-10)

Not one of the Sages, but educated at the feet of Gamaliel, Saul (Paul) is surely a Jewish writer who captures the essence of the situation, wrote,

Avenge not yourselves, but rather give place unto wrath: for it is written, Vengeance is mine; I will repay, said the Lord. (Romans 12:19) 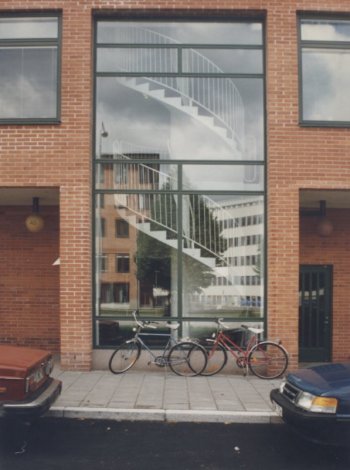 Israelis or those who love Israel need not avenge those that hate Israel, for Israel's God says he will repay. And whatever occurs will be just and appropriate. In this case Sweden's own well wishers in GM who bought Saab because they valued it, through what seems force of circumstance, reluctantly have sold part of it as a body part to a unknown Chinese company and reduced the rest to merely supplying body parts. Note how kind and just it is, the valued brand and Swedish icon is truly 'dead' but, Sweden may not lose many jobs as they will still be making and supplying body parts!

With this in mind Bilt's efforts in pushing to divide Jerusalem might result in a divided Stockholm. This very likely, as even with moves to appease its radical Islamic population, they have not avoided an increase in Islamic violence in Sweden. The Swedes, again, on this are not learning from the Danes, who have made a firm stand against Islamification.

The Danes who really led iconic Scandinavian design, who went to such effort to evacuate all their Jews to Sweden in World War II, were rewarded with an amazing post war prosperity and influence vastly greater than their small population would suggest. And Sweden was given a share of that, where Saab emerged as an icon of Swedish design.

And after Sweden's big to do about Israel and body parts, now one of Sweden's great design icons is forced to trade only in body parts.....on its 60th birthday and all. Co-incidence? No way! This is the justice of God, whom the world has forgotten is worthy of reverence and fear,

Well; because of unbelief they were broken off, and you stand by faith. Be not highminded, but fear: For if God spared not the natural branches, take heed lest he also spare not you. Behold therefore the goodness and severity of God: on them which fell, severity; but toward you, goodness, if you continue in his goodness: otherwise you also shall be cut off. (Romans 11:20-22)

Who is wise, and he shall understand these things? prudent, and he shall know them? for the ways of the LORD are right, and the just shall walk in them: but the transgressors shall fall therein. (Hosea 14:9)

For more see Jerusalem, a hirtory of settlement construction

Obama's goal, the UN: the final word on Israel

When President Obama made his inaugural speech to the United Nations on September 23 to map the direction he felt the world should take, he made the issue of Israel a key part of his 4 'pillars'. His aim is a divided Israel. But the final word on this issue is already written. Obama should know about this. He made his oath as President with his hand on that final word given on Israel.

Today David Horovitz editor of the Jerusalem Post drew our attention to a connection of Christian the lion to Jerusalem. But there is more to it than even David Horovitz has found. The whole incident has deep significance on every level.

In Israel Yom Yerushalayim, Jerusalem Day, celebrates when a divided city became one in 1967 on the 28th of Iyar. The Hebrew date varies in the Georgian calendar. In 2009 it's Friday 22 May. The issue of Jerusalem at 42 is one requiring the wisdom of Solomon.