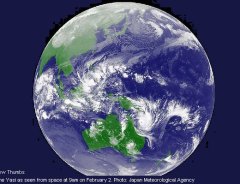 “that the living may know that the most High ruleth in the kingdom of men, and giveth it to whomsoever he will, and setteth up over it the basest of men. (Daniel 4:17 KJV)

His presidency has seen his influence undoubtedly weaken the EU. That many in the EU leadership think Trump’s an idiot has disrupted the EU-US relationship. His advice to Theresa May months ago was to leave the EU with no deal. Both the UK and the USA have poured huge amounts of money into European related organisations (such as NATO) while European countries failed to give their fair share. Calls for equity from Trump estrange the EU. In the UN Nikki Haley was the voice that pleaded the cause of Israel and condemned the nations for itheir constant condemnation of Israel. The USA has reduced funding for Palestinians creating more antagonism towards Trump.

What are these actions creating in the world? Europe has lost its former power and the nations are struggling with weakening leadership. What power will step in to take the leadership that the USA has long exerted? The most logical choice would be the rising power of Russia.

The Bible has prophesied that there will be a northern Confederacy and Trump’s actions have produced new dynamics in national alliances. Russia may still be on the outside but we can see Macron making overtures to Russia. We can see Turkey turning to Russia.

‘Son of man, set thy face against Gog, the land of Magog, the chief prince of Meshech and Tubal, and prophesy against him, And say, Thus saith the Lord GOD; Behold, I am against thee, O Gog, the chief prince of Meshech and Tubal: And I will turn thee back, and put hooks into thy jaws, and I will bring thee forth, and all thine army, horses and horsemen, all of them clothed with all sorts of armour, even a great company with bucklers and shields, all of them handling swords: Persia, Ethiopia, and Libya with them; all of them with shield and helmet: Gomer, and all his bands; the house of Togarmah of the north quarters, and all his bands: and many people with thee. (Ezekiel 38:2-6 [KJV])

And thou shalt say, I will go up to the land of unwalled villages; I will go to them that are at rest, that dwell safely, all of them dwelling without walls, and having neither bars nor gates, To take a spoil, and to take a prey; to turn thine hand upon the desolate places that are now inhabited, and upon the people that are gathered out of the nations, which have gotten cattle and goods, that dwell in the midst of the land. (Ezekiel 38:11-12 [KJV])

On the other side there is an increasing change of alliances in the Middle East. Trump has developed a good relaionship with the Arabs which the UK historically has had. This leads us to see the emergence now of a possible Southern alliance that is prophesied in the Bible.

Sheba, and Dedan, and the merchants of Tarshish, with all the young lions thereof, shall say unto thee, Art thou come to take a spoil? hast thou gathered thy company to take a prey? to carry away silver and gold, to take away cattle and goods, to take a great spoil? Therefore, son of man, prophesy and say unto Gog, Thus saith the Lord GOD; In that day when my people of Israel dwelleth safely, shalt thou not know it? (Ezekiel 38:13-14 [KJV])

Then there is the problem of Israel which is hated by most nations. What did Trump do? He did what was 'right' and moved the USA Embassy to Jerusalem causing world-wide anger and condemnation. At his inauguration he had made the promise to do this. His first nominated Ambassador was to Israel, a long time Lawyer associate of Trump’s and a Zionist Jew, David Friedman. He has since allowed the building on the mountains of Israel, whereas previous administrarions had prevented this. He has a team of Jews quietly working among Jews, Arabs and Palestinians to reach a Peace plan. It is prophesied that Jerusalem would become a “burdensome stone “for the nations and that the Jews once again restored to their ancient homeland would dwell on the mountains of Israel, Judea and Samaria.

The burden of the word of the LORD for Israel, saith the LORD, which stretcheth forth the heavens, and layeth the foundation of the earth, and formeth the spirit of man within him. Behold, I will make Jerusalem a cup of trembling unto all the people round about, when they shall be in the siege both against Judah and against Jerusalem. And in that day will I make Jerusalem a burdensome stone for all people: all that burden themselves with it shall be cut in pieces, though all the people of the earth be gathered together against it. (Zechariah 12:1-3 [KJV])

Where does this lead us? Trump has been a catalyst for a changing world in the alliance of nations, which the Bible has clearly shown would develop. Many people in the USA in 2016 saw Trump as a modern day Cyrus because of his support of Israel. He has had a life long association with faithful Jews.

As Trump perceived great problems in the USA and the world in general he was driven to do something about the issues he saw, by taking on the task of President if he was elected. Trump has both the hate of many and a strong following in a divided USA, many of his followers standing for the basic principles of Christianity that the nation was founded on. Donald Trump may not have envisioned where his actions have taken the world, but he is indeed a vessel in the changes needed that fulfil the prophetic word of Yahweh. We are advised to watch and for us the daily events we see happening in the world should strengthen our faith and hope in the veracity of the Word of Yahweh.

Watch ye therefore: for ye know not when the master of the house cometh, at even, or at midnight, or at the cockcrowing, or in the morning: Lest coming suddenly he find you sleeping. And what I say unto you I say unto all, Watch. (Mark 13:35-37 [KJV])

For more Is Trump a Modern Cyrus?

or Was the US embassy Move prophesied

From here to where?