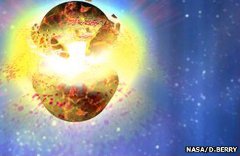 Some things strike us as interesting. Someone thought the world would be interested that a 'Gamma-ray burst 'hit Earth in the 8th Century'. It was a long time ago. Yet a bunch of scientists have found traces of such an event and are now asking 'why?' and the similar question 'how?'

And whatever does it have to do with the Bible?

Using tree rings and ice-core data, researchers were able to pinpoint that this would have occurred between the years AD 774 and AD 775, but the cause of the event was a puzzle.www.bbc.co.uk/news/science-environment

It so happens that era was remarkable. In July 774 the king of the Franks, Charles 1 became king over Italy (as king of the Lombards). He had taken his father Pepin's conquests in Italy and consolidated them to expand his kingdom into an Empire. His status was to become so great that he is known as 'Charlemagne'. From 774 he became the first Roman Emperor since the collapse of the Western Roman Empire. In that year the trees record there was a massive burst of energy,

Now a study suggests it was the result of two black holes or neutron stars merging in our galaxy.

The year 774 saw a massive political merger of two stellar political powers: The king of the Franks and the Papacy. 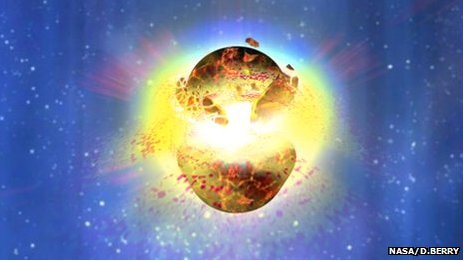 The possibility of a supernova - an exploding star - was put forward, but then ruled out because the debris from such an event would still be visible in telescopes today.

Another team of US physicists recently published a paper suggesting that an unusually large solar flare from the Sun could have caused the pulse of energy. However some others in the scientific community disagree because they do not think that the energy produced would tally with the levels of carbon-14 and beryllium-10 found.

So now German researchers have offered up another explanation: a massive explosion that took place within the Milky Way.

One of the authors of the paper, Professor Ralph Neuhauser, from the Institute of Astrophysics at the University of Jena, said: "We looked in the spectra of short gamma-ray bursts to estimate whether this would be consistent with the production rate of carbon-14 and beryllium-10 that we observed - and [we found] that is fully consistent."

These enormous emissions of energy occur when black holes, neutron stars or white dwarfs collide - the galactic mergers take just seconds, but they send out a vast wave of radiation.

The merger of the political power and the religious power in 774 was to have great effect also.

The book of Revelation speaks of the rise of the revived Roman Empire (as all human empires since the time of Daniel are described as 'beasts'), and says something very specific of it,

And I beheld another beast coming up out of the earth; and he had two horns like a lamb, and he spake as a dragon. And he exercised all the power of the first beast before him, and causes the earth and them which dwell therein to worship the first beast [Rome], whose deadly wound was healed.

And he does great wonders, so that he makes fire come down from heaven on the earth in the sight of men,

And he causes all, both small and great, rich and poor, free and bond, to receive a mark in their right hand, or in their foreheads: (Revelation 13:11-16)

The people on earth in 774 may or many not have seen it, but scientists last year have found that a very powerful 'fire' was sent from heaven to earth.

Last year, a team of researchers found that some ancient cedar trees in Japan had an unusual level of a radioactive type of carbon known as carbon-14.

In Antarctica, too, there was a spike in levels of a form of beryllium - beryllium-10 - in the ice.

These isotopes are created when intense radiation hits the atoms in the upper atmosphere, suggesting that a blast of energy [fire] had once hit our planet from space [heaven].

That we may know it now, and think on it, may make us ponder that once again last year the 'miracles' done by the papal system which was almost politically dead, and is now very much alive. Last year the papacy helped sponsor the Palestinian Authority as if it was a state in the UN.

We do not seek 'omens' in the heavens and are not to be dismayed at signs in them (Jeremiah 10:2), rather it is interesting to note that natural events may parallel political as a comment. When creation is complete, and the angels rejoice, the stars also are made to sing. Is it just poetry? Or is it that when the Creator felt joy he made the stars move in some way?

Where wast thou when I laid the foundations of the earth? declare, if thou hast understanding. Who has laid the measures thereof, if thou know? or who has stretched the line upon it? Whereupon are the foundations thereof fastened? or who laid the corner stone thereof; When the morning stars sang together, and all the sons of God shouted for joy? (Job 38:4-7)

In another place all the natural world is shown as being capable of responding and giving praise,

Praise ye the LORD from the heavens: praise him in the heights. Praise ye him, all his angels: praise ye him, all his hosts. Praise ye him, sun and moon: praise him, all ye stars of light. Praise him, ye heavens of heavens, and ye waters that be above the heavens. Let them praise the name of the LORD: for he commanded, and they were created. He has also stablished them for ever and ever: he has made a decree which shall not pass. Praise the LORD from the earth, ye dragons, and all deeps: Fire, and hail; snow, and vapour; stormy wind fulfilling his word: (Psalm 148:1-8)

There is something of note in weather and climate. It so happens that this burst of radiation from the cosmic combination came as the Holy Roman Empire began, and at that time there was a change in the climate in that part of Europe. After this burst of radiation, it became warmer, especially in Western Europe, Scandinavia and England. The Holy Roman Empire had acquired power, but to counter it much more of the earth to the North was to become habitable. See how 774-5 is just before the rise in temperature in the North? We can see how one event might have done two things: sent fire from heaven to earth, and prepared for a warmer earth that some might escape the strangle hold of power and increasing persecution. 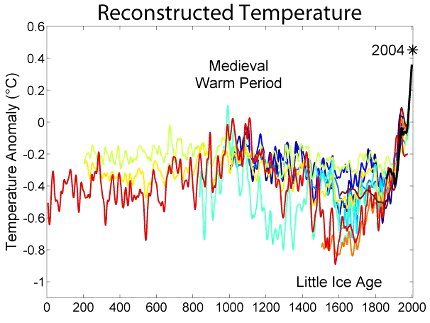 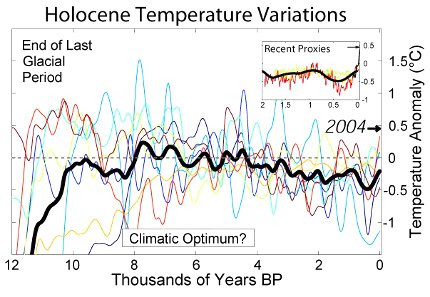 The last point in all this is the over arching question: just how is it that there is so much energy out there in space that a blast of energy from space may be recorded so strongly on earth that it may be found out about hundreds of years later? Where does the energy come from, in a world more likely to lose energy as heat than to gain it? What moves the matter that it may collide to release the energy? It is all very well to send particles about in an accelerator, but that's a huge energy input, more than that, that energy input is ordered.

We might seem more as fools, and the ancient more wise, because it's obvious that movement of any sort requires Energy input and in terms of those stars, there is evidence of a sudden release of a lot of energy. We might also call it power,

When I consider thy heavens, the work of thy fingers, the moon and the stars, which thou hast ordained; What is man, that thou art mindful of him? and the son of man, that thou visit him? (Psalm 8:3-4)

And we might wonder why the Psalmist in one breath speaks about pragmatics of the God of Israel's work on earth, and then the stars...

The LORD doth build up Jerusalem: he gathers together the outcasts of Israel. He heals the broken in heart, and binds up their wounds. He tells the number of the stars; he calls them all by their names. (Psa 147:2-4)

For more Doing things in space

Or on the year 774 Times Appointed

Events, are moving at such a pace that we don't have time to analyse those with significance in depth.

Was the US Embassy move led by Trump Prophesied?

Shall a trumpet be blown in the city, and the people not be afraid? shall there be evil in a city, and the LORD hath not done it? Surely the Lord GOD will do nothing, but he revealeth his secret unto his servants the prophets. (Amos 3:6-7)

We hear 'Trump', and we associate it with 'Trumpet', which is the likely origin of the surname which was given to a Trumpeter or Drummer in the Army. The trumpet in the Bible speaks also of a call to war as Amos points out. Amos also says that when the trumpet of war is blown, Yahweh has done it. We are told that what is done is revealed to his servants.