Why doesn't God hear my Prayer?

1) Praying to a Powerful God 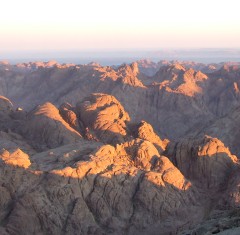 Though prayer may seem not to be answered, perhaps wisdom may be prayed for.

The Bible gives many accounts of God's personal relationships with faithful people. It gives many accounts of answered prayer (see prayer). Generally mis-conceptions and lack of faith come from a lack of prayerful familiarity with the Bible. Reading books about the Bible, or this article will not replace reading the Bible. This article will point out a few ideas to begin your search in the Bible as to why your prayers were not answered, and to find how to make your prayer powerful.

The first misconception is that the world ought to be the way we think is good. We were told it was created very good (Gen 1:31), but then it was made subject to curse (Gen 3:17). Curiously there seems in Biblical Hebrew to be no equivalent word for the English ideal of an infinite 'perfection'. In Eden there was a serpent that was made cunning, and who was made able to talk.

The second mis-conception (indeed a myth-conception) is that God is there to give us things we want, or that we think good. These things we think good might be very altruistic. Our society in general has this idea that God ought to be 'Good' and evil comes from somewhere else. It seems the failure to understand what the Hebrew word 'satan' means, has caused this myth.

In Genesis, in Eden, Adam and Eve seem not to have prayed. Rather it seems at the time of the cool breeze of the evening they could hear directly the words of the Yahweh Elohim, and they could converse with him. The first specific form of prayer is recorded at the time of the birth of Enos.

And to Seth, to him also there was born a son; and he called his name Enos: then began men to call upon the name of the LORD. (Genesis 4:26)

Calling on the name of Yahweh “He who will be”, is to call on his purpose. At the birth of Seth's first male son, Enos, a new situation emerged. Cain's seed was appointed to destruction. Enos would grow up and be able to make a choice. Enos' father Seth was the 'appointed seed' to replace Cain and his grandparents were Adam and Eve. By calling on the Name, or purpose, they seem to be asking that Enos be 'the seed of the woman' who would fulfil God's word that Eve's 'seed' would bruise the head of the serpent's 'seed'. The seed of Seth and Enos became the seed of Abraham (Romans 9:7). The Apostle Paul explains it,

Now to Abraham and his seed were the promises made. He saith not, And to seeds, as of many; but as of one, And to thy seed, which is Christ. (Gal 3:16)

This would be their deliverance. As Enos might fail, as Cain had done, they would have prayed at his birth that in him God would establish his word. It seems likely prayer began specifically to ask that God establish his word, in the life of a specific person.