Why doesn't God hear my Prayer? 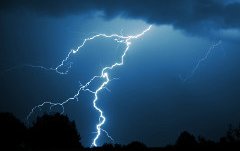 The book of Job seems to fit with the era preceding the time of Abraham. In that era God spoke directly to people, and they could speak to him. From this we might understand who God listens to, and how to address God, and what God might think of our words. Job is introduced with an introduction we would all desire,

There was a man in the land of Uz, whose name was Job; and that man was perfect (undefiled) and upright, and one that feared God, and eschewed evil. (Job 1:1)

This is how God viewed Job, before he was tried. This is shown in that Yahweh asked the adversary to consider Job as an example servant (Job 1:8). Job is called “my servant.” We see that God does not first talk to Job, but to his adversary. In the same way God reasoned with Cain. We see that Job suffered loss, but

In all this Job sinned not, nor charged God foolishly. (Job 1:22)

Then, despite Job being undefiled in his service to God, God listens to the very valid point that the adversary makes. What if Job was in pain he knew came from God, would he still serve God? Notice the adversary asks Yahweh to 'touch' Job's 'bone and flesh'. It was to be a terrible and painful sickness in bones and flesh of the type the adversary wanted, but not life threatening (Job 2:6).

We can see in this how God answered the adversary's prayer. The purpose of God in answering the plea was to show to a servant who needed to improve, that he ought to follow Job's example. In the following events Job establishes something amazing. When it first happens he says to his wife,

Thou speakest as one of the foolish women speaks. What? shall we receive good at the hand of God, and shall we not receive evil? In all this did not Job sin with his lips. (Job 2:10)

We see how similar Job's wife's idea is to the adversaries. It is not uncommon to think that people smitten by God would not serve him. It is often even today given as a reason people don't wish to serve God. But Job was a dutiful and undefiled servant. His illness meant he could no longer serve God in the way he had. He was defiled by the skin complaint. But he knew for sure that even though he had done the best he could have done, that his God had afflicted him with terrible pain and defilement. In his grief, when he knows by experience that he is going to have to endure he asks

He knew God had afflicted him. Then his friends afflict him more by saying that it was brought on by sin. Job knew he had not sinned in such a way as they said. He knew he was not afflicted for his sin. The curious thing is that knowing he was afflicted by God, he did not ask for release. He merely gave God the glory by, in many words, saying how powerful God was, and that there was none who could plead for him. There is a critical point in the argument,

For he is not a man, as I am, that I should answer him, and we should come together in judgment. Neither is there any daysman betwixt us, that might lay his hand upon us both. Let him take his rod away from me, and let not his fear terrify me: Then would I speak, and not fear him; but it is not so with me. (Job 9:32-35)

Job's words prefigure Christ as mediator. This shows how it was that Job accepted his situation, and would not pray or beseech, or plead. Job was absolutely remarkable. We might make judgements based on the record of scripture we have, but Job did not have this. He did not have the words that we may come boldly to the throne of grace. We might think we know better, but how many of us would be worthy of God's commendation to start with? James summarised the record of the book of Job for us,

Behold, we count them happy which endure. Ye have heard of the patience of Job, and have seen the end of the Lord; that the Lord is very pitiful, and of tender mercy. (James 5:11)

But yet despite the commendation for this patience, Job, who was so upright, was the one and only person who could pray for his own deliverance. He had prayed for his sons and daughters and been heard, as Ezekiel pointed out,

Though Noah, Daniel, and Job, were in it, as I live, saith the Lord GOD, they shall deliver neither son nor daughter; they shall but deliver their own souls by their righteousness. (Ezekiel 14:20)

When Yahweh finally does speak,

Then the LORD answered Job out of the whirlwind, and said, Who is this that darkens counsel by words without knowledge? Gird up now thy loins like a man; for I will demand of thee, and answer thou me. (Job 38:1-3)

Because his patience is commended, this rebuke cannot simply be interpreted as Yahweh being unhappy with Job. The arguments might rather reinforce Job's willingness to accept his God's power. They also show that Job could rely on the power of the Mighty One, and ask for healing. Job repents that he did not ask,

I know that thou can do every thing, and that no thought can be withholden from thee. (Job 42:2)

Then we can note Job then after the rebuke finally does ask, in fact he says he demands of his God knowledge,

Who is he that hides counsel without knowledge? therefore have I uttered that I understood not; things too wonderful for me, which I knew not.

Hear, I beseech thee, and I will speak: I will demand of thee, and declare thou unto me.

I have heard of you by the hearing of the ear: but now mine eye sees thee.

We can see how Job as an upright servant, as a teacher, yet lacked one thing, that he could also, because he was upright, speak and demand things of God. Job's righteousness meant he could pray and ask for things. He admits he served as one who hears and does the will of God obediently, but he had not before 'seen' the face, or the power of God as an active thing in his life. We know Job can pray for others after this, as he prays for the deliverance of his friends who had sinned,

Therefore take unto you now seven bullocks and seven rams, and go to my servant Job, and offer up for yourselves a burnt offering; and my servant Job shall pray for you: for him will I accept: lest I deal with you after your folly, in that ye have not spoken of me the thing which is right, like my servant Job. (Job 42:8)

We might understand the subtleties of this. The adversaries request was answered because it was useful in the life of a most precious servant. Because of the events Job could rightly speak of the need for a mediator (which was given in Christ) and learn that because he was upright, he might pray for others (as a pattern of Christ). The incredible thing and the great lesson for us is that Job was accepting of and thinking he would endure (not without some relevant complaint) a disease that would seem a terrible and painful, but not fatal, lifelong affliction from his God! No wonder he was so highly regarded by his God. From Job's example we can see how, if we seek to do the will of God, we may as servants of God, pray for healing. Job was also commended for patience.

There is a curious point that the adversary in Job was among the servants of God, as his words were heard.

It is a principle that the words of those who are evil and who have no relationship with God, are not heard.

The man answered and said unto them, Why herein is a marvellous thing, that ye know not from whence he is, and yet he has opened mine eyes. Now we know that God hears not sinners: but if any man be a worshipper of God, and does his will, him he hears. (John 9:30-31)