The following is a brief summary of Israel's past showing the fulfilment of the prophecies in Deuteronomy given in about 1250BC. History has shown that the Jews were once a strong nation, but during successive invasions they were scattered, taken captive or slain. The Bible declared that this would happen if they were unfaithful to their God. This was prophecy. It happened as foretold. We have the evidence. This is the importannce of prophecy which tells us what will happen. We can see what has happened and this should then give us confidence that other unfulfilled prophecies will be fulfilled. This then can be a foundation for faith building. We ask, did it happen? This is the test for Prophecy.

Weakened but not Completely Destroyed

In the 6th century BC, a remnant were allowed to returnfrom Babylon to their homeland and rebuild their temple and city of Jerusalem. Again at this time, the prophets of Israel such as Jeremiah and Ezekiel again prophesy that the nation will ultimately be dispersed among the nations for their disobedience and faithlessness. Ezekiel warned the nation: 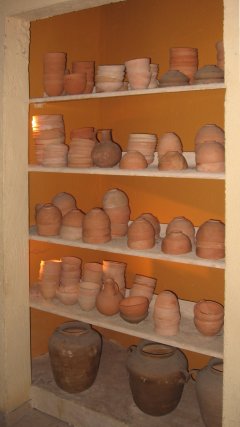 In all your dwellingplaces the cities shall be laid waste, and the high places shall be desolate; that your altars may be laid waste and made desolate, and your idols may be broken and cease, and your images may be cut down, and your works may be abolished. And the slain shall fall in the midst of you, and ye shall know that I am the LORD.

Yet will I leave a remnant, that ye may have some that shall escape the sword among the nations, when ye shall be scattered through the countries.

And they that escape of you shall remember me among the nations whither they shall be carried captives, because I am broken with their whorish heart, which hath departed from me, and with their eyes, which go a whoring after their idols: and they shall lothe themselves for the evils which they have committed in all their abominations.

And they shall know that I am the LORD, and that I have not said in vain that I would do this evil unto them.(Ezekiel 6: 6-10)

Hosea prophesies of the return of the children of Israel to their God in the latter days.

The words of Ezekiel and Hosea are echoed many times in the writings of the prophets. The following are just a few places where they are to be found.