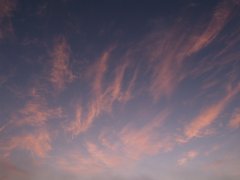 The first item of Yahweh's worship, the altar, was to be of earth or unhewn stones.

An altar of earth thou shalt make unto me, and shalt sacrifice thereon thy burnt offerings, and thy peace offerings, thy sheep, and thine oxen: in all places where I record my name I will come unto thee, and I will bless thee. And if thou wilt make me an altar of stone, thou shalt not build it of hewn stone: for if thou lift up thy tool upon it, thou hast polluted it. (Exodus 20:24-25)

It is very strong language to say that the use of a tool would pollute it. Any tool on stone creates the sharp ringing of noise. An earth altar, or only of stacked unhewn stones is made quietly. It also speaks of an appearance, as to carve the stone is to put human impressions onto it.

Solomon, whose name means peaceful, knew this principle and no sound was heard building the temple. An entire building built in silence!

As David set aside metal for joining, logically if no hammer was used, they were pin or peg connections and not modern style nails which are hammered in.

And David prepared iron in abundance for the nails (Hebrew 'pegs') for the doors of the gates, and for the joinings; and brass in abundance without weight; (1Chron. 22:3)

Interestingly, though Yahweh loves silence, he reserves the right to himself to make a lot of noise,

Is not my word like as a fire? saith the LORD; and like a hammer that breaketh the rock in pieces? (Jer. 23:29)

In symbol in our service of Yahweh, we may let Yahweh's words break all the rocks. The implication also is that Yahweh desires the place of worship to be one of a quiet relationship not of thundering judgement.

This principle of silence is none more strikingly put,

But the LORD is in his holy temple: let all the earth keep silence before him. (Habbakuk 2:20)

Reverence and awe often go with silence, as in awe people are often dumfounded. In ancient times of respect awestruck people would automatically bow. Moses though granted great privilege, as no other than our Lord has been granted, when faced with the Glory of Yahweh Elohim

Moses made haste, and bowed his head toward the earth, and worshipped. (Exodus 34:8)

In the silence of awe there comes learnt and right words of praise in unity,

And when all the children of Israel saw how the fire came down, and the glory of the LORD upon the house, they bowed themselves with their faces to the ground upon the pavement, and worshipped, and praised the LORD, saying, For he is good; for his mercy endureth for ever. (2Ch 7:3)

In the silence of the vision when Ezekiel sees the Glory, he heard wonderful things,

Then the glory of the LORD went up from the cherub, and stood over the threshold of the house; and the house was filled with the cloud, and the court was full of the brightness of the LORD'S glory. And the sound of the cherubims' wings was heard even to the outer court, as the voice of the Almighty God when he speaketh. (Ezekiel 10:4-5)

The sound of wings beating the air can only be heard in the quiet. The whole temple in the vision was quiet, so quiet the wings could be heard 'even to the outer court'. Each wing type in creation has its own sound, with the wings of one type of dove famously making a distinctive bell-like sound.

The Temple in reality was a very quiet place, but not totally silent. There was designed into the temple the sound of little gold bells to mark every movement of the high priest,

The bells were needed because the Glory that dwelt there, the Glory that Moses saw the hind parts of, is too strong for flesh to survive its rays, so it needs to be enfolded in cloud. If the people were outside too, in the silence of respect, they would hear the high priest as he made the offering on their behalf. If they were noisy they would not hear it. Think of it: a city in silence on the Day of Atonement, and the people hearing the faint sound of gold tinkling bells.

Such a scene occurred also when Zacharias heard the angel speak of the birth of John the Baptist when in the temple,

And the people waited for Zacharias, and marvelled that he tarried so long in the temple. And when he came out, he could not speak unto them: and they perceived that he had seen a vision in the temple: for he beckoned unto them, and remained speechless. (Luke 1:21-22)

With silence, there is miracle.

Being on the right side