1) House of prayer for all nations 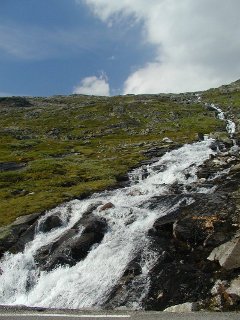 There are specific prophecies about a future temple.

This is backed by another promise of a king-priest,

The LORD has sworn, and will not repent, Thou art a priest for ever after the order of Melchizedek. (Psalm 110:4)

One of the most clear references to a great temple for all the nations at Jerusalem is this prophecy,

Isaiah also speaks directly of a 'house of prayer' for all people, which in context implies others are added to Israel,

Also the sons of the stranger, that join themselves to the LORD, to serve him, and to love the name of the LORD, to be his servants, every one that keeps the sabbath from polluting it, and takes hold of my covenant; Even them will I bring to my holy mountain, and make them joyful in my house of prayer: their burnt offerings and their sacrifices shall be accepted upon mine altar; for mine house shall be called an house of prayer for all people. The Lord GOD which gathers the outcasts of Israel saith, Yet will I gather others to him, beside those that are gathered unto him. (Isaiah 56:6-8)

The context is that this occurs when Israel is re-gathered. It did not occur when the temple was re-built in the time of Ezra and Nehemiah as this same passage in Isaiah is quoted as a sure future event by Christ in the New Testament,

He taught, saying unto them, Is it not written, My house shall be called of all nations the house of prayer? (Mark 11:17)

However the most weight of evidence for a future temple at Jerusalem is a significant amount of text at the end of the book of Ezekiel from chapter 40 devoted entirely to a detailed account of a massive building. This building is set in a context of a nation of Israel with significantly extended borders: from Egypt to the Euphrates.