Whereas these nations Edom, Ishmaelites Moab, Hagarenes, Gebal, Ammon, Amalek; the Philistines with the inhabitants of Tyre and Assur in the main were contemporary enemies of Asaph's experience especially in the matter of their pagan gods, they are not a precise list of enemies that fought from the other records. Do these nations refer to Arabs or to the nations involved in Israel reborn? If the whole is taken as the 'vibe of the thing', it works both in the long history of the past and the much shorter present, but the detail of that list of names tends to be hard to pin down.

Those seeking eschatological significance with a western mind, suggest that Psalm 83 is a prophecy of a final battle before Christ returns. I asked one who had studied it recently who were the nations referred to, and it was clear that they had recently been rethinking them, but were happy to name Jordan which relates to Edom, Ammon, and Moab. They also named Iran, Hezbollah in Lebanon (which would equate to Tyre) and Hamas in Gaza may relate to the Philistines. They equate Iraq with Assyria and Amalek with the Bedouin. As Iran is directly linked to all but Jordan and as Ezekiel 38 names Iran as Persia, with a strong role and Iraq and Northern Syria is Assyria, once again new are faced with the list seeming not to be precise. We seem at present to be missing the Ishmaelites who may be named as 'the Arabs' and the Hagarenes and Gebal (in Idumea). As the last named seem small in the past and in Israel borders we might suggest the Hagarenes are Fatah in the so called 'West Bank' and Gebal is again Jordan.

The question I have is looking at who is involved, why does this Psalm refer to a last days battle as in what way has it not been fulfilled at any and all times since 1964? Even before Israel was a nation reborn those who emerged from the Ottoman Empire have 'lifted up the head' with hatred, 'tumult', 'crafty counsel' and 'consultations together' to murder Israel still-born. And when it was born in 1948 they were 'confederate together' and have said, “Come, and let us cut them off from being a nation; that the name of Israel may be no more in remembrance.”

Whereas the idea of 'the Arabs' seeking to destroy Israel in yet another all out war was sustainable in the era leading up to the implosion of Syria and ISIS rise, it is no longer sustainable partly due to ISIS demise. At the time of ISIS rise I noted to many and all and sundry that ISIS was a catalyst. Subsequent events have borne this out, as ISIS was instrumental in destroying Syria and Iraq, and has now come to challenge Hamas in Gaza as well. One reason why the idea of 'the Arabs' is no longer sustainable as it is rather hard to identify 'the Arabs' unless we mean Saudi Arabia, UAE, Bahrain, Kuwait and Qatar, with half of these now forming anti-Iran relationships with Israel, and the others forming pro-Iran relationships. The Arabs in Israel proper are now more likely than not increasingly identifying themselves as 'Israeli'. What was loosely called 'the Arabs' is now Egypt (who are in the main are not Arabs) fighting the Muslim Brotherhood and insurgents in the Sinai. Saudi Arabia is in a struggle with Iran, Yemen and Turkey. Turkey (which is not Arab) is actually fighting for regional hegemony in Syria, but as we write cannot afford power and has terrible currency woes and inflation. Actually everyone, including the British are fighting in Syria. At this point we can see that their fate since 1964 is exactly as Psalm 83 sets out! 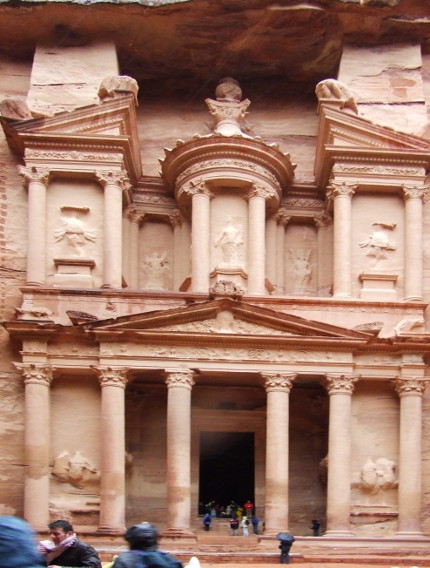 We have the hatred and the tumult leading up to 1948-49 and we see Asaph's curse comes.

Do unto them as unto the Midianites; as to Sisera, as to Jabin, at the brook of Kison: Which perished at Endor: they became as dung for the earth. (Psalm 83:9-10)

There was a miracle in 1948 where the 'rivers' over-flowed 'the banks' and Jews poured into Israel One of the lead conspirators working with the British, Abdullah I bin Al-Hussein of Jordan survived the war as he was not leading troops, but like Sisera was killed by someone he would have thought an ally.

He was assassinated in Jerusalem while attending Friday prayers at the entrance of the Al-Aqsa mosque by a nationalist Palestinian in 1951 of the Hussenini clan. Wikipedia.

In the struggle of two brothers to succeed their father, British conspiracy was confounded, and the anti-British mentally ill brother Talal prevailed. Though the leaders bodies were not dung on the earth- many of those Arabs who died fighting died with record of their name.

Israel lost 6,373 of its people, The exact number of Arab casualties is unknown…. In 1958, Palestinian historian Aref al-Aref calculated that the Arab armies' combined losses amounted to 3,700, with Egypt losing 961 regular and 200 irregular soldiers and Transjordan losing 362 regulars and 200 irregulars. According to Henry Laurens, the Palestinians suffered double the Jewish losses, with 13,000 dead, 1,953 of whom are known to have died in combat situations. Of the remainder, 4,004 remain nameless but the place, tally and date of their death is known, and a further 7,043, for whom only the place of death is known, not their identities nor the date of their death.

There can be no doubt that some at least became dung for the earth in whatever estimate, as they had no idea who had perished.

Make their nobles like Oreb, and like Zeeb: yea, all their princes as Zebah, and as Zalmunna: (Psalm 83:11)

There was a noble involved in the 1948 war. Count Folke Bernadotte, of the Swedish Royal house. Though there is every likelihood that the Count was trying to be even handed, he did suggest that Jerusalem would be internationalised and the UN would control Jewish migration, and allow Arabs to return. He was assassinated by the militant Zionist group Lehi. The lead commander Hasan Salama of the local Arab militia who was 'raised up' as he had led the 1936 Arab revolt was killed early in the 1948 war and “On 22 October, Israeli naval commandos using explosive boats sank the Egyptian flagship Emir (King) Farouk,” Wikipedia. In both wars 1948 and more so in the 1967 war, the nobles and princes are the aircraft that give superiority. In 1967 Israel famously slew the air superiority of Egypt, Jordan and Syria.

The next section of the Psalm Asaph calls on power only Yahweh Elohim has.

Who said, Let us take to ourselves the houses of God in possession. O my God, make them like a wheel; as the stubble before the wind. As the fire burneth a wood, and as the flame setteth the mountains on fire; So persecute them with thy tempest, and make them afraid with thy storm. Fill their faces with shame; that they may seek thy name, O LORD. Let them be confounded and troubled for ever; yea, let them be put to shame, and perish: (Psalm 83:12-17)

Is this judgement to be exhibited on one 'last-day', six or ten 'last-days', or have we seen people as stubble before the wind and self-inflicted fire for 70 years?

Tyre was known for its trade in the Cedar of the mountains. The most famous image of Lebanon is the burning cedar as the Beirut, the Paris of the Mediterranean, fell into utter chaos since they let in the PLO. I remember in the 1990s that they had some hopes of rebuilding in Lebanon, but surely none could have foreseen that it would get worse and people would have no governance, a self inflicted destructive explosion further destroy the city, rampant inflation and no electricity.

In plain words Zidon was rebuked in Prophecy

As this prophecy is in prose and clearly notes the gathering of Israel from where they were scattered, it's clear it would apply in this generation since 1948 and 1967. As Jews have been gathered, those of this area have been a 'Pricking Brier' from the area of Zidon, including incursions and rocket attacks. We have seen that Zidon suffers blood on their streets and the sword on every side, which might have been observed any time since they let in the PLO and is more evident in recent times since 2011 when all about them in Syria there is fighting, and in addition there are now divisions within.

Egypt, that got the Sinai from Israel for 'peace' has been considerably weakened by the Sinai insurgency since 2011, not helped by the Moslem Brotherhood and the remnants of ISIS. But if Egypt has an issue since 2011, Syria has been almost utterly destroyed, so much so some are killing powerful tribal leaders in the Euphrates area, tribes made powerful because Syria, Turkey and the Kurds are all weakened. Bashar Assad in 2013 bitterly claimed Hezbollah's involvement in Syria was the 'rebels' attempt to 'choke the resistance' the struggle against Israel. I saw a documentary before the civil war began in Syria of an undercover reporter asking youth on a train in Syria about Israel and found latent and absolute hatred. Before that Israel had removed Syria's attempt at a nuclear program; On September 6, 2007, Israeli fighter-bombers destroyed a mysterious installation near the Euphrates River in the Deir-ez-Zor region. nationalinterest.org

Jordan & Falestininans (no 'P' in Arabic)

If the Jordanian Arab, Syrian, Lebanese and Egyptian discord during their wars against Israel was notable, the discord has only increased as a fire and since 2011 as a destroying tempest. Jordan is in crisis as its ruling family is at odds with its parliament, but this article traces how it has always been close to crisis and though surviving 2011 is becoming unsustainable. Fatah is at odds with Hamas both in Gaza and the so called 'West Bank' and cannot agree, even as Hamas power in Gaza is threatened by ISIS. Though the Biden Adminstration seeks to restore the role of the Fatah led PA, they are hamstrung by the pay for slay laws of US Congress, and the utter corruption of the PA.

Iraq (which might be called Ashur Assyria) after long wars with Iran, suffered an American led invasion for phantom weapons of mass destruction, has suffered incursions by the Kurds and constant internal attacks. The people who call themselves Assyrians are mostly Chaldean Christians are scattered globally.

Whether the Bedouin of Israel's Negev are more than a vexatious thorn of Numbers 33:55 or indeed whether there is any unity among the remnants of the people that came during Ottoman and British settlement and the Arab clans of the Mountains of Israel is yet to be seen. But at least one Hebron Arab clan leader has called a truce with Jews.

It is also very hard to sustain the idea that 'the Arabs' hate Israel and wish to destroy it anymore when UAE and Bahrain are doing business with Israel, and the Saudi's are clearly talking. At the very least the Arab world is already divided as stubble before the wind.

A point to note is that Psalm 83 when compared to prose prophecy lacks the 'thus saith Yahweh'. It lacks the “this shall occur.” Asaph's 'prophecy' is a prayer, a hope, a wish put in the mouths the Jews for all time that they remember their existence is a witness and that they be helped and the enemies destroyed, not for their glory but the Glory of Yahweh Elohim the Mighty One of Israel.