1) A Song or Prophecy 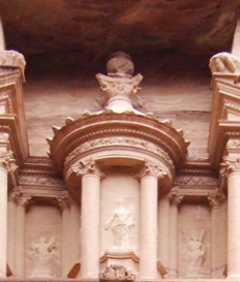 There is some speculation in Christian eschatology that Psalm 83 speaks Israel of our time. In a recent conversation with another I asked which modern nations are referred to. Let us look at it.

A Song or Psalm of Asaph. Keep not thou silence, O God: hold not thy peace, and be not still, O God. For, lo, thine enemies make a tumult: and they that hate thee have lifted up the head. They have taken crafty counsel against thy people, and consulted against thy hidden ones.

They have said, Come, and let us cut them off from being a nation; that the name of Israel may be no more in remembrance.

For they have consulted together with one consent: they are confederate against thee: The tabernacles of Edom, and the Ishmaelites; of Moab, and the Hagarenes; Gebal, and Ammon, and Amalek; the Philistines with the inhabitants of Tyre; Assur also is joined with them: they have holpen the children of Lot. Selah. (Psalm 83:1-8)

This is not a Psalm of David, but rather of Asaph the son of Berechiah (I Chron15:17) a Levite, David's contemporary.

The Hebrew concept of prophey is far from eschatology as can be imagined. Primarily a prophet was a leader and teacher delivering contemporary rebuke where Yahweh Elohim say if they don't repent of specific sins he would respond with specific judgements in the near future. Jonah's message to Nineveh is a clear case of a similar rebuke to the nations. In some cases the message has a tail to it pointing to the end. Asaph was a prophet, a man of praise and peace in a time of war. But he is not a prophet to the nations but one who would create inspired worship music. We must always understand context. There were people inspired to design and make fittings for the Tabernacle. Asaph was inspired to make music made of words, which were accompanied by harp and cymbals for teaching and worship.

In the design of all parts of the worship, the songs of Asaph were fit for purpose. It would be impossible that a song for worship would only have a primary meaning as a word to Christians at the very end of the age! It's first and primary use was to encourage the Jewish people in service to Yahweh. Its immediate purpose belongs in the context it was written – which was a time of existential war.