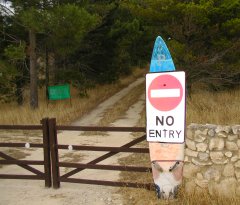 Satan is a transliterated Hebrew word which developed a small range of meaning over the 1,000 or so year period the Old Testament was written, from 'obstacle' to 'adversary', to 'enemy'. It is used only in 18 instances in the Old Testament over that 1,000 year history.

The development of the word use in the New Testament, begins with the words of Y'shua recorded by his disciples and ends less than 70 years later with the letters by those same disciples, but they use the word in all the senses of the Old Testament and develop its use further..

A note before beginning: 'devil' is the English transliteration for a few words in Greek; the most common being diabolos which might not mean what many people think. It is used in,

An Overseer then must be blameless, the husband of one wife, vigilant, sober, of good behaviour, given to hospitality, apt to teach; Not given to wine,....lest he fall into reproach and the snare of the traducer/ slanderer (diabolos). Likewise must the attendants be grave, not doubletongued, not given to much wine, not greedy of filthy lucre; And let these also first be proved; then let them use the office of a attendant, being found blameless. Even so must their wives be grave, not traducers/ slanderers (diabolos), sober, faithful in all things. (1Timothy 3:2-11)

It is transliterated 'devil' in one verse and translated 'slanderer' in the other. It means slanderer, or false accuser. The word 'devil' as diabolos occurs only 38 times in 36 verses.

The Hebrew word satan transliterated into Greek in the New Testament has 37 occurrences in 34 verses in only 20 incidents/contexts.

The following will examine every incident and occurrence in context.