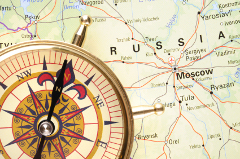 Is the same true of us today? That we may make choices among limited God-provided options? Paul proclaimed the state of all the world,

And has made of one blood all nations of men for to dwell on all the face of the earth, and has determined the times before appointed, and the bounds of their habitation; That they should seek the Lord, if haply they might feel after him, and find him, though he be not far from every one of us: (Acts 17:26-27)

It is very specific to say that the bounds of where all humans live are determined. From the time of Babel, people were scattered. The prophet Amos wrote,

Are ye not as children of the Ethiopians unto me, O children of Israel? saith the LORD. Have not I brought up Israel out of the land of Egypt? and the Philistines from Caphtor, and the Syrians from Kir? (Amos 9:7)

This might be news to the Philistines and Syrians, but the Jews knew it was a truth, if not there was no point in saying it. Let us prove the point for our age. Can you freely chose to go to live in any nation on earth? No? Some nations cannot even be freely visited. You have instead a set of God-provided options.

Are our actions like Adams bound by laws? It is doubtful there is any left who are as free as Adam was, bound only by the law of the trees he could and could not eat. Most nations have many laws which structure an increasingly complex life. How is law everywhere maintained?

For rulers are not a terror to good works, but to the evil. Wilt thou then not be afraid of the power? do that which is good, and thou shall have praise of the same: (Romans 13:3)

After the disciples are told to go into all the world to preach, the opportunity for those to love God to come from all a nations is increased. From these people come “the called” Paul speaks of. It is possible that many peoples scattered to the Isles in ancient times were given rain and general good (Matthew 5:45) but no direct Divine interference. Paul implies this.

The times of this ignorance God winked at; but now commands all men every where to repent: Because he has appointed a day, in the which he will judge the world in righteousness by that man whom he has ordained; whereof he has given assurance unto all men, in that he has raised him from the dead. (Acts 17:30-31)

God has willed and predestined a day of judgement. As Adam was commanded, likewise since the time of Paul and the Apostles, to all who have heard of Adam's children have a command. They may like Adam, obey or disobey. If they love God they will seek to obey. If they love Yahweh Elohim then they work with their lives for good.

We have will and we have some limited choices.

I call heaven and earth to record this day against you, that I have set before you life and death, blessing and cursing: therefore choose life, that both thou and thy seed may live:

for he is thy life, and the length of thy days: that thou may dwell in the land which the LORD sware unto thy fathers, to Abraham, to Isaac, and to Jacob, to give them. (Deuteronomy 30:19-20)

The evidence seems to indicate that to have one event predestinated, does not amount to predestination. Any theory is broken by one instance where is is proven wrong. The theory that all is predestined is broken by the evidence of the king who would do his will (Dan 11:3), of the struggle with the king of Persia (Dan. 10:13), that nations were 'winked at' (Acts 17) and not blessed or punished as Israel was due to the choices they made (Deuteronomy 38). To have choices, and the ability to chose, does not automatically correspond to free will, as the choices for some (whether they love God or not) may be loaded for outcomes. There is much evidence of this occurring above. Another case is how Pilate was constrained in the matter of the crucifixion (Matthew 27:19 and John 19:12,15). For those who love the God of the Bible, and seek him, the end of life shaped by Yahweh Elohim will be for their eternal good.