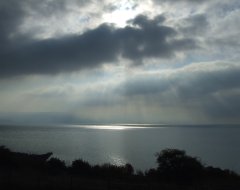 Micah 4 begins a prophecy. It deals with two main themes, the 'last days', and, Zion and Jerusalem.

These verses depict a scene that mankind has never witnessed. “Many nations” go to the mountain of Yahweh to be taught and to learn “of his ways”. The nations will walk in “his paths” and the law and word of Yahweh will go out from Jerusalem. The question that we might ask then is, “When shall this occur?”

The previous chapter in Micah, provides important information in Micah 3:12. This particular verse is also quoted in Jeremiah.

Micah the Morasthite prophesied in the days of Hezekiah king of Judah, and spake to all the people of Judah, saying, Thus saith the LORD of hosts; Zion shall be plowed like a field, and Jerusalem shall become heaps, and the mountain of the house as the high places of a forest. (Jeremiah 26:18) 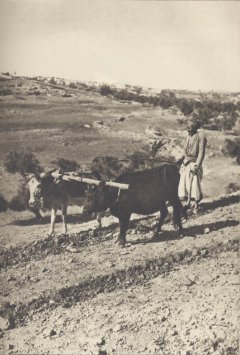 The land of Israel was to become a desolation and the nation dispersed and scattered. We know that the Jews were taken captive by Nebuchadnezzar, the King of Babylon, and that seventy years later the remnant of the people returned to rebuild their Temple and inhabit the land again. However this did not fulfil this prophecy, and Isaiah explains why. Isaiah points out that Israel would be regathered a second time from many nations.

And in that day there shall be a root of Jesse, which shall stand for an ensign of the people; to it shall the Gentiles seek: and his rest shall be glorious. And it shall come to pass in that day, that the Lord shall set his hand again the second time to recover the remnant of his people, which shall be left, from Assyria, and from Egypt, and from Pathros, and from Cush, and from Elam, and from Shinar, and from Hamath, and from the islands of the sea. And he shall set up an ensign for the nations, and shall assemble the outcasts of Israel, and gather together the dispersed of Judah from the four corners of the earth. (Isaiah 11:10-12)

The second dispersion of the Jewish nation occurred in AD70. During the time of the Roman Empire, the Romans destroyed Jerusalem and the people were scattered, if they were not slain. The revival of the nation of Israel in 1948 followed the emigration of Jews to their homeland from Europe, especially from Russia with the Pogroms and severe persecution in the nineteenth century and the Holocaust and anti-Semitism of Hitler in the twentieth century. Even today Jews are still being gathered from the nations. This was clearly depicted in Isaiah's prophecy quoted above.

“The Lord shall set his hand again the second time to recover the remnant of his people, which shall be left, from Assyria, and from Egypt, and from Pathros, and from Cush, and from Elam, and from Shinar, and from Hamath, and from the islands of the sea.”

The regathering here, described by Isaiah, is far more extensive than that from Babylon and we today are witnesses of just how extensive the dispersion of the Jewish nation was following AD70.

Ezekiel makes it clear that this would happen because of the promise that Yahweh made the “Fathers” of the nation. There were promises made which Yahweh would keep, even though the nation had failed to remain faithful. Why? Yahweh states that it was “for my name's sake”.

For in mine holy mountain, in the mountain of the height of Israel, said the Lord GOD, there shall all the house of Israel, all of them in the land, serve me: there will I accept them, and there will I require your offerings, and the firstfruits of your oblations, with all your holy things.

I will accept you with your sweet savour, when I bring you out from the people, and gather you out of the countries wherein you have been scattered; and I will be sanctified in you before the heathen.(that is, the nations) And ye shall know that I am the LORD, when I shall bring you into the land of Israel, into the country for the which I lifted up mine hand to give it to your fathers. And there shall you remember your ways, and all your doings, wherein ye have been defiled; and you shall lothe yourselves in your own sight for all your evils that ye have committed. And ye shall know that I am the LORD, when I have wrought with you for my name's sake, not according to your wicked ways, nor according to your corrupt doings, O ye house of Israel, said the Lord GOD. (Ezekiel 20:40-44) 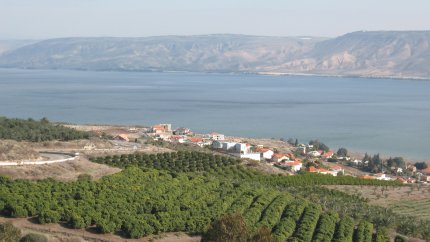 After those days, said the LORD, I will put my law in their inward parts, and write it in their hearts; and will be their God, and they shall be my people. And they shall teach no more every man his neighbour, and every man his brother, saying, Know the LORD: for they shall all know me, from the least of them unto the greatest of them, said the LORD: for I will forgive their iniquity, and I will remember their sin no more.

Thus said the LORD, which gives the sun for a light by day, and the ordinances of the moon and of the stars for a light by night, which divides the sea when the waves thereof roar; The LORD of hosts is his name: If those ordinances depart from before me, said the LORD, then the seed of Israel also shall cease from being a nation before me for ever. (Jeremiah 31:31-36)

In Micah 4, that same promise is briefly referred to.

The following quotations describe the judgement that will yet come upon this earth, before an unprecedented period of peace and justice that will be established upon the earth.

Behold, the LORD maketh the earth empty, and maketh it waste, and turneth it upside down, and scattereth abroad the inhabitants thereof.

The earth also is defiled under the inhabitants thereof; because they have transgressed the laws, changed the ordinance, broken the everlasting covenant. Therefore hath the curse devoured the earth, and they that dwell therein are desolate: therefore the inhabitants of the earth are burned, and few men left. (Isaiah 24:1-6) 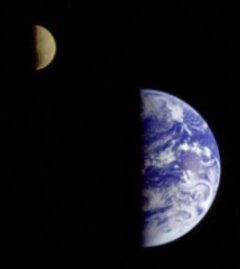 The earth shall reel to and fro like a drunkard, and shall be removed like a cottage; and the transgression thereof shall be heavy upon it; and it shall fall, and not rise again. And it shall come to pass in that day, that the LORD shall punish the host of the high ones that are on high, and the kings of the earth upon the earth. And they shall be gathered together, as prisoners are gathered in the pit, and shall be shut up in the prison, and after many days shall they be visited. Then the moon shall be confounded, and the sun ashamed, when the LORD of hosts shall reign in mount Zion, and in Jerusalem, and before his ancients gloriously. (Isaiah 24:20-23)

Isaiah prophesied of the age of peace that would follow in the “last days”.

The word that Isaiah the son of Amoz saw concerning Judah and Jerusalem. And it shall come to pass in the last days, that the mountain of the LORD'S house shall be established in the top of the mountains, and shall be exalted above the hills; and all nations shall flow unto it. And many people shall go and say, Come ye, and let us go up to the mountain of the LORD, to the house of the God of Jacob; and he will teach us of his ways, and we will walk in his paths: for out of Zion shall go forth the law, and the word of the LORD from Jerusalem.

And he shall judge among the nations, and shall rebuke many people: and they shall beat their swords into plowshares, and their spears into pruninghooks: nation shall not lift up sword against nation, neither shall they learn war any more. O house of Jacob, come ye, and let us walk in the light of the LORD. (Isaiah 2:1-5) 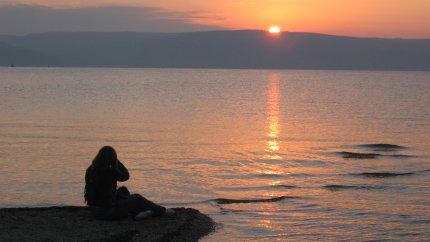 The Psalmist creates a vision of that age of peace. As we began with Micah's image of Zion, the Psalmist gives us also a future view of Zion

Great is the LORD, and greatly to be praised in the city of our God, in the mountain of his holiness. Beautiful for situation, the joy of the whole earth, is mount Zion, on the sides of the north, the city of the great King. God is known in her palaces for a refuge. For, lo, the kings were assembled, they passed by together. They saw it, and so they marvelled; they were troubled, and hasted away. Fear took hold upon them there, and pain, as of a woman in travail. Thou breakest the ships of Tarshish with an east wind.

We have thought of thy lovingkindness, O God, in the midst of thy temple. According to thy name, O God, so is thy praise unto the ends of the earth: thy right hand is full of righteousness. Let mount Zion rejoice, let the daughters of Judah be glad, because of thy judgements. Walk about Zion, and go round about her: tell the towers thereof. Mark ye well her bulwarks, consider her palaces; that ye may tell it to the generation following. For this God is our God for ever and ever: he will be our guide even unto death. (Psalms 48:1-14)

May that time of peace be soon established for those who long for the return of Y'shua the Messiah.

For more see The Good News for the Earth