Receiving the end of your faith, the salvation of souls, 1 Peter 1:9

1) Receiving the end of your faith, the salvation of souls, 1 Peter 1:9 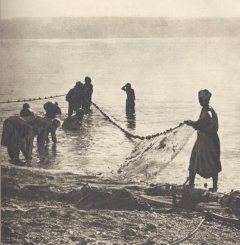 We have been asked to write on the grace of God. Peter's first epistle conveys the simplicity of how we live our life and what salvation by grace really means.

Often it is said 'we are saved by grace' and the implication is that we have been saved, in the past tense, as if it is a 'done deal' and agreed. It is then with some puzzlement sincere believers in their life realise they don't feel like they have been saved.

Why is this? In the first finding of the truth of the Bible, the joy of being made worthy from being unworthy presents a goal so that people find change easy in their lives. People convicted of being unworthy seek to do better. The idea of salvation, and having been saved is vibrant and new. You “feel good.” But once a new life is shaped and time passes, there seem yet more challenges to the believer.

Many people from the beginning of their new life in Christ might be strengthened if instead of seeking to 'feel good' or 'be good', they really understood the idea and process of salvation.

Peter is straightforward in style. He says that salvation is the “end of” our faith,

Receiving the end of your faith, the salvation of souls, 1 Peter 1:9

We don't receive salvation until the end of our faith. When will that be? We are told faith is evidence of a substance of things hoped for (Heb. 11:1). So the 'end of faith' must be when what we believe actually occurs. Faith and hope are nearly interchangeable, and hope has an end when we see what we hoped for be fulfilled.

For we are saved by hope: but hope that is seen is not hope: for what a man sees, why doth he yet hope for? (Romans 8:24)

Therefore salvation is only received, or given to us, at the end and the conclusion of God's plan for his kingdom, when, with the return of Jesus, the things which we hope for become reality on the earth. There is no promise of feeling good before the return, instead the apostles speak of our entrance to the kingdom being through tribulation (Acts 14:22).

Peter does not affirm this point only once, but many times. Peter writes,

Blessed be the God and Father of our Lord Jesus Christ, which according to his abundant mercy has begotten us again unto a lively hope by the resurrection of Jesus Christ from the dead, to an inheritance incorruptible, and undefiled, and that fades not away, reserved in heaven for you [link], who are kept by the power of God through faith unto salvation ready to be revealed in the last time. (1Peter 1:3-5)

Most people read over this and feel good. But let it be broken down into its parts:

Peter is saying that our salvation is only revealed at the last time. It is only inherited at that end-time, if we have kept the faith. We may only begin, or as Peter puts it, 'be born to' this life by the mercy, or grace, of God. The desired end of salvation is when our hope is fulfilled, after we have been extended the grace of God.

Peter's statement that we are not saved now but at the end, is developed by describing a life of trial,

Wherein ye greatly rejoice, though now for a season, if need be, ye are in heaviness through manifold temptations: That the trial of your faith, being much more precious than of gold that perishes, though it be tried with fire, might be found unto praise and honour and glory at the appearing of Jesus Christ: (1Peter 1:6-7)

We might endure great trial and still turn away from the faith. Therefore the result of trial in our life now gives no immediate advantage of salvation. The pattern must be lifelong. The end for us is that at the appearing of Y'shua Anointed our refined character be found to be prepared and worthy of being granted glory of eternal life in the Kingdom. This is our hope. Peter again underlines this point at the end of his letter,

And when the chief Shepherd shall appear, ye shall receive a crown of glory that fades not away.

Salvation is the end, and is given when Y'shua shall appear. Then we receive salvation. Grace has been extended, which is only useful to us after the association of being born again in the baptism of the resurrection (Romans 6). Then we may hope that at the end of all, we may receive salvation.

Peter explains salvation is a process, by drawing out the steps. Greek requires more words to express ideas which are implicit in Hebrew. Peter said in Jerusalem,

But we believe that through the grace of the Lord Jesus Christ we shall be saved, even as they [the gentiles]. (Acts 15:11)

Luke the precise Greek-speaking writer fully translates Peter's Hebrew. Peter said that through grace we shall be saved. The use of “shall be” indicates that this salvation is in the future.

But Paul, seems to use Greek language more like the Hebrew he is. Paul wrote to the Ephesians,

For by grace are ye saved through faith; and that not of yourselves: it is the gift of God: (Ephesians 2:8)

Paul is speaking of a future event, being saved, as if it occurs at the time grace is extended. In English we very rarely speak of a future event as if it is already occurring. In Hebrew all words for actions imply when the action occurs. We easily understand past, present and future tense but in addition there is a way of describing actions as 'future perfect', which as if the actions have already occurred. An example is God's promise to Jacob,

And, behold, I am with thee, and will keep thee whithersoever thou go, and will bring thee back into this land; for I will not leave thee, until I will have done that which I have spoken to thee of.' (Gen 28:15)

To say “I will have done” sounds like poor English, as it is a foreign idea to speak as if we have done something when we have not yet done it, but merely promised to do it. However the Hebrew Bible is full of these expressions, which are only revealed in literal translations made for scholars learning Hebrew. The Hebrew Bible often uses the “future perfect” tense because things which are sure to occur are spoken of as if they exist already. Whereas humans may fail to carry out an action, the Hebrew Bible is full of the words of Yahweh Elohim who does not fail,

Paul's statement to the Ephesians regarding salvation may be easily misunderstood. Thankfully we have the simple statements of Peter, another Hebrew, to clarify what Paul wrote. At any point in our lives, if we have obtained the grace through the Lord Y'shua Anointed, we have the hope of salvation. So sure is that hope that we may say as Paul the Hebrew in effect wrote,“we will have been saved”, or as Peter put it “we shall be saved.”

But as he which has called you is holy, so be ye holy in all manner of conversation; Because it is written, Be ye holy; for I am holy. And if ye call on the Father, who without respect of persons judges according to every man's work, pass the time of your sojourning here in fear: (1Peter 1:15-17)

We live in hope of salvation not yet achieved, though promised as sure by Yahweh who is faithful; a “salvation ready to be revealed in the last time.” (1Peter 1:3-5)

For more Sin and Forgiveness