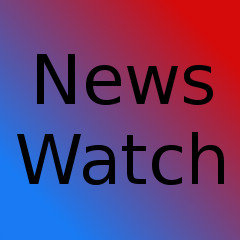 The news does not explain prophecy, but it may point to winds that are the spirit of the age, that lead to the expected fulfilment.

We have some expectation for some time that NATO as American control of Europe will fail.

Will the war go on until the Jews leave Ukraine? Is the war to send Jews to Israel?

Fear not: for I am with thee: I will bring thy seed from the east, and gather thee from the west; I will say to the north, Give up; and to the south, Keep not back: bring my sons from far, and my daughters from the ends of the earth; (Isa 43:5-6)

There will be cheaper abundant housing for (displaced) Jews on the Mounatins as per Ezekiel 38.

Even those who don't know the God of the Bible can see. More than display - it is policy, despite the fact that it is written what happened to Sodom.

The link between anti-Israel moves and storms is established by Koenig.

The Bible is history! There is proof everywhere!

While Russia, Turkey and Iran divide Syria, the US looks on.

End of Anglo US power in the Middle East.

'No occupation': New Israeli PR campaign stresses the Bible as the deed to our land

They are right to say few know about the rights and deeds - The Bible however is complex, and the land came with obedience to the ways of the God of the Bible. The Law of faith as the Bible shows, is so strong it leads to the pulling down of stongholds, as the Assyrians learnt in the time of Hezekiah.

Ronen Levy led the establishment of secret ties between Israel and countries with which it previously had no relations.

We would expect that this move to nomalise relation with their Arab cousins continues fulfilling the conditions expected in Ezekiel 38: that the descendents of Sheba and Dedan (from Abraham) are first to protest, and that Jews dwell without bars and gates on the mountains. Some have thought this so impossible that it must be after Messiah returns.

Open thy doors, O Lebanon, that the fire may devour thy cedars. (Zechariah 11:1)

For more on the explosion that destroyed Beirut

Comet Set To Graze By Earth For First Time In 50,000 Years - Might Be Seen With The Naked Eye

Comets as falling stars.. who is to fall. Christ predicted stars falling and distress of nations.

Knesset committee to US ambassador: Jewish construction in Judea and Samaria must continue

If there is not enough proof that the Bible is true in Isarel's existence, they find more.

The Rise of Sheba and Dedan - Saudi Arabia's rise in power and influence on the back of God given oil.

US: JCPOA return not on agenda ‘because the Iranians turned their back on it’

“The Iranians reneged on commitments they had made,” said State Department Spokesperson Ned Price.

Jews are the owners of the Temple Mount - opinion

We have expected this for some time, as there can be no fulfimmnt of Ezekiel 38 until there is security, and there is no security when people are paid for killing. We had some hope under Trump that it would occur.

He’s trashed his country’s economy. Locked up all opposition. Now this President is on the brink of triggering a war. The embattled president is manufacturing border crises with his NATO ally Greece. Territorial waters, drilling rights and the future of Cyprus are all trigger points with this ancient foe.

As Christ speaks of

But when ye shall hear of wars and commotions, be not terrified: for these things must first come to pass; but the end is not by and by. (Luke 21:9)

The year without a summer? In 2022 Sydney didn’t even reach 32 degrees

Australia had no summer … if they complain about it – shall heaven hear?

The United States has not made any formal decisions about the Quartet, the group comprising the US, Russia, the European Union and the United Nations that is supposed to work on Israeli-Palestinian peace issues. However, after Russia’s invasion of Ukraine and due to long inaction by the Quartet, it is clear that the group lacks legitimacy, an important asset for any stakeholder.

There are historic horns – but there was a more recent set of 4 Horns - a quartet - that rose against Israel. The horns which scattered Jerusalem

Israel's new government under Prime Minister Benjamin Netanyahu is signaling a huge policy shift regarding both the Ukraine war and Israel's relations with Russia, even suggesting a more openly 'pro-Moscow' stance. Israel’s Foreign Minister Eli Cohen in a Monday speech previewing future policy said in the context of the Ukraine conflict, "On the issue of Russia and Ukraine we will do on thing for sure – speak less in public."

Wait A Second! Merkel Did What?

Merkel has recently, seemingly totally unprovoked, divulged the well-hidden truth that the Minsk Agreements with Russia about Ukraine, signed seven years ago with the presidents of the two countries, Vladimir Putin and Petro Poroshenko, Merkel and the then President of France, Francois Hollande reached within the framework of the Normandy Format were just a deceptive political ploy.

Israel’s new Foreign Minister Eli Cohen conveyed messages from the U.S. to Russia at the behest of Secretary of State Antony Blinken, a senior Israeli diplomat told Times of Israel on Tuesday.

Israel Has The World's Highest Digital Quality Of Life In 2022, USA Only 12th

Homesh, one of four Israeli Jewish communities in northern Samaria that were dismantled in August 2005 – along with all Israeli towns in the Gaza Strip – will receive state recognition, Defense Minister Yoav Galant and Finance Minister Bezalel Smotrich told the Supreme Court Monday morning.

It is a 1st year after a 7th year of rest - of increase immigration, planting and building.

New Housing and Construction Minister Yitzhak Goldknopf of the ultra-Orthodox United Torah Judaism (UTJ) party vowed Sunday to help expand the settlement program in Judea and Samaria as one of the solutions for all sectors suffering from the country-wide housing crisis.

In the official hand-over ceremony from the outgoing minister, Ze’ev Elkin, to the head of UTJ’s Chasidic faction, Goldknopf assured his audience that he has come to serve all citizens equally, and “to promote the settlement of the land.” “We will help our brothers who live in Judea and Samaria, who are actually keeping the [commandment of] settling the land,” he said, noting that “part of the solution to the housing crisis is found in these areas.”

Email at Contact us, with name and postal address and we will send you our free book in the mail explaining why we don't need to fear for the earth or for the evil we see. We used to sell our books but Pay Pal has been very nasty and 'frozen' (=stolen) money.