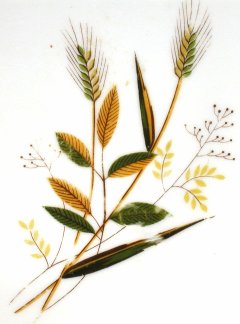 Ruth the Moabitess would have to be a great example of faith. The Moabites had been condemned because of their treatment of the Israelites when the Israelites came out of Egypt under the leadership of Moses. They had also hired Balaam to curse the Israelites.

For this reason they were not to enter into the congregation of Israel.

Also, the Moabites were an idolatrous nation and the Israelites had turned to the worship of the gods of other nations including Moab. For the worship of foreign gods Israel were condemned and had been forbidden to worship the gods of Moab.

Ruth, a gentile from the despised race of Moab, was to not only enter the congregation of Israel after the tenth generation, (see Deuteronomy 23 above) but found a place in Yahweh’s plan of salvation, and as David’s great-grandmother was in the line through which the future Redeemer and King of mankind was to come. See here

The worst famine is a lack of obedience to the Word, as in the days of the Judges in Israel. Elimelech and Naomi left Bethlehem. Elimelech’s name is significant in that it means “my king is God (El)”. However his family found no relief in Moab, where Elimelech and his two sons died. Ruth, Naomi's daughter-in-law, whose name signifies ‘to pasture a flock’ or ‘to nourish’ identified herself with Naomi and with the hope of Israel. When Naomi decided to return to her homeland Ruth chose to go with her.

Naomi had told her daughters-in-law to return to their families. Orpah did so, but Ruth refused, preferring to go with Naomi. Ruth no doubt had developed a strong attachment and love for Naomi, but it was a faith that Ruth had acquired in the God of Israel that motivated her. The history of the events related to Israel's entry into Palestine, the amazing escape from Egypt and such victories as that against Jericho, would be well known among the inhabitants of the surrounding nations such as Moab and Ammon. Ruth would have had a faith in a God who had done such remarkable things for the people of Israel as she clearly gives assurance to Naomi that Naomi's God would be her God and Naomi's people her people.

And they lifted up their voice, and wept again: and Orpah kissed her mother in law; but Ruth clave unto her.

And Ruth said, Intreat me not to leave thee, or to return from following after thee: for whither thou goest, I will go; and where thou lodgest, I will lodge: thy people shall be my people, and thy God my God: Where thou die, will I die, and there will I be buried: the LORD do so to me, and more also, if ought but death part thee and me. (Ruth 1: 14-17)

These two women, Naomi and Ruth, came together to the land of the Abrahamic covenant. In type, or pattern, they made up the true Israel, comprising faithful Jews and Gentiles. The Hebrew word ‘shawb’, which is translated ‘returned’, ‘turn back’ or ‘go back’ occurs twelve times in chapter one of the book of Ruth. This stresses the importance of the concepts that are being developed in the book. Naomi and Ruth were returning to the land at the time of the barley harvest, the early spring, which is about the time of the Passover.

Naomi had a close relation whose name was Boaz. In order to provide for Naomi and herself, Ruth went to glean grain in Boaz's field. It is interesting to note here that the mother of Boaz was Rahab, who had escaped from Jericho because she had assisted the spies of Israel to escape capture in Jericho. Rahab had believed in the power of the God of the Israelites and her faith in asking that she and her family be saved from the destruction of Jericho had resulted in her joining the nation of Israel and marrying Salmon. It is here we have two faithful women from Gentile nations being absorbed into the Jewish nation and both in the line that would produce Israel's Messiah, Jesus ( Yeshua) 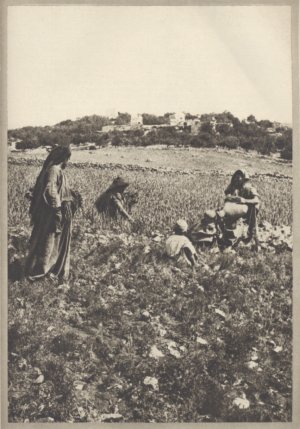 And Salmon begat Booz of Rachab; and Booz begat Obed of Ruth; and Obed begat Jesse; And Jesse begat David the king; (Matthew 1: 5-6)

And he said unto the kinsman, Naomi, that is come again out of the country of Moab, sells a parcel of land, which was our brother Elimelech's: And I thought to advertise thee, saying, Buy it before the inhabitants, and before the elders of my people. If thou wilt redeem it, redeem it: but if thou wilt not redeem it, then tell me, that I may know: for there is none to redeem it beside thee; and I am after thee. And he said, I will redeem it.

Then said Boaz, "In the day you buy the field of the hand of Naomi, you must buy it also of Ruth the Moabitess, the wife of the dead, to raise up the name of the dead upon his inheritance."

Boaz as a near relation of Naomi's husband accepted the role of the near kinsman. Ruth was to be the great-grandmother of King David. The faith of David could be largely attributed to the role of these two women, Rahab and Ruth, and the influence that they had on their families. Boaz's words to Ruth reflect a trust and faith in the God of Israel.

And Boaz answered and said unto her, "It has fully been showed me, all that you have done unto your mother in law since the death of your husband: and how you have left thy father and thy mother, and the land of thy nativity, and are come unto a people which you knew not heretofore. The LORD recompense your work, and a full reward be given thee of the LORD God of Israel, under whose wings you have come to trust." (Ruth 2: 11-12)

We can see here the trust of Boaz in the God of Israel (for more see here). He has also recognised Ruth's faith when he states that she also has come under the “wings” and protection of the God of Israel. It is here that we see the reasons why Ruth left her own country and people. She definitely would have had a respect and love for Naomi, but the reports of the power of the God of Israel and the great deeds and miracles that he had performed in the care and guidance of the nation, she would have known about. The gods of her own nation she would have seen as powerless and mere idols. Her association with Israel brought into the protection of the living and merciful Creator. Boaz recognises that Ruth is God-fearing and will be faithful. Boaz says to Ruth,

And now, my daughter, fear not; I will do to you all that thou require: for all the city of my people do know that you are a virtuous woman. (Ruth 3: 11)

Ruth in marriage to Boaz then finds a new home and a new family. She had a love for the God of the Israelites and had found the way to salvation through the promises to Abraham. What is even more remarkable is that two Gentile women, Ruth and her new mother-in-law Rahab, were in the direct line of the future Messiah and King of Jews and Gentiles. Today Gentiles, like Rahab and Ruth, can also become associated with those promises to Abraham through belief, faith and baptism. The letter to the Galatians assures us of this hope.

Christ hath redeemed us from the curse of the law, being made a curse for us: for it is written, Cursed is every one that hangeth on a tree: That the blessing of Abraham might come on the Gentiles through Jesus Christ; that we might receive the promise of the Spirit through faith. .. 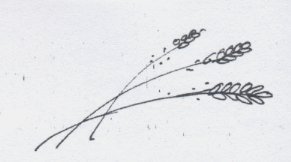 Wherefore the law was our schoolmaster to bring us unto Christ, that we might be justified by faith.

But after that faith is come, we are no longer under a schoolmaster. For ye are all the children of God by faith in Christ Jesus. For as many of you as have been baptized into Christ have put on Christ.

Or The Redeemer in the book fo Ruth