1) The Evidence to Proof for faith 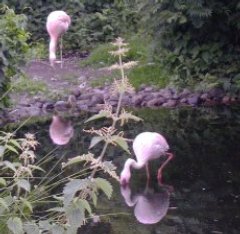 How do we prove Jesus is our saviour?

How do we prove that what the Apostles wrote about is true?

The Bible says we are to prove things.

Despise not prophesies. Prove all things; hold fast that which is good. (1Thessalonians 5:20-21)

How do we prove something?

There are some philosophers that may argue learnedly about whether things, including themselves, exist or not. If they are pinched, however they hurt just like you and I.

Proving things, is the same as knowing them as fact.

For example: How do we know that water boils at 100 degrees C? Very few people have tested it. If you have not tested it, is it indeed a fact? Does it cease to be a fact because you have not tested it? We know, or have faith because the people who told us about it could be trusted. We believe that some experts proved it by examining the evidence.

Another example: We are at the beach. We can know if the water is cold without going into it. How? We ask others and we believe their report, especially if more than 2 people agree. We may also see people come out of the water shivering. This is evidence. We can then know or have faith that the water is cold. We can see and hear enough evidence to prove it to ourselves enough that we won't actually test it ourselves.

A third example: If we are in a court, one of a jury, before leaving the room we must make a decision that will affect someone's life. This is something that is done by ordinary people every day of the year, without which society would not function. We would view evidence and make a decision, that we know is right. The result of our decision is that someone is proven guilty or innocent.

How do we prove the Bible?

The answer is that in exactly the same way we prove whether a person is guilty or innocent of a crime, we prove whether the Bible's accounts are true or not. There is a trial and witnesses are interviewed. A jury sits, but every person on the jury is required to make up their mind based on the evidence of people given in court.

We note this that, nobody on the Jury is allowed at the scene of a crime. If they were there at the time they are a witness, and not allowed on the jury. Our decision is all based on what evidence is heard in the courtroom. On this evidence people are proven guilty, or innocent and are put to death, or made free.

The Bible is the evidence given by witnesses of events. The New Testament in particular say it is the account of witnesses.

The claim of eye-witness

A fisherman named Peter, who could read and write Hebrew and Greek (living as he did in the Galilee), but still a fisherman, gave this following witness.

For we have not followed cunningly devised fables, when we made known unto you the power and coming of our Lord Jesus Christ,

but were eyewitnesses of his majesty. For he received from God the Father honour and glory, when there came such a voice to him from the excellent glory, “This is my beloved Son, in whom I am well pleased.” And this voice which came from heaven we heard, when we were with him in the holy mount.

We have also a more sure word of prophecy; where unto you do well that you take heed, as unto a light that shines in a dark place, until the day dawn, and the day star arise in your hearts: (2Peter 1:16-19)

Peter says his whole message is based on something he knows to be true, as not only he saw, and heard it, but others with him (Matt 17:5, Mark 9:7 & Luke 9:35). He had seen much prophecy already fulfilled with his own eyes, and on that evidence, called it 'sure.'

With Peter on the mount according to all accounts, was another fisherman, named John. He was not from a poor family, as they hired servants (Mark 1:20) and he was known to the High Priest (John 18:15). His Greek is so exemplar it is used to teach ancient Greek today. He wrote of his eyewitness

In this way John says the Word of life, or prophecy, was so fulfilled that he heard it, saw it and pondered it and even touched it.

It's up to us to look at the evidence of the witnesses and prove them.

1. Are they covering up their weakness (some truth/some lie) Are they hiding something?

If we are in a courtroom, one of a jury, before leaving the room we must make a decision that will affect someone's life. This is something that is done by ordinary people every day of the year, without which society would not function.

The decision regarding the Bible that we make affects our life, now... and in the future.