This work has carefully surveyed all possible start dates, with rigorous attention to the subject of the prophecy and the context. It does not set a date and make what Isaac Newton called “rash conjectures” and “by doing so bring the sacred prophesies into discredit as often as their predictions fail”. The result is a surprisingly narrow scatter of end dates. 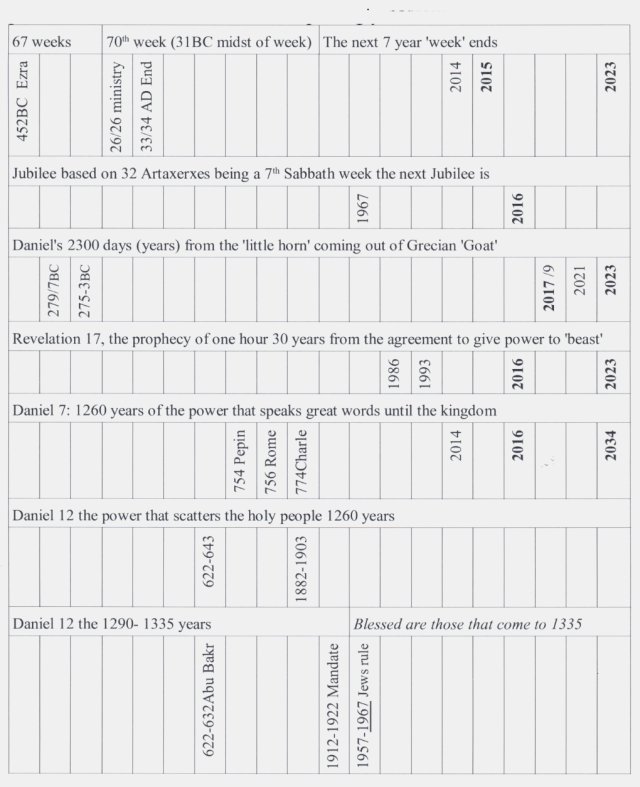 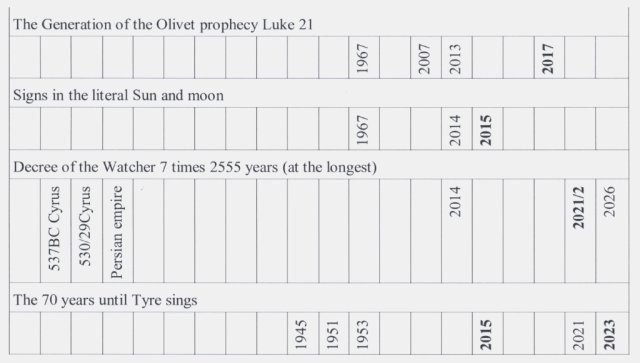 From Daniel 12, the power (Muslim) that scatted the Holy people for 1260 years ceased by 1903, and by 1922 the British began a process to end the 1290 year long non-Jewish foreign rule of Jerusalem which ended at the 1335 years in 1967, from which time a blessed generation could know they were the generation of Luke 21 to see the return.

But nowhere is there a prophecy of a time appointed to the 'last day', which is the day of the resurrection. If the judgement takes 3 years where we, like Yeshua was in death, are hidden in 'chambers' (Isaiah 26:20) and on the 'third day live in his sight' (Hosea 6:2), then for us the return, with 3 years taken from these dates above, may be quite soon.

Though we have not been given a specific year, the servants of Yahweh are always waiting and watching. While not knowing the hour, they know the times and “are not in darkness” (1Thessalonians 5:4).

For more on Times Appointed Israel as the fig tree

Also Isaac Newton and the Time of the End