3) Righteousness of God in the New Testament 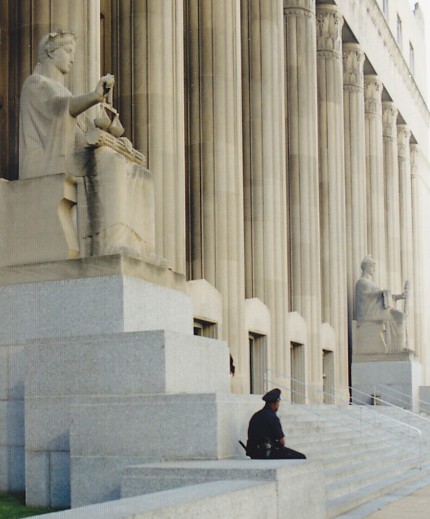 The apostle Peter in 2Peter1 writes of the hope of life that comes from faith and knowledge through the righteousness of God and his Son. The great and precious promises of Yahweh are those that inform us of life and that will save us from the corruption that is in the world.

Simon Peter, a servant and an apostle of Jesus Christ, to them that have obtained like precious faith with us through the righteousness of God and our Saviour Jesus Christ: Grace and peace be multiplied unto you through the knowledge of God, and of Jesus our Lord, According as his divine power has given unto us all things that pertain unto life and godliness, through the knowledge of him that has called us to glory and virtue: Whereby are given unto us exceeding great and precious promises: that by these ye might be partakers of the divine nature, having escaped the corruption that is in the world through lust.

For if these things be in you, and abound, they make you that ye shall neither be barren nor unfruitful in the knowledge of our Lord Jesus Christ. But he that lacks these things is blind, and cannot see afar off, and has forgotten that he was purged from his old sins. Wherefore the rather, brethren, give diligence to make your calling and election sure: for if ye do these things, ye shall never fall: For so an entrance shall be ministered unto you abundantly into the everlasting kingdom of our Lord and Saviour Jesus Christ. (2Peter 1:1-11)

In contrast the apostle Paul is very clear about the qualities that are those of the ungodly and unrighteous and which Yahweh condemns. They will be judged, not only those who are immoral, but also those who take 'pleasure in them that do them'.

For I am not ashamed of the gospel of Christ: for it is the power of God unto salvation to every one that believes; to the Jew first, and also to the Greek. For therein is the righteousness (dikaiosunē) of God revealed from faith to faith: as it is written, The just shall live by faith. For the wrath of God is revealed from heaven against all ungodliness and unrighteousness of men, who hold the truth in unrighteousness; Because that which may be known of God is manifest in them; for God has showed it unto them....Professing themselves to be wise, they became fools, And changed the glory of the uncorruptible God into an image made like to corruptible man, and to birds, and four footed beasts, and creeping things.

Wherefore God also gave them up to uncleanness through the lusts of their own hearts, to dishonour their own bodies between themselves: Who changed the truth of God into a lie, and worshipped and served the creature more than the Creator, who is blessed for ever. Amen. For this cause God gave them up unto vile affections: for even their women did change the natural use into that which is against nature: And likewise also the men, leaving the natural use of the woman, burned in their lust one toward another; men with men working that which is unseemly, and receiving in themselves that recompense of their error which was meet.

And even as they did not like to retain God in their knowledge, God gave them over to a reprobate mind, to do those things which are not convenient; Being filled with all unrighteousness, fornication, wickedness, covetousness, maliciousness; full of envy, murder, debate, deceit, malignity; whisperers, Backbiters, haters of God, despiteful, proud, boasters, inventors of evil things, disobedient to parents, Without understanding, covenant breakers, without natural affection, implacable, unmerciful: Who knowing the judgement of God, that they which commit such things are worthy of death, not only do the same, but have pleasure in them that do them. (Romans 1:16-32)

In Romans 3 Paul points out that the Jews, in their Law, were given the commandments of God that showed the righteousness of God and what was expected of them in their worship and character. Both Jews and Gentiles now had access to the writings of Moses, the Psalms and the Prophets and to a knowledge of Yahweh's requirements and the way of peace. Y'shua, who was without sin had revealed the righteousness of God in word and in character. By his sacrifice he brought hope of life also to the Gentiles who believe in his name. Paul also describes the unrighteous acts of man.

What advantage then has the Jew? or what profit is there of circumcision? Much every way: chiefly, because that unto them were committed the oracles of God. For what if some did not believe? shall their unbelief make the faith of God without effect? God forbid: yea, let God be true, but every man a liar; as it is written, That thou might be justified in thy sayings, and might overcome when thou art judged. But if our unrighteousness commend the righteousness dikaiosunē (equity) of God, what shall we say? Is God unrighteous who takes vengeance? (I speak as a man) God forbid: for then how shall God judge the world?... we have before proved both Jews and Gentiles, that they are all under sin;

As it is written, There is none righteous, no, not one: There is none that understand, there is none that seek after God. They are all gone out of the way, they are together become unprofitable; there is none that do good, no, not one. Their throat is an open sepulchre; with their tongues they have used deceit; the poison of asps is under their lips: Whose mouth is full of cursing and bitterness: Their feet are swift to shed blood: Destruction and misery are in their ways: And the way of peace have they not known: There is no fear of God before their eyes. Now we know that what things soever the law said, it said to them who are under the law: that every mouth may be stopped, and all the world may become guilty before God. Therefore by the deeds of the law there shall no flesh be justified in his sight: for by the law is the knowledge of sin. But now the righteousness of God without the law is manifested, being witnessed by the law and the prophets; Even the righteousness of God which is by faith of Jesus Christ unto all and upon all them that believe: for there is no difference: For all have sinned, and come short of the glory of God; Being justified freely by his grace through the redemption that is in Christ Jesus: Whom God has set forth to be a propitiation through faith in his blood, to declare his righteousness for the remission of sins that are past, through the forbearance of God; To declare, I say, at this time his righteousness: that he might be just, and the justifier of him which believe in Jesus. (Romans 3:1-26)

Paul, in Romans 10, laments the failings of the Israelites and shows the importance of recognising the role of Y'shua in the hope of salvation. Whether Jew or Gentile those who acknowledge the righteousness of God and 'shall call upon the name of the Lord shall be saved'.

Brethren, my heart's desire and prayer to God for Israel is, that they might be saved. For I bear them record that they have a zeal of God, but not according to knowledge. For they being ignorant of God's righteousness, and going about to establish their own righteousness, have not submitted themselves unto the righteousness of God. For Christ is the end of the law for righteousness to every one that believes.... if you shall confess with thy mouth the Lord Jesus, and shall believe in thine heart that God has raised him from the dead, you shall be saved. For with the heart man believe unto righteousness; and with the mouth confession is made unto salvation. For the scripture says, Whosoever believes on him shall not be ashamed. For there is no difference between the Jew and the Greek: for the same Lord over all is rich unto all that call upon him.

For Esaias said, Lord, who has believed our report? So then faith cometh by hearing, and hearing by the word of God. But I say, Have they not heard? Yes verily, their sound went into all the earth, and their words unto the ends of the world. But I say, Did not Israel know? First Moses said, I will provoke you to jealousy by them that are no people, and by a foolish nation I will anger you. But Esaias is very bold, and said, I was found of them that sought me not; I was made manifest unto them that asked not after me. But to Israel he said, All day long I have stretched forth my hands unto a disobedient and gainsaying people. (Romans 10:1-21)

The promise of the faithful being declared righteous is captured in Paul's writings to the Colossians.

And all things are of God, who has reconciled us to himself by Jesus Christ, and has given to us the ministry of reconciliation; To wit, that God was in Christ, reconciling the world unto himself, not imputing their trespasses unto them; and has committed unto us the word of reconciliation.

Now then we are ambassadors for Christ, as though God did beseech you by us: we pray you in Christ's stead, be ye reconciled to God. For he has made him to be sin for us, who knew no sin; that we might be made the righteousness of God in him. (2Coloss. 5:16-21)

Paul writes to the Corinthians about unrighteousness and exclusion from the kingdom of God.

James states that Yahweh does not change and that we should be ' swift to hear, slow to speak, slow to wrath'. These are qualities of the righteous man.

Do not err, my beloved brethren. Every good gift and every perfect gift is from above, and cometh down from the Father of lights, with whom is no variableness, neither shadow of turning. Of his own will begat he us with the word of truth, that we should be a kind of firstfruits of his creatures. Wherefore, my beloved brethren, let every man be swift to hear, slow to speak, slow to wrath: For the wrath of man works not the righteousness of God. (James 1:16-20)

John separates all people into two types. He requires us to 'do righteouness' to be 'of God,'

In this the children of God are manifest, and the children of the slanderer: whosoever does not righteousness is not of God, neither he that loveth not his brother. (1John 3:10)

We can become an heir of the righteouness, like Noah.

But without faith it is impossible to please him: for he that comes to God must believe that he is, and that he is a rewarder of them that diligently seek him. By faith Noah, being warned of God of things not seen as yet, moved with fear, prepared an ark to the saving of his house; by the which he condemned the world, and became heir of the righteousness which is by faith. (Hebrews 11:6-7)

Paul's hope was the hope of life everlasting. He prays that this might be the reward for all those who love his appearing.

I have fought a good fight, I have finished my course, I have kept the faith: Henceforth there is laid up for me a crown of righteousness, which the Lord, the righteous judge, shall give me at that day: and not to me only, but unto all them also that love his appearing. (2Timothy 4:7-8)