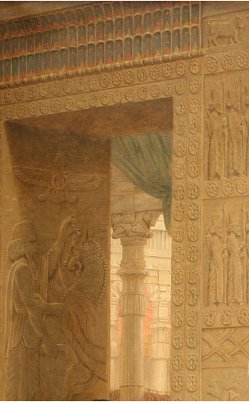 The Old Testament contains many passages that we describe as prophecies. Some of these relate to Israel's more immediate future at the time they were given, such as the invasion that would come from Assyria, and later Babylon. The prediction of the scattering of the Jews was given many times by the prophets of Israel. The scatting of the Jews came to pass as predicted. These prophecies were fulfilled and are now history.

However there are prophecies that go way beyond those prophecies into our time today. They are signified by terminology that clarifies them as far distant into the future, from the time in which they were given. The earlier prophecies which related to Israel, came to pass. We can identify today that prophecies for our time period are clearly beginning to come to pass.

We look at our world today and surely we must wonder at how the complicated political, religious and social issues developing today can be solved. The Bible's prophecies have the answer to all the woes that face mankind today.

There are key terms that identify prophecies for today. They are “last days”, “latter days” and “time of the end”. We will take a look at the use of each of those terms.