Balaam prophesied of Moab and Edom in the latter days and their relationship to Israel. Moab and Edom is today known as Jordan. Moses, Jeremiah and Ezekiel also gave Israel warnings about these latter days. These records are there for us also, that we may heed the messages which are so relevant for today.

And now, behold, I go unto my people: come therefore, and I will advertise thee what this people shall do to thy people in the latter days.

I shall see him, but not now: I shall behold him, but not nigh: there shall come a Star out of Jacob, and a Sceptre shall rise out of Israel, and shall smite the corners of Moab, and destroy all the children of Sheth. And Edom shall be a possession, Seir also shall be a possession for his enemies; and Israel shall do valiantly. Out of Jacob shall come he that shall have dominion, and shall destroy him that remains of the city. (Num 24:14, 17-19)

The Lord Yeshua (also known as Jesus) was born King of the Jews. He will be that King, the Star out of Jacob.

There is another prophecy related to the latter days of Israel given by Moses and it gives the modern nation of Israel hope. It is a reaffirmation of the Covenant made with the Patriarchs of Israel.

When thou art in tribulation, and all these things are come upon thee, even in the latter days, if thou turn to the LORD thy God, and shall be obedient unto his voice; (For the LORD thy God is a merciful God;) he will not forsake thee, neither destroy you, nor forget the covenant of thy fathers which he swore unto them. (Deuteronomy 4:30-31)

Moses was aware of the fate of Israel because of their disobedience throughout their long history even up to the latter days.

For I know that after my death you will utterly corrupt yourselves, and turn aside from the way which I have commanded you; and evil will befall you in the latter days; because ye will do evil in the sight of the LORD, to provoke him to anger through the work of your hands.(Deuteronomy 31:29)

Jeremiah gives the same warning about a period of time long in the future when Yahweh's anger would be poured out. It is a message for Israel in the latter days and is there for us also.

The anger of the LORD shall not return, until he have executed, and till he have performed the thoughts of his heart: in the latter days you shall consider it perfectly. (Jeremiah 23:20)

The fierce anger of the LORD shall not return, until he have done it, and until he have performed the intents of his heart: in the latter days you shall consider it. (Jeremiah 30:24)

Yet will I bring again the captivity of Moab in the latter days, said the LORD. Thus far is the judgement of Moab. (Jeremiah 48:47)

But it shall come to pass in the latter days, that I will bring again the captivity of Elam, said the LORD. (Jeremiah 49:39)

Ezekiel Chapter 38 gives a very detailed account of the invaders of Israel in the latter days. These invaders are clearly named in the opening verses of Ezekiel 38. When the people of Israel have been gathered out of the nations, following a long period of persecution and are dwelling in safety on the mountains of Israel, they will be faced with an invasion. 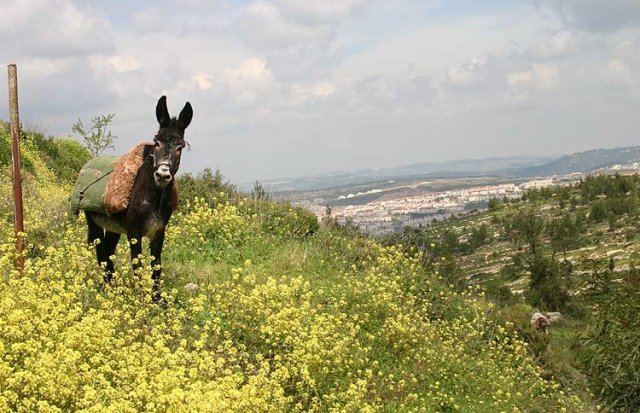 After many days you shall be visited: in the latter years you shall come into the land that is brought back from the sword, and is gathered out of many people, against the mountains of Israel, which have been always waste: but it is brought forth out of the nations, and they shall dwell safely all of them. You shall ascend and come like a storm, you shall be like a cloud to cover the land, you, and all thy bands, and many people with thee. (Ezekiel 38:8-9)

Yahweh's power will be displayed to all the nations. This Gogian host is addressed as having a destiny prophesied of them long ago by the prophets of Israel.

“I have spoken in old time by my servants the prophets of Israel, which prophesied in those days many years that I would bring thee against them.” And you shall come from thy place out of the north parts, thou, and many people with thee, all of them riding upon horses, a great company, and a mighty army: And you shall come up against my people of Israel, as a cloud to cover the land; it shall be in the latter days, and I will bring thee against my land, that the heathen may know me, when I shall be sanctified in thee, O Gog, before their eyes.

Daniel also is given a vision and prophecy of the future of the nations and of Israel in the latter days. In response to a dream that greatly troubled Nebuchadnezzar, the king of Babylon, the meaning of the dream is revealed to Daniel

But there is a God in heaven that reveals secrets, and makes known to the king Nebuchadnezzar what shall be in the latter days. Thy dream, and the visions of thy head upon thy bed, are these; (Daniel 2:28)

Nebuchadnezzar is told that he has been given an extensive and powerful kingdom, that we might describe as an ancient Empire. He is told that there would be an end to his kingdom, but other kingdoms would arise after that of Babylon. There were to be three more Empires that would follow. We can clearly identify them as the Persian, Greek/Macedonian and Roman Empires. The metals that described the image in chapter 2 of Daniel perfectly fit the metals that were predominant in the era of those Empires. For instance we can all recognise the bronze as representative of Greece and iron as the tool and weapon of the Romans. What followed the Romans was the rise of numerous nations, that arose after the decline and fall of the Roman Empire. Today there are many nations as we see by the composition of the United Nations, which we could not describe as a united body in reality.

This prophecy describes powerful and mighty kingdoms of men that all fail. Archaeology and history are proof of this. Daniel chapter 2 describes these powerful empires that arose after Babylon.

Thou, O king, art a king of kings: for the God of heaven has given thee a kingdom, power, and strength, and glory. And wherever the children of men dwell... has he given into thine hand, and has made thee ruler over them all. Thou art this head of gold.

And after thee shall arise another kingdom inferior to thee, and another third kingdom of brass, which shall bear rule over all the earth.

And the fourth kingdom shall be strong as iron: forasmuch as iron breaks in pieces and subdues all things: and as iron that breaks all these, shall it break in pieces ...

And in the days of these kings shall the God of heaven set up a kingdom, which shall never be destroyed: and the kingdom shall not be left to other people, but it shall break in pieces and consume all these kingdoms, and it shall stand for ever. (Daniel 2:37-42, 44)

However there is the promise of a Kingdom that will be different to all others that mankind has had dominion over. It will be set up by the Creator and it will not be destroyed. This is the time of the end of the kingdoms of men.

This prophecy, which is a promise of the everlastign Kingdom of Messiah, is repeated in Daniel Chapter 7.

These great beasts, which are four, are four kings, which shall arise out of the earth. But the saints of the most High shall take the kingdom, and possess the kingdom for ever, even for ever and ever. (Daniel 7: 17-18)

Daniel, who had fervently prayed for his people in captivity in Babylon, is given the purpose as to why he is given this prophecy concerning his people, Israel. It is a prophecy that extends down the ages to our lifetime and is about the latter days..

Now I am come to make thee understand what shall befall thy people in the latter days: for yet the vision is for many days.( Daniel 10:14)

Daniel chapter 11 is a prophecy of the history of the nations and Jews with a gap, after Jews are driven from the land by the Romans till when Jews returned from the late 1800s, and the land ceased to be desolate. Hosea speaks of the desolation of Israel that would last for many years and of the return of the people of Israel to their homeland after many years.