3) For Righteousness sake: The second great act of Obedience 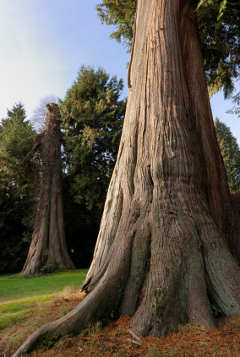 It was written in many places in the Old Testament, most notably in Isaiah 53, that there would be a suffering servant.

He was oppressed, and he was afflicted, yet he opened not his mouth: he is brought as a lamb to the slaughter, and as a sheep before her shearers is dumb, so he opens not his mouth. He was taken from prison and from judgment: and who shall declare his generation? for he was cut off out of the land of the living: for the transgression of my people was he stricken. (Isa 53:7-8)

Was not the desire to kill the son by the leaders also part of the transgression of the people of God? Who in the end stood with Jesus? Not one. It was Judas' own transgression to betray him. The truth is that it appeared that the powers, the religious leaders, of the people of God were against Jesus. The leaders had made their feelings plain, so that none dared oppose them. The Lord said,

And from the days of John the Baptist until now the kingdom of heaven suffers violence, and the violent take it by force. (Mat 11:12)

And he later said,

When I was daily with you in the temple, ye stretched forth no hands against me: but this is your hour, and the power of darkness. (Luke 22:53)

This is why as Jesus was dying there was darkness placed over the land from the 3rd to the 9th hour, so all could see that that was how God thought of the transgression of the people.

But there is another side, the scriptures make it clear that Jesus had a choice as to whether he would submit to let that power given to darkness do it's will. We see here God standing back and letting his human opposition, the leadership of Judea, the earthly leaders of the people of God, to do what they wished. It was not even all the leaders, as there were at least two exceptions, but it was clearly the most powerful of the leaders. The record we have has a witness that there was a struggle for obedience. Our Lord knew he could opt out. He says so directly to Peter,

Think thou that I cannot now pray to my Father, and he shall presently give me more than twelve legions of angels? But how then shall the scriptures be fulfilled, that thus it must be? (Matthew 26:53-54)

The record has the struggle so great that even before he faces his blood being poured out, he poured it out in the struggle to overcome.

And when he was at the place, he said unto them, Pray that ye enter not into temptation. And he was withdrawn from them about a stone's cast, and kneeled down, and prayed, Saying, Father, if thou be willing, remove this cup from me: nevertheless not my will, but thine, be done. And there appeared an angel unto him from heaven, strengthening him. And being in an agony he prayed more earnestly: and his sweat was as it were great drops of blood falling down to the ground. (Luke 22:40-44)

Luke says he was strengthened. Matthew says there were three prayers,

Then saith he unto them, My soul is exceeding sorrowful, even unto death: tarry ye here, and watch with me.

And he went a little further, and fell on his face, and prayed, saying, O my Father, if it be possible, let this cup pass from me: nevertheless not as I will, but as thou wilt. And he cometh unto the disciples, and finds them asleep, and saith unto Peter, What, could ye not watch with me one hour? Watch and pray, that ye enter not into temptation: the spirit indeed is willing, but the flesh is weak. He went away again the second time, and prayed, saying, O my Father, if this cup may not pass away from me, except I drink it, thy will be done. And he came and found them asleep again: for their eyes were heavy. And he left them, and went away again, and prayed the third time, saying the same words. Then cometh he to his disciples, and saith unto them, Sleep on now, and take your rest: behold, the hour is at hand, and the Son of man is betrayed into the hands of sinners. Rise, let us be going: behold, he is at hand that does betray me. (Matthew 26:38-46)

Matthew implies that having overcome and submitted to God's will, he went out to meet his betrayer. Mark puts it this way,

And saith unto them, My soul is exceeding sorrowful unto death: tarry ye here, and watch.

And he went forward a little, and fell on the ground, and prayed that, if it were possible, the hour might pass from him. And he said, Abba, Father, all things are possible unto thee; take away this cup from me: nevertheless not what I will, but what thou wilt. (Mark 14:34-36).

It is a fact therefore that there was another possible outcome. But it is absolutely without point to speculate what would have happened. In this instance Jesus submitted to the will of his Father. There are three records, three witnesses that labour this point. We are given the answer as to why,

But how then shall the scriptures be fulfilled, that thus it must be? (Matthew 26:53-54)

O the depth of the riches both of the wisdom and knowledge of God! how unsearchable are his judgments, and his ways past finding out! For who has known the mind of the Lord? or who has been his counsellor? (Romans 11:33-34).

We see therefore from the records of the events that our salvation was dependent on Christ's obedience to his Father, and that in that obedience what was written was fulfilled. Not only was Christ strengthened, but in addition his death was short. Jesus was dead after a mere six hours, the two with him were still alive at the evening, and would have been alive much longer except for the Sabbath. We see a compassionate Father allows for the witness, but shortening the time of suffering for a son who had pleased him.

Men and brethren, let me freely speak unto you of the patriarch David, that he is both dead and buried, and his sepulchre is with us unto this day. Therefore being a prophet, and knowing that God had sworn with an oath to him, that of the fruit of his loins, according to the flesh, he would raise up Christ to sit on his throne; He seeing this before spake of the resurrection of Christ, that his soul was not left in hell, neither his flesh did see corruption. This Jesus has God raised up, whereof we all are witnesses. (Acts 2:29-32)

And being found in fashion as a man, he humbled himself, and became obedient unto death, even the death of the cross. Wherefore God also has highly exalted him, and given him a name which is above every name: (Php 2:8-9)

For as by one man's disobedience many were made sinners, so by the obedience of one shall many be made righteous. (Romans 5:19)

Because of this obedience, others sins are covered, if they submit also in obedience in baptism, then they are associated with the death, and so also the resurrection

Therefore we are buried with him by baptism into death: that like as Christ was raised up from the dead by the glory of the Father, even so we also should walk in newness of life. For if we have been planted together in the likeness of his death, we shall be also in the likeness of his resurrection: (Romans 6:4-5)

The gospel is about the resurrection and beyond that. It is a resurrection to finally achive salvation in eternal life in the kingdom, where the end is that God is all in all, as one in unity.

A Song of degrees of David. Behold, how good and how pleasant it is for brethren to dwell together in unity! It is like the precious ointment upon the head, that ran down upon the beard, even Aaron's beard: that went down to the skirts of his garments; As the dew of Hermon, and as the dew that descended upon the mountains of Zion: for there the LORD commanded the blessing, even life for evermore. (Psalm 133:1-3)

The good that God does as saviour, comes down like dew upon the mountains of Zion, and is here described as the blessing of people in unity alive for evermore.

And where in all this is the 'icon' of the death? Wasn't the death of Jesus a six hour wonder? Is not the importance of the gospel based on the resurrection? Is not our Lord alive forevermore? Is not the fact of our salvation that we trust and have faith in in the resurrection and in what is to happen next? We might believe the witnessess to the ressurection, and know it is a histrical event, but there is much more faith required in believing and trusting what has been written about the Kingdom.

I will declare the decree: the LORD has said unto me, Thou art my Son; this day have I begotten thee. Ask of me, and I shall give thee the heathen (nations) for thine inheritance, and the uttermost parts of the earth for thy possession. Thou shalt break them with a rod of iron; thou shalt dash them in pieces like a potter's vessel. Be wise now therefore, O ye kings: be instructed, ye judges of the earth. Serve the LORD with fear, and rejoice with trembling. Kiss the Son, lest he be angry, and ye perish from the way, when his wrath is kindled but a little.

This is also the gospel. This article does not deal much with the Apostle Paul's comments on the events. To conclude, the Apostle Peter makes a interesting comment on salvation and also warns us to be wary of those who wrest Paul's words.

Wherefore, beloved, seeing that ye look for such things, be diligent that ye may be found of him in peace, without spot, and blameless. And account that the longsuffering of our Lord is salvation; even as our beloved brother Paul also according to the wisdom given unto him has written unto you; As also in all his epistles, speaking in them of these things; in which are some things hard to be understood, which they that are unlearned and unstable wrest, as they do also the other scriptures, unto their own destruction. (2 Peter 3:14-16)

In other words beware of thinking too hard on Paul's words without knowing all the scriptures: beware of taking them out of context. Peter took from Paul's writings was that longsuffering was a key. Longsuffering, for us, goes with a life of obedience. And in this life of longsuffering and learning obedience, to the aim of being blameless, there is our salvation. Jesus by his own obedience made a way, a path, to the destination which is salvation. We have to follow him. Each of us has also to follow and prepare the way of Yahweh. John was 'the voice of one crying in the wilderness, but his words were an instruction to that generation and to us,

Prepare ye the way of the Lord, make his paths straight. (Mark 1:3)

The Apostle John witnessed, “He said, I am the voice of one crying in the wilderness,

For more on the process of salvation The End of Faith