2) For Righteousness Sake: The obedient Son 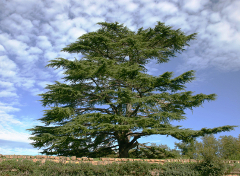 How many brush over this incident of Jesus's baptism?

Then come Jesus from Galilee to Jordan unto John, to be baptized of him.

But John forbad him, saying, “I have need to be baptized of thee, and come thou to me?”

And Jesus answering said unto him, “Suffer it to be so now: for thus it becomes us to fulfil all righteousness.”

Then he suffered him. And Jesus, when he was baptized, went up straightway out of the water: and, lo, the heavens were opened unto him, and he saw the Spirit of God descending like a dove, and lighting upon him: And lo a voice from heaven, saying, This is my beloved Son, in whom I am well pleased. (Mat 3:13-17)

Look at the deep importance to our salvation of these words! Because he did what the Father wanted, though he had no need of Baptism (rather John felt he, John, had need of baptism!), he is commended, not just as a son, but as a son that has pleased his Father.

Do we wish to please God? John was not baptised it seems, as it was not required of him by God. John was asked to baptise and prepare the way. It was required that our Lord be baptised. Why?

Jesus gives us the answer that he had to fulfil, or to do certain things, one of which was to be baptised.

Why was Jesus baptised? There is one key imperative, a command of our Lord, “follow me.”

And he saith unto them, Follow me, and I will make you fishers of men. Mat_4:19

These are among the last recorded words of our Lord himself.

And he said unto them, Go ye into all the world, and preach the gospel to every creature. He that believeth and is baptized shall be saved; but he that believes not shall be damned. (Mark 16:15-16)

There are two components in following our Lord. Belief in the gospel and obedience of baptism.

What is the gospel?

What does the scripture say?

Firstly it is the Gospel of the kingdom,

Jesus went about all the cities and villages, teaching in their synagogues, and preaching the gospel of the kingdom, and healing every sickness and every disease among the people. Mat_9:35

When introducing the gospel our Lord quoted a slab from Isaiah,

The Spirit of the Lord is upon me, because he hath anointed me to preach the gospel to the poor; he hath sent me to heal the brokenhearted, to preach deliverance to the captives, and recovering of sight to the blind, to set at liberty them that are bruised, To preach the acceptable year of the Lord. (Luke 4:18-19)

The gospel is very specific things, all fitting under the description of 'the Year of the Lord'.

The scripture, foreseeing that God would justify the heathen through faith, preached before the gospel unto Abraham, saying, In thee shall all nations be blessed. (Gal 3:8)

Paul connects the Gospel with the grace of God,

But none of these things move me, neither count I my life dear unto myself, so that I might finish my course with joy, and the ministry, which I have received of the Lord Jesus, to testify the gospel of the grace of God. (Act 20:24)

Paul defines the Gospel in length to the Corinthians,

Moreover, brethren, I declare unto you the gospel which I preached unto you, which also ye have received, and wherein ye stand; By which also you are saved,

Notice how the emphasis is even, as he does not dwell on the death, rather he goes straight onto the ressurection. Then he goes onto the evidence for faith

The focus of Paul's preaching was, according to Paul, that Christ rose, not so much that he died,

Now if Christ be preached that he rose from the dead, how say some among you that there is no resurrection of the dead? But if there be no resurrection of the dead, then is Christ not risen: And if Christ be not risen, then is our preaching vain, and your faith is also vain. Yea, and we are found false witnesses of God; because we have testified of God that he raised up Christ: whom he raised not up, if so be that the dead rise not.

For if the dead rise not, then is not Christ raised: And if Christ be not raised, your faith is vain; ye are yet in your sins.

Therefore the most important fact of the gospel is that Christ rose! Paul goes on,

Then they also which are fallen asleep in Christ are perished. .. But now is Christ risen from the dead, and become the firstfruits of them that slept. For since by man came death, by man came also the resurrection of the dead. For as in Adam all die, even so in Christ shall all be made alive. But every man in his own order: Christ the firstfruits; afterward they that are Christ's at his coming.

Then we see Paul shifts the emphasis to the end of this process, which is the kingdom,

Thus the Gospel is fundamentally all about the end of a process which is God being all in all. We are dying unto death, ans so salvation is a process of being saved until salvation. For the majority of people who take on the hope of salvation will have first perished, before the resurrection. But having taken hold of that hope, even before they die they have the assruance of ressurection. The ressurection of Christ is the assurance of the avaliablity of ressurection to salvation.

Why then the focus on the death? We don't know. It's become iconic, perhaps. How do you put a picture for Christ risen? Let us have a look at the death.

NEXT PAGE... For Righteousness sake: The second great act of Obedience
Pages: 1 2 3