Head of the corner

1) Head of the corner 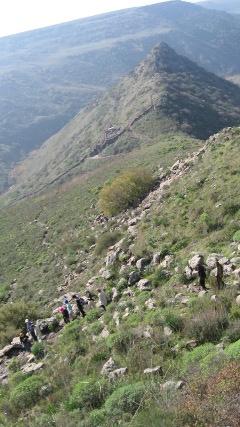 [22] The stone which the builders refused is become the head stone of the corner.

A crowd had gathered in the Temple court. There had been momentous events in Jerusalem. Jesus' disciples had brought an ass, and colt and placed Jesus on it. A very great crowd had spread their clothes along the road and some spread branches in the way. The crowd went before and behind Jesus. They cried out, Hosanna to the Son of David: Blessed is he that cometh in the name of the Lord; Hosanna in the highest.

Jesus went into the temple where there was chaos. Jesus drove out all who sold and bought in the temple. He threw over tables. And told them,

It is written, My house shall be called the house of prayer; but you have made it a den of thieves.

He healed the blind and the lame in the Temple and the children continued to cry out Hosanna to the Son of David. The chief priests and scribes were extremely displeased, said to him, Do you hear what these say? (Matthew 21:1-16)

There were a number of things that they could have accused Jesus of, but why the voices of the children? Jesus directed them to the Psalms with “Have you never read, Out of the mouth of babes and sucklings thou hast perfected praise?” Jesus did not explain further and left them to do a bit of research. He expected them to seek out some answers for themselves. He expected them to read their scriptures.

If they had taken the time to do so what would they have discovered? The Psalm speaks of the giving of strength to the 'son of man' because of the enemies that surround him. And what were they doing? It speaks of the 'son of man' and what should that have suggested to them? The Messiah was not giving answers but showing them the way to knowledge and saying that they should be looking closely at themselves. Note what Psalm 8 says.

Out of the mouth of babes and sucklings hast thou ordained strength because of thine enemies, that you might still the enemy and the avenger. When I consider thy heavens, the work of thy fingers, the moon and the stars, which thou hast ordained; What is man, that thou art mindful of him? and the son of man, that thou visitest him? (Psalms 8:2-4)

The following day the chief priests and the elders of the people came to him and raised the question of authority. Who gave Jesus the right to do what he was doing?

When he was come into the temple, the chief priests and the elders of the people came to him as he was teaching, and said, By what authority doest thou these things? and who gave thee this authority? And Jesus answered and said unto them, I also will ask you one thing, which if ye tell me, I in like wise will tell you by what authority I do these things. (Matthew 21:23-24)

Jesus then relates the parable of the vineyard owner's son who is murdered by the tenants. Jesus then asks them again, Have you never read in the scriptures? What is he trying to tell them? What does he want them to do?

Is there here a message for us? He asks them again if they have read.

Jesus said unto them, Did you never read in the scriptures, The stone which the builders rejected, the same is become the head of the corner: this is the Lord's doing, and it is marvellous in our eyes? Therefore say I unto you, The kingdom of God shall be taken from you, and given to a nation bringing forth the fruits thereof. And whosoever shall fall on this stone shall be broken: but on whomsoever it shall fall, it will grind him to powder. And when the chief priests and Pharisees had heard his parables, they perceived that he spoke of them. (Matthew 21: 42-45)

It is here that the chief priests and Pharisees have some notion that the Messiah is referring to them. If we take a look at Psalm 118 we can read what Jesus wanted them to read. They had the evidence so why didn't they recognise him as the Messiah?

What did he want them to read about the stone rejected? The Psalm opens with a declaration of Yahweh's enduring mercy.

O give thanks unto the LORD; for he is good: because his mercy endureth for ever.

I called upon the LORD in distress: the LORD answered me, and set me in a large place.

Yahweh's mercy is revealed in the salvation that comes through his son but the leaders of Israel refused to recognise their Messiah..

Did the leaders rejoice in Jesus' appearance among them? Or did they refuse to believe what they could see and read about? Could they say Blessed be he that cometh in the name of the LORD: we have blessed you out of the house of the LORD? Why didn't they recognise their Messiah and the signs and wonders which they saw? As Jesus pointed out to them it was all written for them if they would just read what was written. 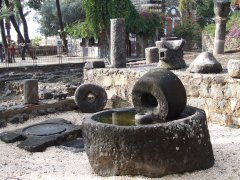 [22] The stone which the builders refused is become the head stone of the corner. [23] This is the LORD'S doing; it is marvellous in our eyes.

[24] This is the day which the LORD hath made; we will rejoice and be glad in it. [25] Save now, I beseech thee, O LORD: O LORD, I beseech thee, send now prosperity. [26] Blessed be he that cometh in the name of the LORD: we have blessed you out of the house of the LORD. [27] God is the LORD, which hath shewed us light: bind the sacrifice with cords, even unto the horns of the altar. (Psalms 118:22-27)

The Apostle Peter is the one who later explained more clearly what should have been understood by these supposed man of learning. Peter had cured a lame man and tells those there that salvation had come through the sacrifice of Jesus. He points out that the leaders “crucified, whom God raised from the dead”.

If we this day be examined of the good deed done to the impotent man, by what means he is made whole; Be it known unto you all, and to all the people of Israel, that by the name of Jesus Christ of Nazareth, whom you crucified, whom God raised from the dead, even by him does this man stand here before you whole.

This is the stone which was set at nought of you builders, which is become the head of the corner. Neither is there salvation in any other: for there is none other name under heaven given among men, whereby we must be saved. (Acts 4:9-12) 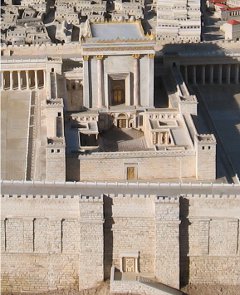 Ye also, as lively stones, are built up a spiritual house, an holy priesthood, to offer up spiritual sacrifices, acceptable to God by Jesus Christ. Wherefore also it is contained in the scripture, Behold, I lay in Sion a chief corner stone, elect, precious: and he that believes on him shall not be confounded. Unto you therefore which believe he is precious: but unto them which be disobedient, the stone which the builders disallowed, the same is made the head of the corner, And a stone of stumbling, and a rock of offence, even to them which stumble at the word, being disobedient: whereunto also they were appointed.

But you are a chosen generation, a royal priesthood, an holy nation, a peculiar people; that ye should show forth the praises of him who has called you out of darkness into his marvellous light: (I Peter 2 :5-9)

These discussions of our Lord show that he does not always give direct answers. He often sends people to the scriptures and leaves them to ponder what he meant. It seems that the people of that generation, even his enemies, knew enough of the scriptures to know when they were condemned. The word 'enemies' comes up in the context in the Old Testament scripture that they were sent to look at. If these leaders had hearts to repent, as some may have, they would have understood the importance of the stone laid in Zion, and how they would stumble at it and repent, or, be eventually destroyed because of their disobedience and rejection of that Stone.

Capernaum: A place of rest

The beauty of the Bible is that it has little pictures within little pictures. Take the eyewitness account of what happened after the feeding of the 5000 on the grassy mountain side, when Jesus, pronouced Y'shua, walks on water.