He Hath Shortened the Days 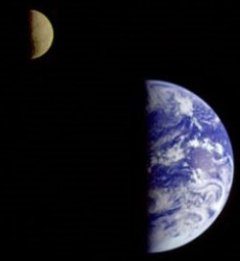 In a world scared by any change in things they do not understand, it is being reported everywhere that the length of a day is shortened. But the God-fearing know both why and what it means!

And that, knowing the time, that now it is high time to awake out of sleep: for now is our salvation nearer than when we believed. (Romans 13:11)

New measurements by the UK’s National Physical Laboratory show that the Earth is currently spinning faster than it was half a century ago.

On June 29, the Earth’s full rotation took 1.59 milliseconds less than 24 hours - the shortest day ever recorded.

Scientists are warning that the Earth is spinning faster than normal, and this change could have a detrimental impact on technology, especially computer networks.

Earth Is Suddenly Spinning Faster. Why Our Planet Just Recorded Its Shortest Day Since Records Began

Until a few years ago it had been thought that Earth’s rotation was slowing down after several successive measurements by atomic clocks since 1973.

The International Earth Rotation and Reference Systems Service (IERS) had even begun adding leap seconds every now and again to make up for the slower spin (it last happened on December 31, 2016).

However, in the last few years the atomic clocks have shown that Earth rotation is now speeding up. In fact, we could be beginning a 50 year period of shorter days.

It is impossible that the earth spin is speeding up. Those scientists who work in the area can imagine as many reasons as they wish, but they can prove nothing. They speculate, . they do not know why

This speeding up requires energy input. In fact even for things to spin at all requires input energy day-to-day and moment-to-moment as Isaac Newton proved. Isaac Newton stated that his findings proved that the God of the Bible controls hands-on the motions of all the heavenly bodies. Nobody has disproven Newton, and his thesis has been ignored. The point is that servants of Christ may know this is a sign.

For 50 years the day was lengthened and time slowed for the full number of the elect to be gathered, as there were many faithful servants and as the great nations allowed people to read the Bible. Time slowed as the times of the nations played out to their fullest extent. Time slowed since the Yom Kippur war of 1973. But now time is being sped up so fast they worry that the computers will be upset!

When we hear of days being shortened – we think of our Lord's prophecy!

The days (years) of judgement that came upon Israel were shortened between when our lord spoke these words and when Jerusalem fell to bloody internal divisions and to Rome in 70AD. There was great tribulation, many being put to death. Many Christians think there shall be the exact same great tribulation as they take all prophecy to apply it to themselves, but this is clearly missing the point of the specifics of the prophecy. However second applications of prophecy are possible in principle.

For in those days shall be affliction, such as was not from the beginning of the creation which God created unto this time, neither shall be. And except that the Lord had shortened those days, no flesh should be saved: but for the elect's sake, whom he hath chosen, he hath shortened the days. (Mark 13:19-20)

The reason the days of tribulation are shortened is for the elect, those chosen by Yahweh Elohim, who respond to him, and who love his word.

And because iniquity shall abound, the love of many shall wax cold. But he that shall endure unto the end, the same shall be saved. And this gospel of the kingdom shall be preached in all the world for a witness unto all nations; and then shall the end come. (Matthew 24:12-14)

When we see iniquity abounds, as we do now, we seek that our Lord comes as soon as possible to take us from an evil world. We pray that the days be shortened! And then we see the day is shortened! If we are told the days are now shortened, and we see people fearing for the days being shortened - or any of the other things the 'highly-educated' but ignorant fear about the earth, we might take note and look up with hope,

Men's hearts failing them for fear, and for looking after those things which are coming on the earth: for the powers of heaven shall be shaken. And then shall they see the Son of man coming in a cloud with power and great glory. And when these things begin to come to pass, then look up, and lift up your heads; for your redemption draweth nigh. (Luke 21:26-28)

We see now as much as possible the Gospel of the Kingdom and Christ's return preached in all places possible, even some of those places where the Authorities would not allow dissent. We see also that where once there was freedom to preach, there is now great freedom to iniquity, so much so that it is hard for the call to repent to be heard. As in the days before the destruction of Jeremiah's day, they says there is peace to the evil doers!

They say still unto them that despise me, The LORD hath said, Ye shall have peace; and they say unto every one that walks after the imagination of his own heart, No evil shall come upon you. (Jeremiah 23:17)

As we see the wickedness of the days of Noah and Lot, we also consider the importance of the sign of the shortening day!

The fear of the LORD prolongs days: but the years of the wicked shall be shortened.
(Proverbs 10:27)

We must already be in the time of the end, for we can measure the variation of the length of a day,

But thou, O Daniel, shut up the words, and seal the book, even to the time of the end: many shall run to and fro, and knowledge shall be increased. (Daniel 12:4)

There will be a point where time will not speed up, or slow, but stop. The time for the nations will be up. It seems as if the natural world is now hastening to the end, as the days shorten.