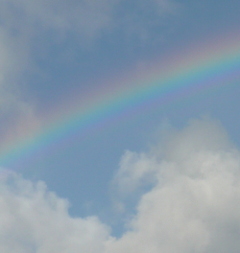 As it was in the days of Noe, so shall it be also in the days of the Son of man. They did eat, they drank, they married wives, they were given in marriage, until the day that Noe entered into the ark, and the flood came, and destroyed them all. Likewise also as it was in the days of Lot; they did eat, they drank, they bought, they sold, they planted, they builded; But the same day that Lot went out of Sodom it rained fire and brimstone from heaven, and destroyed them all. Even thus shall it be in the day when the Son of man is revealed. (Luke 17:26-30)

Look carefully at what is said of Sodom: They were well fed, they had a great economy and they were industrious both planting and building. Great buildings are a sign of a great civilization. It was not even said of Noah's day that they built great buildings.

In the days of Noah they ate well and married often. This indicates prosperity. The Creator saw his servants 'marrying the daughters of men' and departing form His ways. Thus Y'shua's point about marrying in the days of noah carries great weight.

There were strong men in the earth in those days; and also after that, when the sons of God came in unto the daughters of men, and they bare children to them, the same became mighty men which were of old, men of renown. And GOD saw that the wickedness of man was great in the earth, and that every imagination of the thoughts of his heart was only evil continually.(Genesis 6:4-5)

In marrying the daughters of Cain, the sons of Seth had their hearts turned to think evil and do wickedness, so that there was only one family, that of Noah, left. See how they had become great men due to their background of knowing well the ways of God.

That generation was condemned for evil thoughts that led to wicked ways that resulted in un-ending violence:

God said unto Noah, The end of all flesh is come before me; for the earth is filled with violence through them; and, behold, I will destroy them with the earth. (Genesis 6:13)

But Sodom was something else again, it was a prosperous city.

Lot lifted up his eyes, and beheld all the plain of Jordan, that it was well watered every where, before the LORD destroyed Sodom and Gomorrah, even as the garden of the LORD, like the land of Egypt, as thou com unto Zoar. Then Lot chose him all the plain of Jordan; and Lot journeyed east: Abram dwelled in the land of Canaan, and Lot dwelled in the cities of the plain, and pitched his tent toward Sodom. But the men of Sodom were wicked and sinners before the LORD exceedingly. (Genesis 13:10-13)

This sin is of note as Sodom is near and had strong contact with Salem the place of the Priest of the Most High God! We see this in the account of their interaction in Genesis 14. The people of Sodom and the sister city Gomorrah were called 'wicked' and 'sinners' as they knew better. There is no sin when there is no law (Romans 5:13).

Behold, this was the iniquity of thy sister Sodom, pride, fulness of bread, and abundance of idleness was in her and in her daughters, neither did she strengthen the hand of the poor and needy. And they were haughty, and committed abomination before me: therefore I took them away as I saw good.
(Ezekiel 16:49-50)

Sodomy was only one element of their multi faceted wickedness, and even that was an outworking of pride that came out idleness, that came out of the exceeding prosperity of the city.

For in the end the city was destroyed because of it's violence. ..

But before they lay down, the men of the city, even the men of Sodom, compassed the house round, both old and young, all the people from every quarter: And they called unto Lot, and said unto him, Where are the men which came in to thee this night? bring them out unto us, that we may know them. And Lot went out at the door unto them, and shut the door after him, And said, I pray you, brethren, do not so wickedly. Behold now, I have two daughters which have not known man; let me, I pray you, bring them out unto you, and do ye to them as is good in your eyes: only unto these men do nothing; for therefore came they under the shadow of my roof. And they said, Stand back. And they said again, This one fellow came in to sojourn, and he will needs be a judge: now will we deal worse with thee, than with them. And they pressed sore upon the man, even Lot, and came near to break the door. (Gen 19:4-10)

See how when this idle and proud mob's will is challenged the mob of Sodom turns violent and wants to harm Lot?

Do we see this today? See how idle people who are well fed travel about asserting their will, and how at any resistance they turn violent?

Do we see how many being so well off think they 'fight' for the needy and 'less well off' especially the 'less equal' but don't help those really in need at all? When they throw things at another person or the police, how does that help anyone?

To see how this behaviour goes with an increase in pride and homosexuality, we go to Paul to explains it to the Romans, who saw a very similar world.

For the wrath of God is revealed from heaven against all ungodliness and unrighteousness of men, who hold the truth in unrighteousness; Because that which may be known of God is manifest in them; for God has shewed it unto them. For the invisible things of him from the creation of the world are clearly seen, being understood by the things that are made, even his eternal power and Godhead; so that they are without excuse: Because that, when they knew God, they glorified him not as God, neither were thankful; but became vain in their imaginations, and their foolish heart was darkened. (Romans 1:18)

Thus, like Sodom, the Roman people Paul spoke knew the true ways of God. Note they were not thankful. It was not fashionable to thank God for food.

Professing themselves to be wise, they became fools, And changed the glory of the uncorruptible God into an image made like to corruptible man, and to birds, and fourfooted beasts, and creeping things. Wherefore God also gave them up to uncleanness through the lusts of their own hearts, to dishonour their own bodies between themselves: Who changed the truth of God into a lie, and worshipped and served the creature more than the Creator, who is blessed for ever. Amen.
For this cause God gave them up unto vile affections: for even their women did change the natural use into that which is against nature: And likewise also the men, leaving the natural use of the woman, burned in their lust one toward another; men with men working that which is unseemly, and receiving in themselves that recompence of their error which was suitable. And even as they did not like to retain God in their knowledge, God gave them over to a reprobate mind, to do those things which are not convenient; Being filled with all unrighteousness, fornication, wickedness, covetousness, maliciousness; full of envy, murder, debate, deceit, malignity; whisperers, Backbiters, haters of God, despiteful, proud, boasters, inventors of evil things, disobedient to parents, Without understanding, covenant breakers, without natural affection, implacable, unmerciful: Who knowing the judgment of God, that they which commit such things are worthy of death, not only do the same, but have pleasure in them that do them. (Romans 1:18-32)

Paul says sodomy is a curse on those who know of the Creator but leave His Ways to do all sorts of evil. It is a sign that goes with pride in an evil way. We see here how breaking covenants, being hard hearted, set in their own thoughts, attacking others, boasting of themselves is equated to not strengthening the hand of the poor and needy. Boastful proud people who insult others, make those others poor and needy. See how after hating God they are cursed to lose something good they might have had? Sodomy is a curse on the proud God haters, so they harm and abuse themselves, and lose God's gift of right relationships.

Hear the word of the LORD, ye rulers of Sodom; give ear unto the law of our God, ye people of Gomorrah. (Isaiah 1:10) 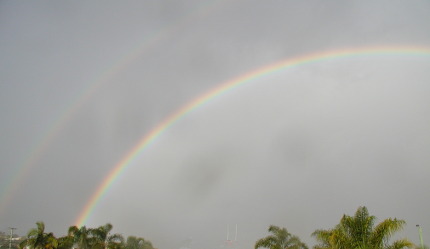 What is interesting is that the proud have chosen in these last days the sign of Noah: It takes a lot of pride to so drastically reject God's ways and while doing so chose as a sign of that rejection the arrow-less bow sign given by God of His destruction of all people for depraved thoughts and violence!

In both Hebrew and English the word 'bow' and 'rainbow' are for military weapons of destruction. Jewish commentary on the 'bow' memorialises also the destruction. In it wee see the Goodness and Severity of God (Romans 11:22). For more on the Rainbow see Rainbow

Fundamentally, in the days of Noah they were marrying and giving in marriage, but not in love and care, as every thought was evil continually.

The Bible shows us that humans needed a pattern of laws to show us how to love and form true lasting relationships. The Apostle Paul points out that the statutes and judgments “which if a man do, he shall live in them: I am the LORD. (Lev 18:5)” are a schoolmaster to bring to bring all to a perfect relationship in Christ (Galations 3)
Love and keeping God's laws and ways go together in Christ, and

By this we know that we love the children of God, when we love God, and keep his commandments. (1Jn 5:2)

The clearest expression of the equation between God's commandments and laws and true love between people comes from the Apostle Paul.

Love works no ill to his neighbour: therefore love is the fulfilling of the law.(Romans 13:10)

If the law of God is thrown out and people do what they wish, it is most likely they will fail to love at all, though they may think they have affection or passion for another person. They can never do another true good, for at the very least that they aren't blessed with mercy from God. In not seeking and finding mercy they don't find true peace.

Shewing mercy unto thousands of them that love me and keep my commandments. (Deut 5:10)
Great peace have they which love thy law: and nothing shall offend them. (Psalm 119:165)

The continual evil thought of those who follow their own imagination and reject God ways results in the emergence of interpersonal discord and leads to all forms of violence.

In Sodom they were planting and building, but such was their prosperity they had much time on their hands for evil thoughts to outwork in bullying and violence - does this sound familiar?

Do we see how a generation disobedient to parents is leading to accidental deaths and violence… This is the new Sodom.