The next Jubilee? Messiah 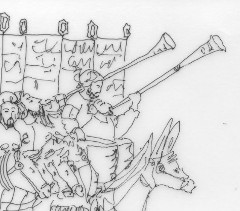 There is much speculation as to when the next Jewish Jubilee year is. Jews do not keep it, so it may be debated at will. It is of interest as Jewish sages expect Messiah will come in a Jubilee.

Recently Israel 365 published a Jewish sages reasoning as to why Messiah might come next year.

PROMINENT MYSTIC: NEXT YEAR WILL BE THE FINAL JUBILEE, YEAR OF MESSIAH’S ARRIVAL BY ADAM ELIYAHU BERKOWITZ | JAN 12, 2022 | BIBLICAL NEWS

Rabbi Fish said. “Rabbi (Oren) Evron informed me that next year, 5783, will be a Jubilee year and will usher in the Messiah.” Today, in the absence of a fully-functioning supreme Jewish court, known as the Sanhedrin, the Jewish community in Israel neither marks nor observes the Jubilee year.

He noted that if the Hebrew year is divisible by seven, then it is a shemittah year. This year, for example, is 5782 which is the 826th shemittah year since the creation of the world.

“Similarly, the Jubilee is the first year of the next shemittah cycle. This has been true since creation. This year is 5782, divided by 49 equals precisely 118. So next year is the 118th Jubilee since the creation of the world.

Rabbi Fish noted that the genatria (Hebrew numerology) of the sentence,

after the Shemittah the Messiah/son of David arrives- is precisely 1,000.

There is no problem to know which year is the 7th year of rest, as it has been kept constantly due to debt release. As to whether the Jewish date calculated for creation is accurate to the precise year or 7th year, we cannot know as nowhere in the Bible is any clear indication given that can be correlated to more modern Jewish dating. What we do know is the genealogies have some overlaps and gaps, and thought it is accurate enough to within 100 years, it may not be accurate to the precise 7th.

When working with this idea some years ago I noted the 50th year gap from 1917/18 to 1966/7 and surmised, like others, that they may be a pattern that projected to 2016/17. That year was a watershed year globally and for Israel as the US and others recognised Jerusalem as Israel's capital, as there were seismic shifts led by the Trump Adminstration - But we can say with hindsight that Messiah did not come. If that is the pattern for the Jubilees when Messiah is to come, then the next is due 2065. I was not dogmatic as to the Jubilee as nobody knows. It looked likely. I had also noted,

There is more. The next 7th year of release was 1972/3. At the end of 1972 Anwar Sadat began making threats. And while Israel rested and waited during the 7th year, their neighbours mobilized, beginning action with a training exercise at the end of the 7th year. The attack came at Yom Kippur at the start of a first year. Organised fighting ended in October 1973 at the end of a first year. And this was Israel's last battle to confirm their existence as a nation. (Sabbath for the Land, Times Appointed)

If as the sages argue Israel cannot keep the Jubilee until the Jews are back in their land, then they could not keep it until after the war of 1967, as the lion's share of the land of the fathers was in the possession of Jordan from 1948 until 1967 and arguably was not confirmed until victories of Yom Kippur 1973. Therefore the first true count for a 50 year era could be from that point.

Let us count then the 50 years before that, and so a 49/50th year pattern may indeed exist in a pattern of 3 about 1967, but there could be another one also. Going back 1923/4 on 26 September 1923 the British Mandate for Palestine came into effect, by which they were meant by International Law to facilitate the establishment of a Jewish homeland. This was the beginning of a seventh year. Therefore the first count for a Jubilee had to come a year after in late 1924, which is also called the beginning of the 4th Aliyah, one factor helping the numbers returning to their ancestral land was the US congress deciding they needed a quota for Jews entering the US. The first real return to the land as if a jubilee after the enactment of the Balfour declaration. It would seem as if there were indeed 2 patterns offset by a 7 year interval.

Assuming that the Jewish sages are correct in Messiah coming in a Jubilee year, for reasons of the meaning of the Jubilee of which speaks of rejoicing and return, we may hope with expectation but not dogmatism that the next First year beginning 25 September 2022 is indeed a true Jubilee as they hope. At the very least we might hope it would bring a Jewish release so they may return in numbers build and settle on their own historic homeland on the Mountains of Israel (aka 'West bank') as Ezekiel 38 indicates they must.

The times of the Nations we have calculated in Times Appointed indicated the years 2021, 2022 and 2023 might be significant era ends of the rule of the Nations.

At the very least Christ (Hebrew Messiah, Anointed) said the generation would not pass that saw the sign of the Olivet prophecy, that Jews regain possession of Jerusalem.

Perhaps the most interesting thing to note, is the eagerness of the Jewish expectation of the Messiah.

With Russia advancing as it may, new leadership in Germany, the possibility of chaos in new leadership expected in France and much chaos in 'mid-term' America 2022, the world's state looks set to meet many conditions required for our Lord's return, including as the Jewish sages noted the wars required beforehand. Even so Come Lord Y'shua.