1) Worship and the Church 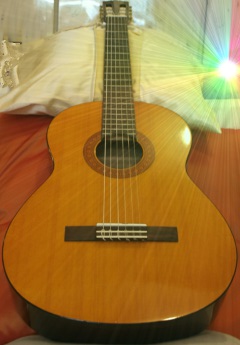 The Gospel Music Association has estimated that Christian record sales exceed $500 million per year.  Combined with merchandising and ticket sales the figure increases to $750 - $900 million per year.  John Connell in his ‘Hillsong: a megachurch in the Sydney suburbs,’ (Australian Geographer, pp. 315-332) estimates that Hillsong’s Contemporary Christian Music recordings brought in $8 million for the church in 2002.  Within Hillsong there are 40 television screens and a multi million dollar sound system.

The first record of singing in the Bible, as part of worship to God, was in Exodus 15:1, where the children of Israel sang a song following their deliverance out of Egypt.  The next mention of song in worship is in Deuteronomy 31:19, just prior to Israel entering the Promised Land, where God commanded Moses to teach Israel a song.  Deuteronomy 32 records the words of this song.

When the Tabernacle was first established under Moses in the wilderness wanderings there was no mention of music or singing.  No Levites were allotted to music, nor was any mention made to it for feast days.  The first mention of music and singing as part of the Temple/Tabernacle service was when David became King.  King David incorporated music and instruments into the service (1 Chronicles 6:31; 16:4; 25:6 and 2 Chronicles 7:6).  The Psalms, largely attributed to David, have a number of verses where we are encouraged to sing psalms. Psalm 105:2 is one example:  “Sing unto him, sing psalms unto him, talk of all his wondrous works”.  The Hebrew word for Psalm is “mizmor” and means a poem set to music.  Singing and music as part of worship to God appear to have reached their peak under King David and Solomon.

What our Lord did

In the 3.5 year ministry of Jesus Christ there is only one occurrence where they sang.  Matthew 26:30 and Mark 14:26 record the disciples singing a hymn at the conclusion of the Last Supper before going out to the Mount of Olives.  Aside from this one instance song and music was not recorded in the ministry of Christ.  The question is why?

The disciples (Acts 4:13) and Christ were not learned men.  In John 7:15 the Jews marvel and wonder at Christ’s teaching as he was not learned.  Throughout history music has typically been the realm of the learned and wealthy.  Music is not something learnt by the “think” method.  It requires education, practice and time to indulge in practice.  At this point it would be useful to compare the commercial Christian music industry with the hymn sung by Christ and his disciples after the Last Supper.

Commercial Christian music is highly rehearsed, arranged, rearranged, put into different keys and time beats.  The same music can be sung as a pop song, as a ballad or as a rap song by simply changing the time beat and point of emphasis.  At this point it is relevant to note that I have played music for Christian congregations for over 20 years.  Each time I need to think how I will play the music.  Amongst the numerous things that are possible to do include speeding it up, slowing it down, making it “thin” or more acoustic.  People agonise over what sounds good, what will come across in different spaces with different acoustics and different numbers of people.  The focus is all on what sounds good to the hearer and how to motivate the hearer.  In most situations those playing the music are wanting to create a mood, it could be more sombre or more cheerful.  After all why did Hillsong spend millions on their sound system?  Imagine going to a Hillsong meeting and the music was out of time, off key and sung poorly.  They wouldn’t draw in the crowds and their music wouldn’t sell to the tune of $8 million per year.  The focus of commercial Christian music is you, the hearer and how to motivate you extrinsically.

Let’s compare the hymn sung by Christ and his disciples.  It is unlikely that they sang in tune, rehearsed it hundreds of times to get it right and used any instruments.  Imagine the 12 worst singers in a church congregation all put together.  This is probably something that you would cringe at.  It is also hard to imagine Peter arguing to sing in one key, John in another key with a different time beat and Christ having to arbitrate!  Aside from Judas Iscariot it would be hard to imagine them recording the hymn and pocketing the proceeds.

The difference between commercial Christian music and the hymn sung by Christ and his disciples is the focus and motivation.  The focus of commercial Christian music is on the hearer, extrinsic motivation and repetitious rehearsal.  The focus of Christ and his disciples was on God, the Creator and a genuine outpouring of instantaneous praise that came from within.  It was intrinsic.  They were not motivated by the music, they were motivated from within to sing praise.  Christ and his disciples didn’t repetitiously rehearse the hymn.  This is an important point.  God doesn’t want us to repetitiously rehearse our lives before Him.  He wants to know what we genuinely are the first time.

If Christ and his disciples were singers of some quality it is interesting that they didn’t display their talents publicly.  They could have entertained the masses and gotten the emotion of the crowds.  But no record of this appears in the Bible.  If the statistics from the Gospel Music Association are anything to go on $250 - $400 million is spent per year on merchandise and ticket sales.  Who are we worshipping?  Are we worshipping God, or are we really worshipping the performers and musicians?  If we have some “favourite” musicians or musicians that we think are “amazing”, maybe we are really worshipping them, not the Creator.  This same reasoning can be applied to those that do missionary work, are Pastors or Evangelists.  Do we have talks and books by particular Pastors that line the shelves of our bookcases, or that we look up to with blue eyed innocence?  The great Apostle John in Revelation (Revelations 22:8-9) fell down and worshipped the Angel who conveyed God’s message, but the Angel reprimanded him and told him not to, but to worship God.  We are not to bow down to Christian musicians, missionaries, Priests, Bishops, Pastors or Evangelists.  The Angel reprimanding John gives us the reason why – they are like us, imperfect.

The singing of the hymn is recorded in both Matthew and Mark, meaning that it was significant.  It wasn’t because it was well sung, it was because they were remembering a very significant event – the Last Supper.  King David and Solomon made singing and music more common by its extensive use, but in the times of Moses and Christ the record of a song was unique and carried importance.  In Revelation songs again carry much importance, all three songs are in relation to the redeemed who have overcome.  There is nothing common about the redeemed or their praise to their Creator.  It is a genuine outpouring of praise.  They aren’t being lead by the emotion blaring from 40 speakers.  They are lead by an emotion of thankfulness from within.

Worship today is often interpreted to be the playing and singing of music to God.  It is worthwhile to look more at this to see what the Bible means by worship.  In the Old Testament the word “worship” is most often translated from the Hebrew word “shachah” which means to prostrate, to bow self down or humbly beseech.  In the New Testament the word “worship” has been translated from two Greek words.  The first is “proskuneo” which means to crouch or prostrate and the second is “sebomai” which means to adore or revere.  The word Hebrew and Greek words for worship have nothing to do with singing and music.

Christ plays on the word “worship” (proskuneo) in John 4:20-24 when talking with the Samaritan woman at the well.  The woman has the idea that true worship should be done at the Temple in Jerusalem.  But Christ cuts right down to the base line and says that worship is to be done in spirit and truth.  Christ isn’t interested in formal Temple worship as a ritual of men. 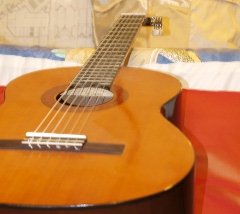 In Amos 5:23 God despises the songs of Israel “Take away from me the noise of your songs, for I will not hear the melody of your viols”.  Why? Amos 5:24 continues “Let judgment run down as waters, and righteousness as a mighty stream”.  Amos 6 and 8 list reasons why God will not listen to their songs.  God is not interested in our singing if we haven’t gotten His principles right.  The purpose of Christ’s ministry was to bring the nation of Israel to a true knowledge of God.  They had intricate Temple worship complete with feast days and singing.  What Christ wanted the people to come to realise was that there was a difference between formal ritualistic worship and true worship which was about true judgement and righteousness.  In the same way in the 21st century, attending church and singing Christian praise music is not what God wants, He is wanting true judgement and righteousness.  For this reason Christ’s ministry wasn’t about worship at the Temple or singing songs of praise.  He wanted correct behaviour first.  Unless the behaviour was right there was no point to songs of praise.

Some may argue that listening to or singing songs of praise helps them to focus on God or helps them draw nearer to God.  The nation of Israel had feelings very similar to these in Malachi 2:13.  The Israelites were covering the altar with tears, weeping and crying.  Obviously they were very zealous in trying to get close to God.  God’s response is quite cutting, He regarded them less for this.  What he wanted was a change in their behaviour.  Christ picks up on this theme in Matthew 5:23 where he tells the Jews if they are bringing a gift to the altar and there is an issue between them and another person to first go and sort out the issue with the other person.  We cannot gain the approval of God by praying, singing music or doing “good” acts if we are not following His commandments.  We should not be listening to or singing Christian music to make us feel righteous when other parts of our lives do not match God’s commandments.  Singing praise to God comes after not before Godly behaviour.

Songs of praise come at the point of salvation for the saints.  For this reason there was a song when Israel was delivered from Egypt, when they came to enter the Promised Land, and at the final judgement in Revelation.  The hymn in Christ’s ministry followed the Last Supper, again a symbol that pointed forward to salvation in God’s kingdom.  Isaiah has 21 verses with the word “sing” or “songs”.  In the majority of these verses the singing is to do with salvation.  One example is Isaiah 35:10

“ and the ransomed of the LORD shall return, and come to Zion with songs and everlasting job upon their heads; they shall obtain joy and gladness, and sorrow and sighing shall flee away”.