1) Is the Old Testament superseded by the New Testament? 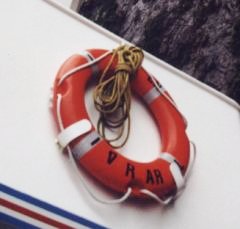 This is a question which is often asked. The first covenant of the Law or the old constitution of Israel with its laws and offerings has been abolished, but it is still relevant today as a guide to the understanding of the Messiah's sacrifice. What was communicated through the prophets has not been annulled and much of their writing is still very relevant to what is happening in the world around us today. The New Testament itself shows clearly that the Old Testament is relevant today.

The Apostles who taught both Jews and Gentiles made frequent reference to the scriptures as their source of knowledge. The scriptures comprised the works available at that time and were made up of the law of Moses, the Psalms and the prophetical writings. The New Testament is a witness to the importance placed by the Apostles on the “scriptures”, as they frequently used the Old Testament to support their teaching. We need to let such people as Paul and Peter give the evidence that proves this.

The Apostle Paul advises Timothy that the 'holy scriptures' would make him wise unto salvation. The New testament did not exist at that time and the scriptures clearly had reference to the writings of the Old Testament. Paul states:

And that from a child thou hast known the holy scriptures, which are able to make thee wise unto salvation through faith which is in Christ Jesus. (II Timothy 3:15)

When Paul testified before Agrippa, he stated that he relied on the writings of the prophets and Moses for his understanding and knowledge, which he now declared to the people.

Having therefore obtained help of God, I continue unto this day, witnessing both to small and great, saying none other things than those which the prophets and Moses did say should come: (Acts 26:22)

Comparing the Bereans to those in Thessalonica, Paul shows that the Bereans were keen students of the scriptures and searched those writings to prove the truth of Paul's teachings, for which Paul commended them. Paul also spent three sabbath days expounding “out of the scriptures”.

And Paul, as his manner was, went in unto them, and three sabbath days reasoned with them out of the scriptures, Opening and alleging, that Christ must needs have suffered, and risen again from the dead; and that this Jesus, whom I preach unto you, is Christ. (Acts 17:2-3) 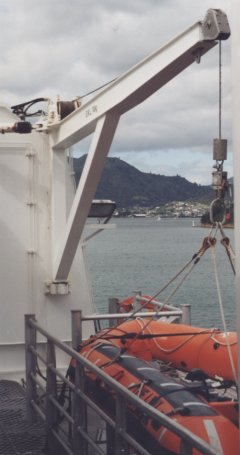 The chapter continues and he draws a comparison between the Thessalonians and the Bereans, who were keen students of Paul's teachings. They wanted to prove the truth of what Paul taught and were praised for this.

These (the Bereans) were more noble than those in Thessalonica, in that they received the word with all readiness of mind, and searched the scriptures daily, whether those things were so. (Acts 17:11)

Paul believed the scriptures and presented the Law and the Prophets as the basis of his faith when he spoke in his defence before Felix, the Roman Governor.

When teaching the Jews in Rome, Paul expounded the things related to the Messiah and the Kingdom of God from the writings of Moses and the Prophets.

And when they had appointed him a day, there came many to him into his lodging; to whom he expounded and testified the kingdom of God, persuading them concerning Jesus, both out of the law of Moses, and out of the prophets, from morning till evening. (Acts 28:23)

Peter also shows the importance of an understanding of the scriptures and the prophetic word. It is notable that he also warns that in the 'last days' many will scoff at an understanding of the prophetic writings. We are living in the 'last days' and it is clear that few people take much notice of the Old Testament. Peter says that prophecy is like a shining light in a dark world, full of immorality and violence and it is God's word to us.

We have also a more sure word of prophecy; whereunto you do well that you take heed, as unto a light that shines in a dark place, until the day dawn, and the day star arise in your hearts: Knowing this first, that no prophecy of the scripture is of any private interpretation. For the prophecy came not in old time by the will of man: but holy men of God spoke as they were moved by the Holy Spirit. (II Peter 1:19-21)

That you may be mindful of the words which were spoken before by the holy prophets, and of the commandment of us the apostles of the Lord and Saviour: Knowing this first, that there shall come in the last days scoffers, walking after their own lusts, And saying, Where is the promise of his coming? for since the fathers fell asleep, all things continue as they were from the beginning of the creation. (II Peter 3:2-4)

The Messiah taught that the prophets and Moses prophesied of him. Throughout his ministry, Yeshua frequently advised his followers to tun to the writings of the Old Testament to learn of him.

And when they drew nigh unto Jerusalem, and were come to Bethphage, unto the mount of Olives, then sent Jesus two disciples, Saying unto them, Go into the village over against you, and straightway you shall find an ass tied, and a colt with her: loose them, and bring them unto me. And if any man say ought unto you, ye shall say, The Lord has need of them; and straightway he will send them.

All this was done, that it might be fulfilled which was spoken by the prophet, saying, Tell ye the daughter of Zion, Behold, your King comes unto you, meek, and sitting upon an ass, and a colt the foal of an ass. (Matthew 21:1-5)

Following his crucifixion and resurrection the Messiah advises his followers to read the scriptures in order to understand the 'things concerning himself '.

Then he said unto them, O fools, and slow of heart to believe all that the prophets have spoken: Ought not Christ to have suffered these things, and to enter into his glory?

And beginning at Moses and all the prophets, he expounded unto them in all the scriptures the things concerning himself. (Luke 24:25-27)

NEXT PAGE... Further Evidence in the Gospels
Pages: 1 2

The vital difference between a poor nation and prosperous one is the education and applied objective knowledge of all its citizens. A nation who teaches lies will fail, as contradiction beeds confusion and confusion prevents learning. Likewise in the Commowealth of the faithful sons and daughters of Abraham (Eph 2:12) spiritual prosperity can only come with right knowledge of truth.