2) Further Evidence in the Gospels 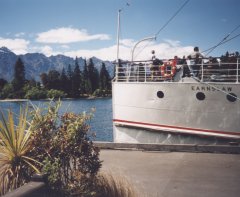 The birth of Yeshua was to those, such as Simeon, who were watching and waiting for Israel's Messiah, the sign that Yahweh was in their midst working out his purpose.

Behold, a virgin shall be with child, and shall bring forth a son, and they shall call his name Emmanuel, which being interpreted is, God with us. (Matthew 1:23)

Matthew is referring back to Isaiah:

Therefore the Lord himself shall give you a sign; Behold, a virgin shall conceive, and bear a son, and shall call his name Immanuel. (Isaiah 7:14)

Now when Jesus was born in Bethlehem of Judaea in the days of Herod the king, behold, there came wise men from the east to Jerusalem, Saying, Where is he that is born King of the Jews? for we have seen his star in the east, and are come to worship him. When Herod the king had heard these things, he was troubled, and all Jerusalem with him. And when he had gathered all the chief priests and scribes of the people together, he demanded of them where Christ should be born. And they said unto him, In Bethlehem of Judaea: for thus it is written by the prophet, And thou Bethlehem, in the land of Juda, art not the least among the princes of Juda: for out of thee shall come a Governor, that shall rule my people Israel. (Matthew 2:1-6)

Matthew here is making reference to the prophecy of Micah:

But thou, Beth–lehem Ephratah, though thou be little among the thousands of Judah, yet out of thee shall he come forth unto me that is to be ruler in Israel; whose goings forth have been from of old, from everlasting. (Micah 5:2)

There was to be a time of trouble for Israel. The people would be dispersed and persecuted but there was hope because eventually they would be gathered out of the lands of their enemies and return to their homeland. It would have been a sign to the faithful that this time was heralded by an act of great cruelty. This prophecy is found in Jeremiah.

Then was fulfilled that which was spoken by Jeremy the prophet, saying, In Rama was there a voice heard, lamentation, and weeping, and great mourning, Rachel weeping for her children, and would not be comforted, because they are not. (Matthew 2:17-18)

Matthew identified the period of Herod's proclamation to kill the young children, following the Messiah's birth, with this prophecy in Jeremiah:

The work of John the Baptist to prepare the people for the coming of their Messiah was prophesied in Isaiah.

For this is he that was spoken of by the prophet Esaias, saying, The voice of one crying in the wilderness, Prepare ye the way of the Lord, make his paths straight. (Matthew 3:3)

Another sign that the Messiah was in their midst was that of the appearance of John the Baptist which is quoted from Isaiah by Matthew.

The voice of him that crieth in the wilderness, Prepare ye the way of the LORD, make straight in the desert a highway for our God. Every valley shall be exalted, and every mountain and hill shall be made low: and the crooked shall be made straight, and the rough places plain: (Isaiah 40:3-4)

The ministry of the Messiah to bring understanding to Israel began in Capernaum, the region of Zebulon and Naphtali.

And leaving Nazareth, he came and dwelt in Capernaum, which is upon the sea coast, in the borders of Zabulon and Nephthalim: That it might be fulfilled which was spoken by Esaias the prophet, saying, The land of Zabulon, and the land of Nephthalim, by the way of the sea, beyond Jordan, Galilee of the Gentiles; The people which sat in darkness saw great light; and to them which sat in the region and shadow of death light is sprung up. (Matthew 4:13-16)

This detail related to the Messiah's ministry is also found in Isaiah and Matthew has given his readers the source to verify that it was prophesied also.

Nevertheless the dimness shall not be such as was in her vexation, when at the first he lightly afflicted the land of Zebulun and the land of Naphtali, and afterward did more grievously afflict her by the way of the sea, beyond Jordan, in Galilee of the nations. The people that walked in darkness have seen a great light: they that dwell in the land of the shadow of death, upon them has the light shined. (Isaiah 9:1-2 )

There would be few in Israel who would understand and accept Yeshua as their Messiah. They did not believe Moses, the Psalms or their prophets and for this reason they would fail to recognise their Messiah. Isaiah had made reference to the conditions that would prevail at the time Yeshua was revealed to the nation of Israel.

Therefore speak I to them in parables: because they seeing see not; and hearing they hear not, neither do they understand. And in them is fulfilled the prophecy of Esaias, which said, By hearing you shall hear, and shall not understand; and seeing you shall see, and shall not perceive: (Matthew 13:13-14)

The reason is given why Yeshua spoke in parables during his ministry in Isaiah. Some would understand but the scoffers and antagonists would not.

The teachings and doctrines of men had replaced the Word of God. Isaiah had prophesied these conditions that prevailed during Yeshua's ministry.

Ye hypocrites, well did Esaias prophesy of you, saying, This people draw nigh unto me with their mouth, and honour me with their lips; but their heart is far from me. But in vain they do worship me, teaching for doctrines the commandments of men. (Matthew 15:7-9)

Again Isaiah is referred to where he described the way in which the religious leaders in Israel would replace the true worship of Yahweh with their own laws and traditions.

Wherefore the Lord said, Forasmuch as this people draw near me with their mouth, and with their lips do honour me, but have removed their heart far from me, and their fear toward me is taught by the precept of men: Therefore, behold, I will proceed to do a marvellous work among this people, even a marvellous work and a wonder: for the wisdom of their wise men shall perish, and the understanding of their prudent men shall be hid. (Isaiah 29:13-14) 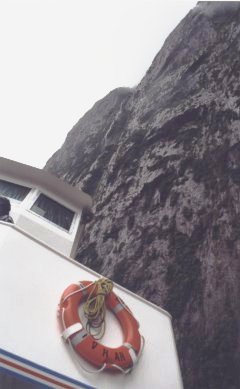 Matthew 21:1-5, “Behold, your King comes unto you, meek, and sitting upon an ass, and a colt the foal of an ass” which has been quoted above is a reference to the prophecy of Zechariah., in which again some very specific events which identified the Messiah were prophesied.

Rejoice greatly, O daughter of Zion; shout, O daughter of Jerusalem: behold, thy King cometh unto thee: he is just, and having salvation; lowly, and riding upon an ass, and upon a colt the foal of an ass. (Zechariah 9:9)

There is a prophecy of the future temple in the Kingdom, which Isaiah described, in Matthew 21. He refers to the nation of Israel regathered and others, that is the Gentiles, who would be joined to Israel. The Temple that existed in AD30 was to be destroyed, but there was to be a greater temple as prophesied and described by Ezekiel in the distant future.=

And said unto them, It is written, My house shall be called the house of prayer; but you have made it a den of thieves. (Matthew 21:13)

Note that Isaiah states that the house of prayer “shall be called a house of prayer”, The Temple in AD30 was “a den of thieves” and was to be destroyed by the Romans.

Even them will I bring to my holy mountain, and make them joyful in my house of prayer: their burnt offerings and their sacrifices shall be accepted upon mine altar; for mine house shall be called an house of prayer for all people. The Lord GOD which gathered the outcasts of Israel said, Yet will I gather others to him, beside those that are gathered unto him. (Isaiah 56:7-8)

This section is interesting as the quotation maintains the original distinction between LORD (Yahweh) and Lord (Adonai/Yeshua). Yahweh's son would be raised from the dead and await the time when he would judge the nations and destroy unrighteous rulers.

He said unto them, How then does David in spirit call him Lord, saying, The LORD said unto my Lord, Sit thou on my right hand, till I make thine enemies thy footstool? If David then call him Lord, how is he his son? (Matthew 22:43-45)

This pair of quotations make it clear that there is a distinction drawn between the Creator(Yahweh) and his son Yeshua.

The LORD said unto my Lord, Sit thou at my right hand, until I make thine enemies thy footstool. The LORD shall send the rod of thy strength out of Zion: rule thou in the midst of thine enemies. Thy people shall be willing in the day of thy power, in the beauties of holiness from the womb of the morning: thou hast the dew of thy youth. The LORD hath sworn, and will not repent, Thou art a priest for ever after the order of Melchizedek. The Lord at thy right hand shall strike through kings in the day of his wrath. He shall judge among the heathen, he shall fill the places with the dead bodies; he shall wound the heads over many countries. (Psalms 110:1-6)

Again we see the fine detail contained in the Old Testament related to the life of Yeshua. In this case it relates to such actions as that of Peter when he denied knowledge and acquaintance with the Messiah. Yeshua would be forsaken by his friends at his crucifixion. The following quotation from Zechariah describes Yeshua forsaken by his followers at his crucifixion.

Then said Jesus unto them, All you shall be offended because of me this night: for it is written, I will smite the shepherd, and the sheep of the flock shall be scattered abroad. (Matthew 26:31)

Yeshua, the shepherd, was sadly forsaken by many of his closest friends.

Awake, O sword, against my shepherd, and against the man that is my fellow, said the LORD of hosts: smite the shepherd, and the sheep shall be scattered: and I will turn mine hand upon the little ones. (Zechariah 13:7)

For more see The Promises or Law of Moses

The vital difference between a poor nation and prosperous one is the education and applied objective knowledge of all its citizens. A nation who teaches lies will fail, as contradiction beeds confusion and confusion prevents learning. Likewise in the Commowealth of the faithful sons and daughters of Abraham (Eph 2:12) spiritual prosperity can only come with right knowledge of truth.